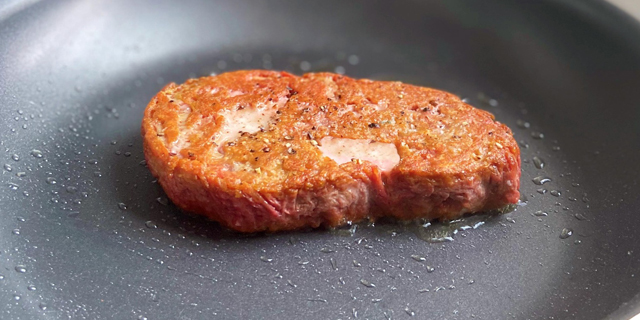 Chunk Foods, an Israeli startup that develops meat-alternatives, announced on Tuesday that it had completed a $2 million pre-seed round led by Kansas firm Stray Dog Capital, Good Seed Ventures, and the MIT-affiliated E14 Fund. Chunk Foods leverages cutting-edge fermentation technology to produce whole-cut plant-based meat products. Stray Dog Capital is considered a pioneer in the alternative-protein sector and has invested in similar companies such as Beyond Meat, among others. Recently, the plant-based-meat industry has seen a major boom and drawn investors and investment groups alike to find sustainable forms of protein. According to the Good Food Institute, alternative protein companies saw $3.1-billion in investments throughout 2020. This is three-times more than in any other single year in the industry’s history. In the fermentation sector where Chunk Foods operates, nearly $600 million in investments were seen in 2020, which is more than double the amount raised in 2019.

Amos Golan, Chunk Foods’ founder and CEO founded the company as part of an effort to utilize fermentation technology and fill a gap in the plant-based-meat market. Spun out of the Massachusetts Institute of Technology, the startup is the first that enables large-scale manufacturing of clean label, realistic meat alternatives. Using its proprietary fermentation process, the startup will be the first to focus on developing beef and fish alternatives using just a handful of healthy ingredients. The current funding round will be used to further develop the startup’s products, and hire additional employees. “We are thrilled to welcome Chunk Foods to our portfolio,” said Johnny Ream, Partner at Stray Dog Capital. “Development of plant-based alternative proteins that resemble traditional whole-muscle products such as steak are often regarded as the most difficult and complex to achieve. We believe Chunk’s technologies and proprietary processes have strong potential to play a significant role in bringing these types of products to market.” “Consumers expect healthy, nutritious and clean label options for their daily staples like meat and fish. They want their food to be aligned with their values, and they’re no longer willing to make compromises,” said Amos Golan, founder and CEO of Chunk Foods. “Whole muscle cuts of beef such as sirloin, chuck or ribs have been the Holy Grail of alternative meats as they account for about 60% of the beef market in the U.S. We’ve overcome the technological limitations of other approaches by naturally creating delicious and realistic products with many of the attributes of meat, while ensuring a clean and short ingredient list using our novel fermentation technology. We’re excited to make that vision a reality.”