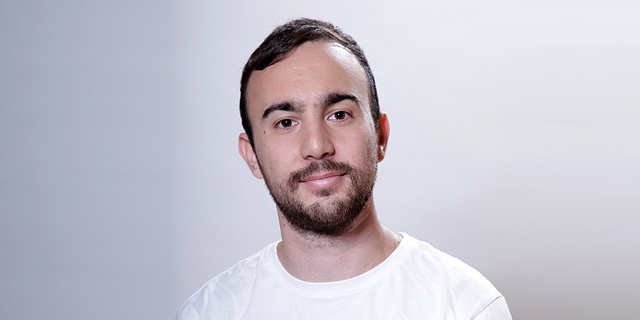 A survey held by Machine & Deep Learning Israel has revealed that the average salaries in the data science and machine and deep learning sectors at GAMFA stands at NIS 55,700 (approximately $17,200) a month

The tech giants, namely Google, Amazon, Microsoft, Facebook, and Apple, (GAMFA) are sending salaries in the data science and machine and deep learning sectors to new highs, leaving even Fortune 500 companies in their wake, a new survey by Machine & Deep Learning Israel has revealed.

Machine & Deep Learning Israel (MDLI) holds an annual survey among its community members in order to map out the latest trends in the Data Science and Machine Learning sectors. The latest survey included 1,250 people and its results were analyzed by Data Scientist and algorithm developer Omri Goldstein. According to the survey, the average salary in the data science and machine and deep learning sectors at GAMFA R&D centers in Israel stands at NIS 55,700 (approximately $17,200) a month. That figure likely also underrepresents the true reality of the magnitude of the salaries as the highest option in the survey was ‘only’ NIS 70,000 ($21,600) or more. The salary at non-GAMFA companies in the same professions stands at NIS 39,000 ($12,000), showing that the smaller companies are struggling to compete with the conditions being offered by the tech behemoths.

"The most surprising part to me was the salary gap between GAMFA companies and the rest. We knew GAMFA pays a lot more than startups or large companies but we had no idea how much more," said MDLI founder Uri Eliabayev, who is considered one of the leading figures in the Israeli AI and ML community, with more than 22,000 industry experts and professionals on his Facebook group and on the website that he started five years ago. "We heard from community members that Ph.D. researchers could make as much as NIS 100,000 ($30,700) or even more. Those salaries are very high even for Fortune 500 companies." Eliabayev told CTech that revealing the salaries being paid by GAMFA companies could disrupt the whole AI ecosystem. "Recruiters I have spoken with on the matter did mention that this new information could hurt their efforts to recruit and compete with those salaries," he explained. The average salary among all respondents was NIS 36,500 (approximately $11,250) per month, an increase of around 15% from the previous salary survey conducted two years ago. The average is likely even higher as an unexpectedly large number of respondents selected the highest available option, saying that they earn NIS 70,000 ($21,600) or more a month, meaning their salary was calculated as NIS 70,000 even though for many of them their income is actually higher. 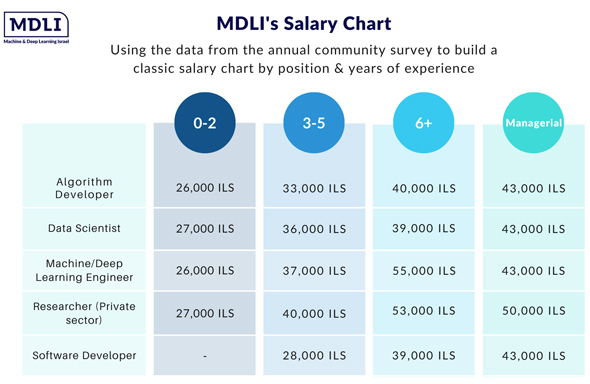 Eliabayev explained the reasons behind the increase in salaries. "To begin with, data scientists are in high demand. Additionally, companies that have data positions are generally more mature, as it takes many resources to maintain a data team (money, GPUS, etc.). Perhaps those companies weren't affected much by Covid-19," he said. "Last but not least, the big companies continued recruiting throughout the pandemic so it also affected the average. It is also worth mentioning that while at the beginning of Covid-19 we saw some layoffs and salary cuts, matters quickly returned to normal and the average salary climbed. "The need for data positions is only increasing. We have our own job board and watch closely the demand in this field. I can even say that I can currently see companies gearing up to recruiting more Data scientists or ML engineers than ever before." The gap in salary between men and women remains clear, with women earning on average of around NIS 3,000 ($925) less than their male counterparts, an 8% difference, averaging a salary of NIS 34,300 a month. The survey showed that men clearly earn more than women at every level, with the biggest gap displayed among respondents with PHDs, with women with doctorates earning 24% less than men who have the same level of education. Machine & Deep Learning Israel has also built a new salary calculator open to the public that breaks down average salaries according to profession, experience, company size, and more. "The main objective of the calculator is to allow people to know how much they are worth," explained Eliabayev. "Usually, people will consult with 3-5 close friends, but now they can ‘consult’ with 1,200 people instead. By making sure people know their worth, I also hope to help women in the field to make sure they get paid accordingly. In previous years, I got many messages from women who told me that they relied on the report to ask for a raise. I hope this year this effect will grow."