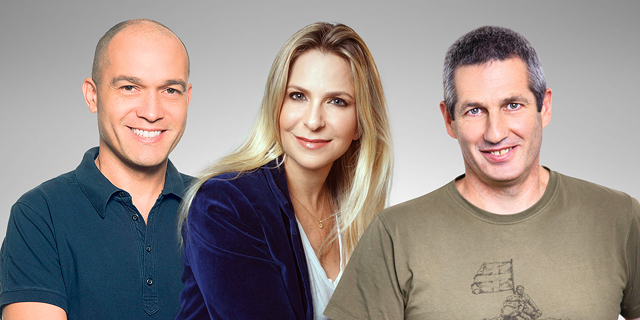 “Gaming today is bigger than theater and television combined”

Gigi Levy-Weiss, Managing Partner at NFX, added that there’s an unprecedented growth in investments by funds which weren’t active in the space in the past. “Everything is happening in Israel and that gives us a great advantage,” said Daniel Cohen, Managing Partner at Viola Ventures, at Calcalist and Google’s Startup Week Conference

The blossoming of gaming and the success of Israeli B2C companies was at the center of a recent panel at Startup Week sponsored by Google and Calcalist. Three leading Israeli venture capital investors spoke to Calcalist’s Meir Orbach about the gaming and B2C industry: Daniel Cohen, Managing Partner at Viola Ventures, Sivan Shamri-Dahan, Managing-Partner at Qumra Capital, and Gigi Levy-Weiss, Managing-Partner at the NFX fund. After an interesting year, which began with worry and ended with the streaming of capital into companies focused on the private consumer sector, it has become clear that firms that sell directly to end consumers and are focused on digital services have put themselves in a great position. “People were at home and had a lot more time,” Sivan Shamri-Dahan said, adding “many people began needing online services and it opened an entirely new crazy market.”

“The price of advertising also dramatically declined, and companies who moved quickly enough grew phenomenally, by 150% or 200%, and squeezed three years of growth into one year alone. The positive side is that need will remain here for a while.” 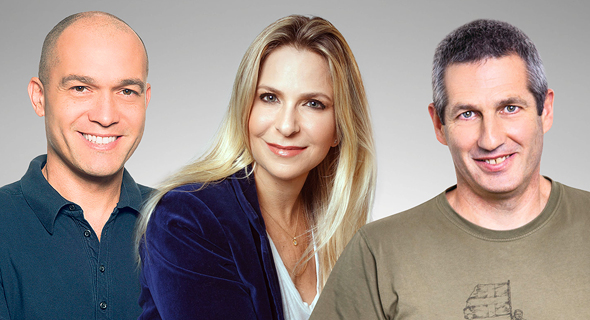 Gigi Levy-Weiss, Managing-Partner at the NFX fund, said that the world of gaming is one of the biggest winners. “Gaming is with us anywhere, anytime, due to mobile phones,” he said. Levy-Weiss also spoke about the new phenomenon that stems from the generational gap, where gamers aren’t only youth or young children anymore, but even adults up to the age of 60, who grew up with gaming as children, and still enjoy it today. “This is an industry that grew by 45%-50%,” he said. The increase in the amount of free time contributed to this and also brought exposure to new communities, “and this is something which won’t change.” Another point that Levy-Weiss raised is the differentiation that has been created from a business viewpoint between the world of gaming and entertainment. If in the past, investors preferred to approach the gaming industry just like they would theater, today it is clear that those fields are completely separate, and gaming isn’t just “a world of creativity, but a world of facts, figures, and optimization. For example, Playtika has more data science aspects than creativity,” he said. He also added that it’s far easier for investors to invest in a company that operates according to data rather than creativity. “Today, gaming is bigger than theater and television combined. There is an unprecedented growth in funds which weren’t active in this field and now are. Israel is considered a powerhouse in the field of data-based gaming, and while it isn’t strong in the traditional AAA video game industry, it certainly is when it comes to mobile gaming.” “It’s not a field that was particularly strong in Silicon Valley,” added Daniel Cohen, who served as Managing Partner at Viola Ventures. He believes that has resulted in many centers popping up around the world in Scandinavian countries, Eastern Europe, and of course, Israel. Viola, like NFX, even founded a new fund focused primarily on investing in the gaming industry. Cohen also addressed the differences in investing in gaming companies compared to traditional startups. “We’re talking about companies that don’t need several fundraising rounds, and the good ones become very profitable quite quickly, and if you miss the point where they need money, you’re too late.” Cohen also emphasized that Israeli companies in the field, such as Playtika, Plarium Global Ltd., and others have reached a significant size without “burning money. Even ironSource where we’ve invested grew rapidly because of this fact,” Cohen concluded. “In Israel, significant talent has been created in this field,” Shamri-Dahan said. “There’s a uniqueness that has been created here in Israel, and is a very significant factor in the growing B2C industry.” Levy-Weiss agreed and even compared companies from different fields such as Monday.com, which operates in line with the B2C model. Selling these models to enterprise teams, for example, works the same way. “An amazing ability has been created here in Israel which didn’t exist in the past, and enables companies in entirely new fields to be founded here.” In addition, the ability to market also enables companies to develop products without physically relocating to the U.S. “You can build a large company without even visiting Silicon Valley once. Entrepreneurs need good connections with platforms like Google and Facebook to verify that they are using all the necessary tools properly, but the foundation of the company could be in Israel and doesn’t require relocation.” Another interesting insight that arose was that today people can’t characterize Israeli high tech as only being associated with a single segment. “There are amazing young companies today from every field, there’s nothing that isn’t already happening here,” Levy-Weiss said. “If in the past, we focused on the digital side of B2C, we could now be seeing more companies that incorporate a physical product, like Tyto Care, which has room to expand.” Cohen also agreed that Israel has the full package, but thinks there is trouble around the corner. “High tech is still lacking manpower, and if Israel doesn’t recover soon then we’ll approach a new glass ceiling which will become our biggest problem. The problem isn’t that there aren’t enough good ideas or operational capabilities, rather that we’re lacking in manpower.”