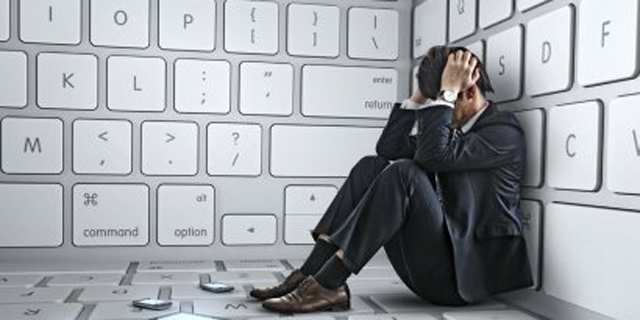 This past year showed us all how powerful our brains can be and many of us, myself included, really struggled with our mental health throughout this pandemic. I’ve spoken about this before, and I’ve even covered some remarkable companies in the space, but the world of mental health remains primitive, archaic, and some might say, totally broken.

It is for this reason that I decided to include the topic of mental health in my new newsletter that I’ll be launching in the coming days.

There is a huge need, a trillion dollar need for some innovation in the mental health space.

To take it one step further, more and more teenagers are suffering from eating disorders, depression, and anxiety.

Meet CoBe Labs, a Herzliya-based social impact startup that works to change the way we detect and treat mental disorders. CoBe Labs was founded in 2020 by Meir Refael and Haddas Herzog Manor, following the personal story of Refael’s teenage daughter who struggles with severe anxiety disorder.

The founders came to the understanding that using AI, they can create a major and meaningful shift in the mental health sector, a $16 USD Trillion estimated cost by 2030. Refael is a machine learning expert with vast experience in management and the development of cloud based systems. He served in senior positions in several large companies and brings an in-depth academic knowledge in mathematics, statistics and computer science.

Herzog-Manor has over a decade of experience in product strategy and start-up management, and did so while specializing in defining technological products that meet real-life user and market needs, based on a business-research process.

In the three years they have known each other, they worked very closely together, both as colleagues and as the founders of CoBe Labs. After spending 40 years combined in tech companies, they decided that it was time to work with a real social purpose! Through CoBe Labs, they are eager to help millions of teenagers by using the power of tech!

CoBe Labs’ product and technology became a real necessity for solving a crucial social problem, especially nowadays, due to COVID-19.

Mental health disorders often arise in adolescence, and early diagnosis, treatment and management has been shown to improve long-term outcomes. Pre-covid numbers point to about 240 million kids and teens suffering from mental issues, while shockingly 80% of them are NOT diagnosed or treated. Staggering!

Due to Covid, the numbers are skyrocketing. The shortage and inaccessibility of mental-health providers prevent most of the troubled adolescents from receiving help.

The average waiting time for a professional mental-health assessment in the US is 12-18 months in urban areas, while in most rural areas there are no providers at all. In Israel the waiting time is approximately 10-12 months… That is clearly unacceptable.

CoBe's accessible AI-based solution provides a new approach to early detection and treatment of adolescent mental and behavioral disorders, and especially anxiety disorder, so no troubled teenager will have to struggle alone. The CoBe system harnesses teenagers’ day-to-day language and fuses it with proven diagnosis and treatment protocols, as well as cutting edge AI/machine learning technologies, into one friendly confidential chatbot to support long-term mental health and well being. The chatbot imitates the cognitive processes used by a psychotherapist - it collects information, analyzes it, and matches it to relevant protocols and criteria. The system then creates a personalized, authentic conversation- it’s there to listen, encourage and suggest simple ways to cope with anxiety and life stressors, while providing insights for psychotherapists in case they are involved in the process.

The concept reminds me of another company we’ve discussed, Kai, which I’ve been using for months.

CoBe Labs helps overcome the gaps of communication between teens and the therapeutic world. It uses the same lingo as the teenager, thereby gaining their trust and engagement, which is key for the improvement and success of any therapeutic treatment.

The concept is fairly simple. Teenagers (and some adults) spend a ridiculous amount of hours on their mobile devices. If we are able to offer them therapy without asking them to put the phone down, the sky's the limit.

CoBe Labs is in a relatively early stage and has not raised external capital. Although they have yet to secure funding, they were able to develop an initial working product that is now gaining major interest!

The company is currently focusing on a couple of big projects, including some super interesting initiatives and partnerships with major providers in Israel and Canada. They are also in talks with several insurance firms.

CoBe Labs is also working on building and growing its beta community of US-based teenagers, while prepping their POCs with US-based psychotherapists, treatment centers and various mental health facilities.

The all-star team of CoBe Labs also includes Dr. Claudia Lang, a senior psychologist with over two decades of experience in the assessment and treatment of children, adolescents and their parents. She also serves as the Director of the Anxiety Clinic at the Sheba Medical Center, as their clinical expert. The dynamic team also consists of their developer, a content/UX expert, and marketing department.

I spoke to the Co-Founder and CEO, Haddas Herzog Manor who is extraordinarily passionate about the space - something I believe is very necessary if we are going to finally fix the process by which a person is diagnosed and treated for a mental disorder.

Even though this company is super early, because of the vast need of a solution like theirs, I am very confident you’ll be hearing a lot about CoBe Labs in the near future. I know I’ll be following their progress very closely while cheering them on from the sidelines.

Mental health is as mainstream as anything else and it’s about time we took it on head on while removing the stigma associated with mental illness.