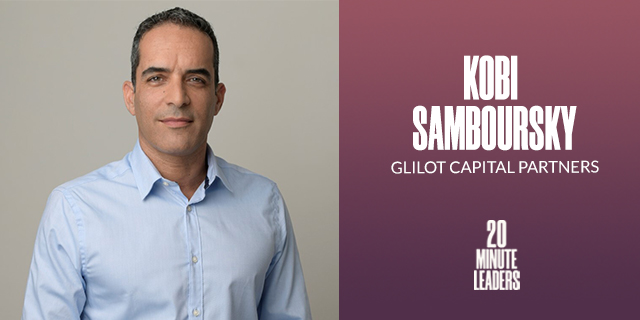 Speaking with Michael Matias, Kobi Samboursky from Glilot Capital Partners advises entrepreneurs to stick it out through challenges and continue to think outside the box

Though any exit is exciting for Kobi Samboursky as an investor or entrepreneur, he finds that they are even more rewarding when the company’s journey has taken it through some tough times. In fact, though his first startup’s exit wasn’t his biggest, he remains the most proud of it because it happened in a tough economy. Now the founder and managing partner of Glilot Capital Partners, Samboursky advises entrepreneurs to stick it out through challenges and continue to think outside the box. He believes a company’s DNA is created in the first four months, and change is harder to make later on. Focusing on having the right team, product, and help in the early days will save time and money, he says. Glilot has been focused on seed stage companies but recently launched an early growth fund to be more involved in expected growth of the local ecosystem.

I'd love to hear about your journey, all the way back from 8200. What guides you as you go on the path from entrepreneur to VC?

I started my career in 8200. I started thinking, what's the next step? I already had my MBA, and I was thinking to start a company. But I had no idea how to start a company. I actually ended up delaying my dreams and joined another startup just to get a sense of how things are done, which I think is probably good advice for most people.

What is that entrance to the world like as an entrepreneur then? Because today anybody can go online and do a crash course on how to raise money.

When I started, the ecosystem was much thinner. There were a few VCs, not as many as today, and most of them had a financial orientation. For my first startup, we got money from angel investors and then moved to the States, and then things started to roll out. But then the big bubble burst happened, and I found myself struggling just to keep afloat and ended up pivoting to the Japanese market, believe it or not, and actually sold the company in Japan. It was not a big exit, and I’ve done 12 or 13 exits since as an entrepreneur and investor. But to me, that's the one that I'm probably still most proud of, not because it was big, but just because it was in such a tough environment.

Take me to that moment when the bubble burst. As the leader, what do you have to do?

I remember one of my VPs asking, “Kobi, you were always pessimistic, and now when the world is collapsing, then you start to be optimistic.” What I try to do as a leader is always kind of balance the team. To be honest, the few months before when the bubble was still bubbly, everyone was so optimistic and I was trying to calm people down because it did not feel real. Then when everyone started to be gloomy, I really thought that I need to encourage everyone. It is really like a challenge of your stamina and your ability to lead because at the end of the day, it's easy to lead when everything goes great. It's the real challenge that comes when things are different. One of the things that are most important for entrepreneurs is to be there in tough times and to think outside the box. My partner and I really fought and were able to get the company to an exit at the end of the day. 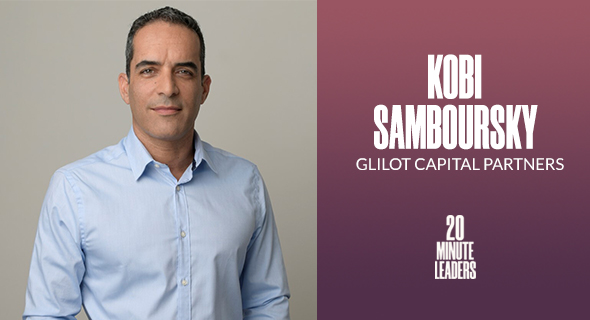 In 2011, you helped create Glilot Partners. In 2011, where is the Israeli ecosystem in your mind? What is the thesis behind the centered focus on AI and cybersecurity?

After two big market meltdowns, the one of 2000- 2001 and the one of 2008, the ecosystem was very limited and problematic. Our thinking was that there's a huge potential in the Israeli startup ecosystem. Back then, people were still arguing about the important place of startups within the ecosystem and specifically Israeli startups, and we said, ”Startups are the way to go, and Israeli startups are going to be the leading ones.” We felt that it's not just about picking great companies. We thought as an investor, you must come with a bigger vision and strategy of how to pick companies and how to help them. Our thinking is you cannot really pick and you cannot really help if you're jumping from one thing to the other. We decided to focus on mainly cyber and other deep software technologies. The other important element is that we are very involved and very committed to the success of the companies. For us, it's not about the portfolio. It’s not “if company X fails, it doesn't matter because we have 10 others.” After we invest, we are 100 percent committed to getting the maximum result out of the specific company. Those two elements of being an expert, helping and being committed is probably the most important part in what we do, and this is what drives our success.

You also have a strategy of going in early, right? Why go so early when founders barely know what they're doing?

We like to get in early. This is, at least in my mind, where most of the fun is. I still see myself as an entrepreneur. The fun part is to be there from day one and to help shape the future, the product, and the team, and so forth. I am a big believer that the DNA is created in the first four months. What we have done in Glilot, we have built a full infrastructure to help portfolio companies. We have 1,000 executives in our network, and about 10% of them are our advisors. You can use this help as a late-stage company. But if you start early, you can save so many mistakes and so much waste of time and money.

Talk a little bit about the growth fund. It's a little different than a lot of other VCs in Israel and it's very different from your original strategy.

We started with a seed-stage fund, and honestly, in a good way, we looked at ourselves more like a boutique. We said we don't want to be big. We’ll measure ourselves on what great returns we provide both to investors and to entrepreneurs. I think what really kind of kicked in in the last year or two is the opportunity in this early ecosystem is really amazing, and we have created a very strong platform to take advantage of much more than two or three deals a year. Now we have an early growth fund. We're seeing so many great companies that we did not invest in seed, and with many of them, we are in touch, sometimes we help them with connections. We find ourselves helping companies even outside of our portfolio, and it just makes sense to expand our horizons and invest in companies that are outside of the portfolio. We want to be able to provide them help and support from the position of a later stage investment, to make our network available to them in a structured way and be able to take a bigger part in the local ecosystem. Now specifically after 2020, I'm super optimistic that we'll see more (unicorns). In our mind, it's changing the mindset of being a small boutique to being an important platform in the Israeli ecosystem.

I think the most exciting part is this move from 0 to 1, after the first sale. Going from nothing to something, to a product to a DNA of a company. It's almost like a living creature that has his own life and destiny. The most exciting things to me are the successful end results, specifically for journeys that have been tough. Sometimes you have an exit after two years and it's been very easy, which is amazing. But to me, what's more exciting is companies that are running on longer, suffering from something or tough times, and still finding a way to overcome. To me, those are the most rewarding situations.

Entrepreneur, drive to success, and people person. At the end of the day, we are people and that's what really counts.