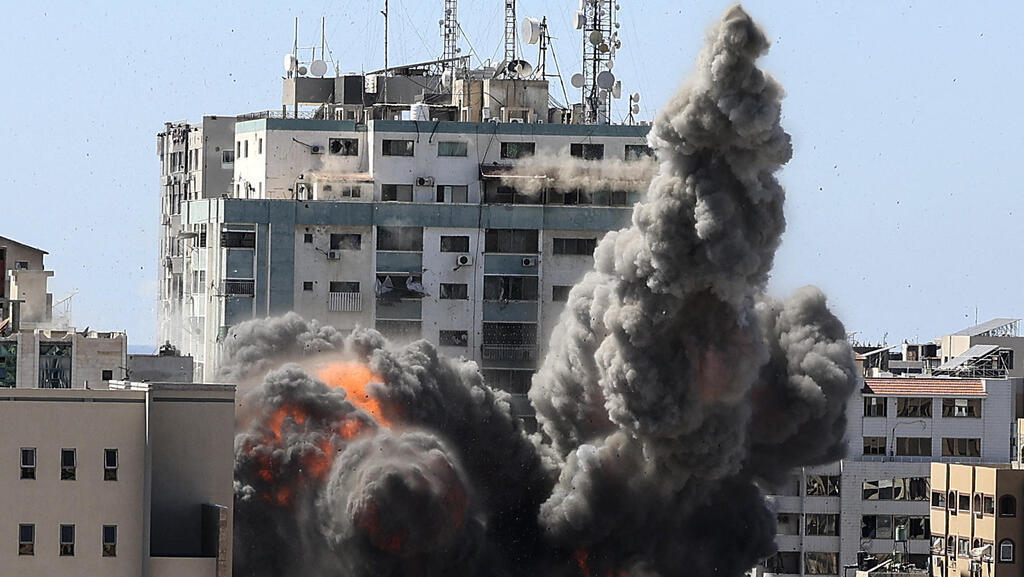 Israel's military brought down a 12-storey block in Gaza City that housed the U.S. Associated Press and Qatar-based Al Jazeera media operations, as well as other offices and apartments

Israel pounded Gaza on Saturday, destroying a tower block that housed news media organisations, while Palestinian rocket salvoes hit Tel Aviv with no sign of an end to almost a week of fighting. Palestinians say at least 140 people, including 39 children, have been killed in Gaza since the conflict erupted on Monday. Israel has reported 10 dead, including two children. Israel's military brought down a 12-storey block in Gaza City that housed the U.S. Associated Press and Qatar-based Al Jazeera media operations, as well as other offices and apartments. 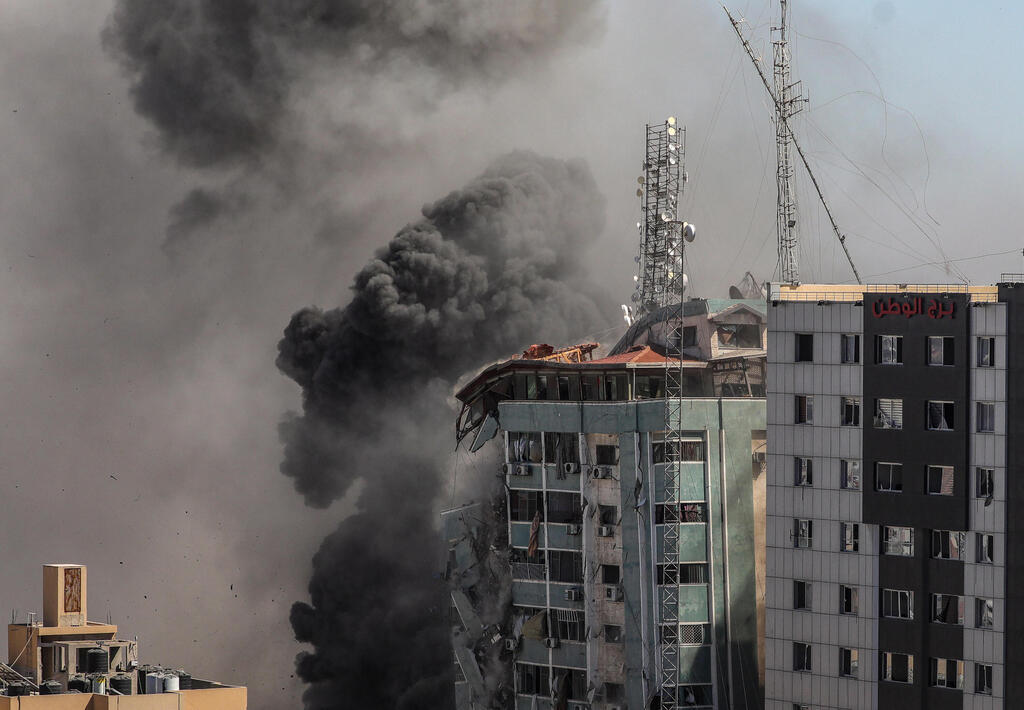 The Israeli military brought down the Al Jala building in Gaza on Saturday. Photo: EPA

Israel gave advance warning of the strike so it could be evacuated. The Israeli military said later the building was a legitimate military target because it contained military assets of Hamas, the Islamist group that runs Gaza.

The strike was condemned by the AP and Al Jazeera. The United States told Israel "that ensuring the safety and security of journalists and independent media is a paramount responsibility," White House Press Secretary Jen Psaki said.

Israeli Prime Minister Benjamin Netanyahu told U.S. President Joe Biden in a phone call that Israel is doing everything to avoid harming non-combatants in its fighting with Hamas and other groups in Gaza.

Netanyahu said proof of this was that during recent Israeli strikes on multi-storey towers "in which terrorist targets were attacked by the IDF (military), the non-combatants were evacuated", a summary of the phone call released by Netanyahu's office said.

Diplomacy has so far failed to quell the worst escalation in fighting between Israel and Palestinians since 2014.

The group said the salvoes responded to overnight strikes on Gaza's Beach refugee camp, where a woman and four of her children were killed when her house was hit. Five others died, medics said. Israel said it targeted an apartment used by Hamas.

Hamas began its assault on Monday after tensions over a court case to evict several Palestinian families in East Jerusalem and in retaliation for Israeli police clashes with Palestinians near the city's al-Aqsa Mosque, Islam's third holiest site.

Israel's bombardments have sent columns of smoke above Gaza City and lit up the enclave's night sky.

Akram Farouq, 36, dashed out of his home overnight with his family after a neighbour told him they had received a call from an Israeli officer saying their building would be hit - a familiar pattern for attacks on what Israel deems military sites.

"We haven't slept all night because of the explosions, and now I am out in the street with my wife and children, who are weeping and trembling," Farouq said.

Living conditions for Gaza's 2 million people are worsening, with households receiving just four hours a day of power instead of the usual 12, Palestinian officials said.

Israelis have learned to dive for cover at any time of the night and day. In Israel's coastal city of Ashdod, Mark Reidman surveyed damage to his apartment building from a rocket hit.

"We want to live in peace and quiet," the 36-year-old said, adding he had to try to explain to his three young children "what happened, and why this is happening".

Regional and international diplomatic efforts have yet to show any signs of halting hostilities.

Biden's envoy Hady Amr, deputy assistant secretary for Israel and Palestinian affairs, arrived in Israel on Friday, before a meeting on Sunday of the U.N. Security Council. The U.S. Embassy said in a statement that the envoy aimed "to reinforce the need to work toward a sustainable calm".

Egypt, which shares a border with Gaza and has led regional diplomatic efforts, has been pushing for a ceasefire so talks could start, two Egyptian security sources said on Friday.

In Israel, the conflict has been accompanied by violence among the country's mixed communities of Jews and Arabs. Synagogues have been attacked, Arab-owned shops vandalised and street fights have broken out. Israel's president, who has a largely ceremonial role, has warned of civil war.

Palestinians, who each year on May 15 mark "Nakba" or Catastrophe Day, their displacement in the 1948-49 war that accompanied the creation of the modern state of Israel, clashed with police across the occupied West Bank on Saturday.

Medics reported 29 Palestinians injured, 17 of them by live fire. Medics previously reported 11 people killed on Friday in the West Bank.

The conflict adds complexity to Israel's fractious politics. It has dealt a blow to opposition attempts to unseat Prime Minister Benjamin Netanyahu, when a potential right-wing partner scrapped coalition talks after violence erupted. This may mean Israelis face a fifth election in just over two years.

Israel said on Saturday about 2,300 rockets had been fired from Gaza at Israel since Monday, with about 1,000 intercepted by missile defences and 380 falling into the Gaza Strip.