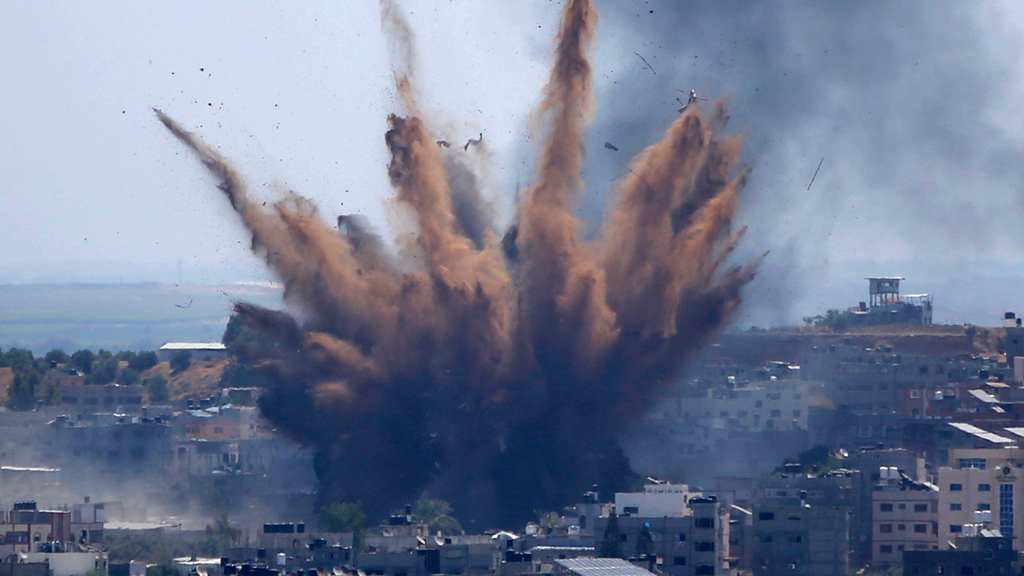 Israel pummeled Gaza with air strikes on Monday and Palestinian militants launched rockets at Israeli cities despite a flurry of U.S. and regional diplomacy that has so far failed to halt more than a week of deadly fighting.

Israel's missile attacks on the densely populated Palestinian enclave killed a top Islamic Jihad commander and left a crater in a seven-storey office building that Israel's military said was used by Gaza's Islamist rulers Hamas. Rocket barrages, some of them launched in response to the killing of Islamic Jihad's Hussam Abu Harbeed, sent Israelis dashing for bomb shelters with direct hits on a synagogue in Ashkelon and an apartment building in Ashdod. 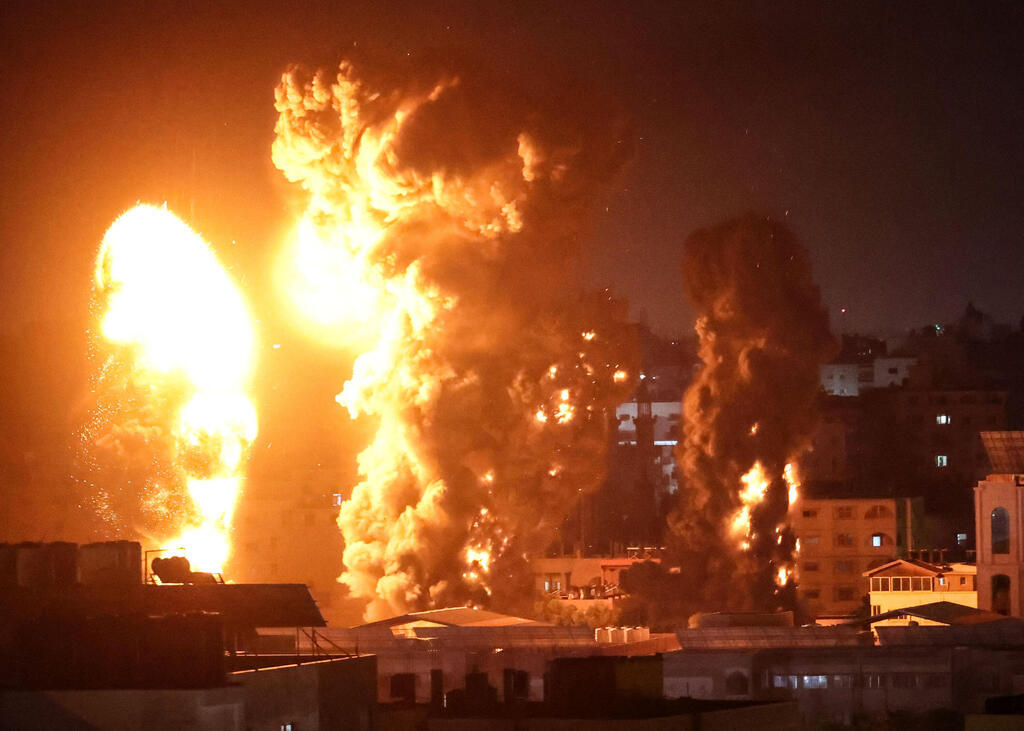 With the fiercest regional hostilities in years showing no sign of abating, U.S. Secretary of State Antony Blinken urged all sides to protect civilians. Washington, Egypt and U.N. mediators stepped up diplomatic efforts, and the U.N. General Assembly will meet to discuss the violence on Thursday. Gaza health officials put the Palestinian death toll since hostilities flared up last week at at least 204, including 58 children and 34 women. Ten people have been killed in Israel, including two children. The cross-border hostilities have been accompanied by an uptick of violence in the occupied West Bank, and by riots involving Arab and Jewish mobs within Israel and clashes in Jewish-Arab communities. Police said an Israeli man died in hospital on Monday after being attacked by Arab rioters last week. As Islamic Jihad mourned Harbeed's death, Israel's military said he had been "behind several anti-tank missile terror attacks against Israeli civilians", and an Israeli general said his country could carry on the fight "forever". At least seven Palestinians were killed in Israeli strikes on Gaza on Monday by evening. Two died in the missile attack on the office building, which Israel's military said was used by Hamas internal security. "My children couldn't sleep all night even after the wave of intensive bombing stopped," said Umm Naeem, 50, a mother of five, as she shopped for bread in Gaza City. Militant groups in Gaza also gave no sign that an end to fighting was imminent. Rocket sirens blared into the evening, and medics said seven people had been injured in a rocket strike in Ashdod. Earlier on Monday, Israel bombed what its military called 15 km (nine miles) of underground tunnels used by Hamas. Nine residences belonging to high-ranking Hamas commanders in Gaza were also hit, it said. "We have to continue the war until there is long-term ceasefire - (one) that is not temporary," Osher Bugam, a resident of the Israel coastal city of Ashkelon, said after a rocket fired from Gaza hit a synagogue there. Hamas began its rocket assault last Monday after weeks of tensions over a court case to evict several Palestinian families in East Jerusalem, and in retaliation for Israeli police clashes with Palestinians near the city's al-Aqsa Mosque, Islam's third holiest site, during the Muslim holy month of Ramadan. World concern deepened after an Israeli air strike in Gaza that destroyed several homes on Sunday and which Palestinian health officials said killed 42 people, including 10 children, and persistent rocket attacks on Israeli towns. U.S. President Joe Biden's envoy to the region, Hady Amr, met with Palestinian President Mahmoud Abbas in the West Bank city of Ramallah on Monday. Blinken said U.S. officials had been "working around the clock" to bring an end to the conflict. "The United States remains greatly concerned by the escalating violence. Hundreds of people killed or injured, including children being pulled from the rubble," he said after talks with Denmark's foreign minister in Copenhagen. Despite the flurry of U.S. mediation, Biden’s administration approved the potential sale of $735 million in precision-guided weapons to its top ally Israel, and Congressional sources said on Monday that U.S. lawmakers were not expected to object to the deal despite the violence. Blinken and other top U.S. officials put in calls to leaders in Egypt, Jordan and the United Arab Emirates on Monday. While the devastation in Gaza was likely to make it harder for Israel to expand its ties with Arab countries, Gulf states that invested in opening ties with Israel last year are showing no public sign of second thoughts. Brigadier General Yaron Rosen, a former Israeli air division commander, gave no indication on Monday there would be a let-up in attacks in what he called a "war of attrition". "The IDF (Israeli military) can go with this forever. And they (Hamas) can go on with their rockets, sadly, also for a very long time. But the price they are paying is rising higher and higher," he told reporters. The Israeli military said at least 130 Palestinian combatants had been killed since fighting began. Diplomatic efforts are complicated by the fact the United States and most western powers do not talk to Hamas, which they regard as a terrorist organisation. Abbas, whose power base is in the occupied West Bank, exerts little influence over Hamas in Gaza. Tensions have surged between Israel's Jewish majority and 21% Arab minority in what the country's president has warned could devolve into "civil war". General strikes over Israel’s Gaza bombardment were planned for Tuesday in Arab towns within Israel and Palestinian towns in the West Bank.