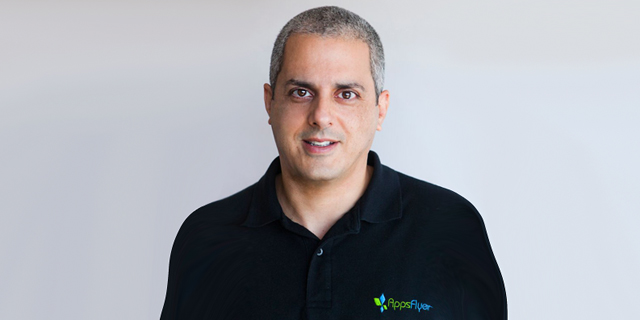 AppsFlyer CEO Oren Kaniel believes in meetings between youth and role models. “If you do good by one kid they will then pass it along”

Oren Kaniel, the founder and CEO of AppsFlyer, is a big believer in “meetings between Arab youth and positive role models, those who already have an established presence in the high tech industry and can show Arab youth that they can also succeed.” “You don’t need to reach the entire Arab population, it’s enough if you reach one kid and made his or her day and they will pass that on to others. This type of influence is exponential, just like the coronavirus (Covid-19) but in a good way.”

Kaniel added that he “will work toward bringing both peoples closer, and I hope that other companies in the industry will do as well, because now is the time to do so. No one can change the world on their own. This week we plan on seeing what else we can do to immediately bring both populations closer together. The goal is for students to grow close and embrace one another. These recovery processes are very slow. Our decision to beef up these activities for the sake of coexistence is trivial, because the damage caused is huge and will be difficult to repair,” Kaniel added. Kaniel added that he isn’t worried that such statements will place him on a certain side of the political map. “I think this is the most apolitical message you can make. Some are hesitant to take a stand since they fear associating themselves with one side of the political map. I don’t know any other patents that work aside from coexistence. The sane voice needs to be heard. Arabs comprise 20% of our population. That isn’t something that is going to change. The stronger side needs to be the responsible one. We need to approach every event with the same level of severity.” Kaniel wrote a post on Facebook which read: “The past days have left me feeling shocked. My heart breaks to see a handful of radical events from both sides destroying everything we have worked to build in this country. Every crisis presents an opportunity. That’s why I want to voice the majority sane side. We are going to double and triple our company activities to promote coexistence, and that includes Arabs, Jews, the ultra-Orthodox, and others. Repairing this will take a long time, and we are going to fight for coexistence with all our might. Responsibility is a right and that’s why as leaders it’s our moral duty to do so. It isn’t a matter of Right or Left, Sephardi or Ashkenazi, Arab or Jews, and has nothing to do with religious differences, or those based on race or gender. We will be glad to cooperate with any human and community to actualize our sense of personal responsibility.”