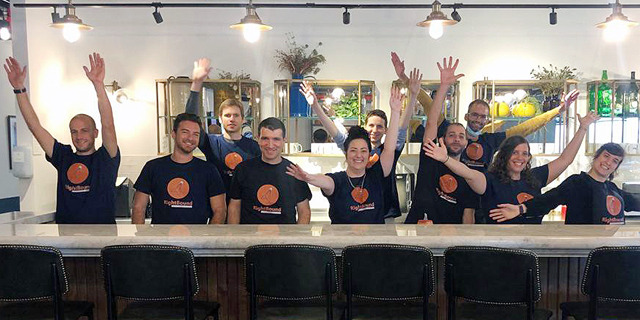 RightBound, which has developed an autonomous sales prospecting engine, announced on Wednesday that it has raised $12 million in series A funding, led by Innovation Endeavors with participation from IBI Tech Fund and Operator Collective. The financing round also included new investments from Operator Collective, and additional investments from existing angel investors Zach Weinberg, Nat Turner, and Gil Shklarski. RightBound currently has 20 full-time employees on the team and intends to double its headcount by 2022, hiring for new positions in the U.S. and Israel. The company has been growing 100% per quarter for the past year.

RightBound aims to bring a new paradigm for B2B sales, addressing what has become an impossible complexity in the prospecting process, transforming manual routines – such as company research, prospect selection, and multi-channel outreach – into a data-driven, AI-based autonomous process. The RightBound machine connects with Salesforce, Hubspot, Outreach.io, and Salesloft. Sales teams still work on their prospects in those platforms, but they no longer do the heavy lifting and manual work, and instead can focus on building relationships with personalized effort for fewer, warmer, engaged prospects. Over time, the RightBound machine learns and gets better to continuously optimize its targeting and outreach. “RightBound is bringing a completely new approach to sales prospecting that provides autonomous optimization for outbound sales for the first time,” said Ran Oelgiesser, co-founder and CEO of RightBound. “No machine could or should replace humans in B2B sales conversations. But it’s time for sales teams to step up and benefit from AI to its full extent when it comes to automation and optimization of research, targeting, and customized outreach – beyond what’s humanly possible." Today’s outbound sales teams are forced to invest significant time on repetitive prospecting routines - including account research, list building, and outreach orchestration - instead of focusing on 1:1 interactions with relevant prospects. RightBound automatically completes the manual account research on the rep’s behalf, conducts personalized outreach to prospects across multiple channels, and connects teams with relevant, engaged buyers. The company said that within 1-4 months of implementing RightBound, customers see between 100% and 300% ROI in terms of deals closed from leads sourced and engaged by the RightBound machine. “RightBound is the start of a whole new evolution and category of sales development,” said Aravind “Avi” Bharadwaj at Innovation Endeavors, who led the series A round. “Other solutions in this space are more like guidance or workflow tools; RightBound actually drives the prospecting process for you. It takes the power of AI to a whole new level of optimization and results. It’s like the difference between a navigation system and an autonomous vehicle. RightBound has the potential to fuel the sales efforts of every B2B business, from traditional industries to high-growth startups.”