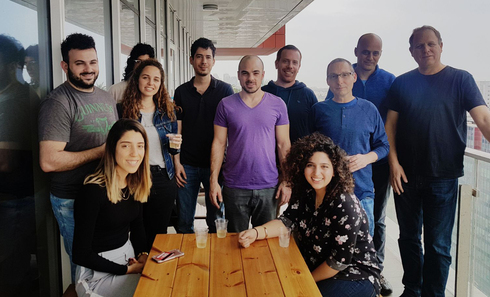 After Kia importer, Talcar Group, invested in the car-sharing company GoTo, another car importer is investing in an alternative to care sales.

Calcalist has learned that UMI, which imports Chevrolet, Cadillac, and other General Motors brands to Israel, has recently invested NIS 15 million (more than $4.5 million) in HopOn, a payment and ride planning company used by Israeli public transport providers.

In return for its investment, UMI, which is controlled by the Eini and Danon families, will receive 18% of the company. HopOn is in the process of raising NIS 30 million (over $9 million), which will be used for expansion abroad. HopOn was founded in 2013 by Ofer Sinai and David Mezuman and operates in developing technological solutions for public transportation, focusing on payments and travel planning. In 2015, it became the first company in Israel to enable digital payment on public transportation by scanning a barcode and digitally charging bus cards on Dan buses. Dan, one of Israel’s public transportation companies, owns 23% of HopOn, making it HopOn’s main shareholder. HopOn, which employs about 30 people, has raised about NIS 14 million (just under $4.5 million), from, among others, the German company Innogy, the Clearfuture fund, the Moneta Seeds fund, and the Prytek fund. Along with its barcode scan payments app, HopOn also operates Multi-Pass, a mobile payment app for traveling on public transportation, and Bus Close app for viewing real-time public transportation in Israel. Amir Rosenzweig, CEO of HopOn, said: "Along the way, we have made sure to include investors who are also identified with the company's impact - developing an advanced technological platform with the intention of leading a transport change that will make our lives simpler."