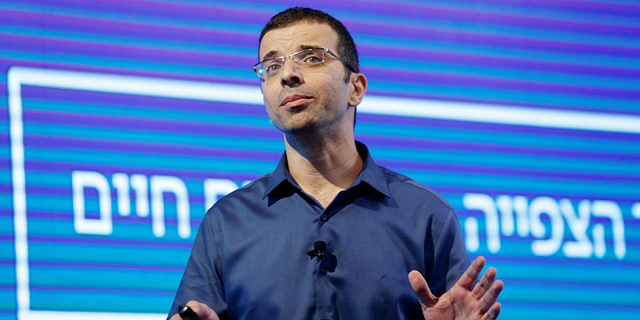 Former Director of Communications at the Prime Minister's Office follows in the footsteps of departing CEO Isaac Benbenisti, as well the Deputy CEO, CMO and VP of HR

Liran Dan, VP Strategy & Business Development at Partner Communications, notified the company on Thursday that he is stepping down from his role and plans to leave the company. According to sources close to the company, Dan had expressed his intention to leave several weeks ago, prior to the appointment of new CEO Avi Zvi, but agreed to delay his departure until after the new chief executive began his tenure. Dan will remain in his role until Partner hires a replacement. Dan, who has been at Partner since 2015 and previously served as the Director of Communications at the Prime Minister's Office, led together with former CEO Isaac Benbenisti Partner's entrance into the TV market, attracting some 234,000 subscribers to Partner TV and signing content deals with the likes of Netflix and Amazon.

Dan's upcoming departure comes on the back of a notable list of Partner executives to have left the company over recent weeks. Other than Benbenisti, Deputy CEO Yuval Keinan will be leaving Partner after not being chosen as the new chief executive, as well as CMO Terry Yaskil and VP of Human Resources and Administration Einat Rom. Partner's board of directors said in a statement, "We are full of appreciation for Liran Dan for six years of successful and innovative activity, and we wish him success in whatever he may do in the future."