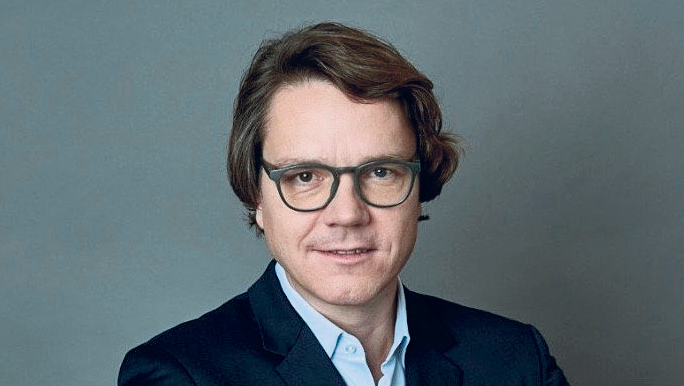 Can slow and steady win the startup race?

Patrick Flesner, author of "Fast Scaling" sure thinks so. In an interview with Calcalist Flesner explains how big investments hurt startups and why investor funds only care about the winners

Patrick Flesner, a senior official at Metro AG, the German equivalent of Walmart, and the best-selling author of "Fast Scaling", doesn’t believe in the current motto in the high-tech industry calling for rapid growth at any cost. A company like Assaf Rappaport's WIZ has been around for barely a year and has already raised more than $100 million, and there is no shortage of similar examples. However, Flesner argues in his book, which is becoming a big hit among tech executives, that this fast-paced growth is precisely what the industry needs to be wary of and that growth has to be managed gradually. "True, everyone is talking about scaling up today, meaning a leap forward, beyond normal growth, towards becoming a giant company. But I argue that growth should not come at any cost and especially not too soon. There is a big study called 'Startup Genome,' which was conducted at Berkeley and Stanford universities, it included a survey of 3,200 technology companies and revealed that 70% of them failed because of premature growth. Startups that managed their growth more gradually, eventually grew 20 times faster than startups that started growing too early. Some people say that cemeteries are filled with startups that failed, I say they are filled with startups that have failed to build stable and continuous growth." 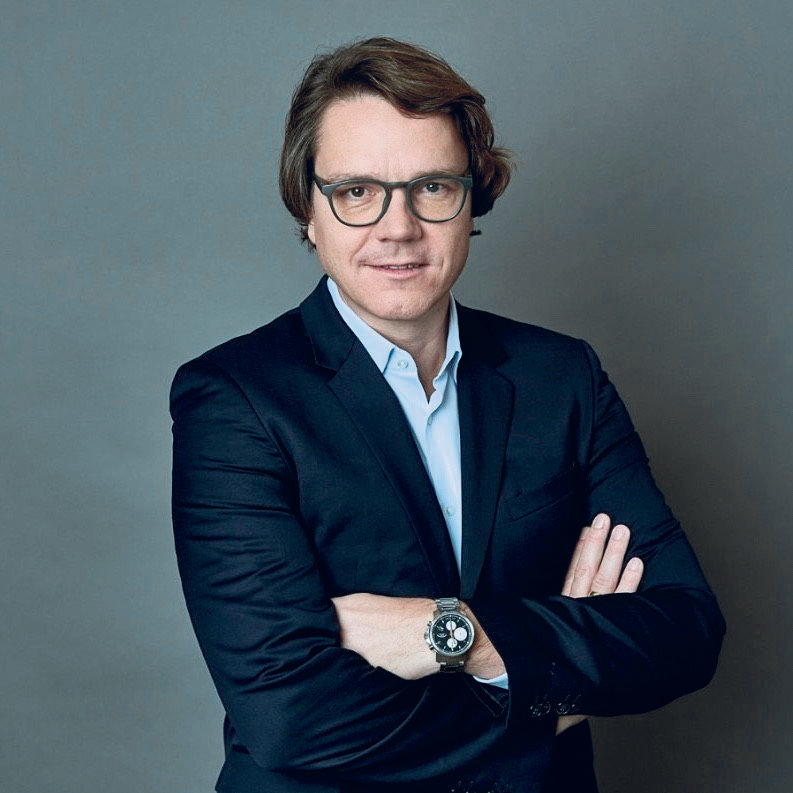 "Growth should not come at any cost and especially not too soon," Patrick Flesner

But how can you manage growth in a reality of excess capital in the system and an onslaught of entities that in the past were not interested in high-tech investments? Extremely large funds reach companies fast, sometimes even before they have a real product.

"First of all, one must lay a solid foundation for growth, understand the market and the costs. If I had to explain this in a sentence to my children, I would ask them: 'If Starbucks was your idea, would you immediately open 100 branches, or first open just one branch and see what coffee, what food, what furniture, and what music do the customers prefer?'"

And what do you see happening?

"As someone who for 15 years has built one of Europe's biggest technology portfolios, I see a lot of entrepreneurs rushing towards the 'scaling' phase - meaning growth and operation expansion - too early without realizing what makes the customer happy. Too many startups are rushed to grow. Not by using the Fast Scale methodology which I propose in the book, but rather by using a Blitz-Scale as defined by LinkedIn founder Reed Hoffman and American investor Chris Yea in their 2018 book on rapid growth. That’s exactly why I sat down to write my book in March 2020, just as the Covid pandemic forced the world to shut down, because in the period before that, just about every entrepreneur I met told me he wanted to reach a blitz of growth."

Are you referring to SoftBank and its CEO Masayoshi Son’s practices? Investing huge amounts to allow companies to take large market shares?

"True, and the prevailing method today is stupid. An entrepreneur wants to raise $30 million and a fund comes along and gives him or her $130 million. Too much money can actually cause damage for a startup because the need to meet such high expectations leads to rushing and neglecting many important issues. A startup is not just sales, it has many complexities. Pouring a lot of money on a group of companies like the Softbank and Tiger Global (a fund that has made headlines in recent months as a firm that invests in companies almost daily, and has invested in no less than 130 companies since the beginning of the year) model only makes sense to them as investors, because they can gain 30 times over one company and they do not care what happens to the rest.

“My view is different and I use a different model: I want 11 out of 12 companies I invest in to succeed. We saw huge investments, like in WeWork, and I'm sure there will be many more gorillas falling because in most fields there can only be one winner. But this is exactly what the big funds are looking for: invest in ten similar companies and come out with one winner, no matter who. They are not hiding it either, these are the rules of the game. For the entrepreneurs behind these startups, it is probably more important. " “Very few companies are suitable for a growth blitz” Is there even an option to refuse the money? to say "hold on, I'm not ready to grow right now?"

"Obviously, you can not refuse such offers as they come, I probably would take the money too. The question is how you as an entrepreneur are able to meet the expectations afterward. Very few companies are suitable for a growth blitz, companies that target large customer markets and are not technologically unique, such as shipping or scooters companies. There, you have to make a quick jump because otherwise, you will lose to the competition and in such markets, you do need funding from an institution such as Tiger Global, but these are the exceptions to the rule, everyone else burns money fast. The funds move on, but the entrepreneur is the one who gets hurt. In my book, I tried to offer a methodology for entrepreneurs, directing them towards a different growth strategy than the one prevailing today. It's important to understand that I am not saying growth has to be slow - so people won’t attribute it to the European perception versus the American one - but that rapid growth has to come at the right point in a startup’s life: when you know your business model works, when your salespeople are promising something you can provide rather than the moon. As said by the renowned American venture capitalist Fred Wilson of Union Square Venture Capital Fund, who was among the first investors in giant companies including Twitter, Zynga, and Etsy, “'I like the slow way of growth, first crawl, then walk, and only after that, run. That way you will be more successful."

Fewer customers, greater success Let's talk tips you can offer, how to “hold back" and move more slowly than what the market, and especially other investors dictate today?

"First of all, it should be understood that when I talk about rapid growth, it can not be measured in months, rather in a three-to-four-year process. Even if the entrepreneur has raised a lot of money today, he or she must take a step back and understand what is the strategy for rapid growth. This perception can be explained through five points, which without them, accelerated growth should not begin: The first stage, and most basic, is building a foundation for growth, meaning making sure the market you are looking at is large enough; The second stage is examining if the product fits the market, meaning that at this stage management make sure that the product does indeed meet a customers’ need; The third step, is to ensure that the Unit Economy works, which means that the cost of bringing in a customer is lower than the income received from it. This metric should be monitored and improved over time because customer retention is important as your customers should also refer others to your product; The fourth step is to make sure that the product is suitable for its distribution channels. Many companies rush to recruit marketing and sales people immediately after raising capital to boost sales, but sometimes it turns out that there is a marketing channel or two that work better and cheaper. Moreover, recruiting is usually the big bottleneck that inhibits growth and this is especially true today when there is so much capital in the market and everyone is chasing quality manpower; The fifth stage is the ability of the technology developed by the company to withstand rapid growth. Sometimes companies realize that they have an exciting technology, but not stable enough and not suitable for mass production. 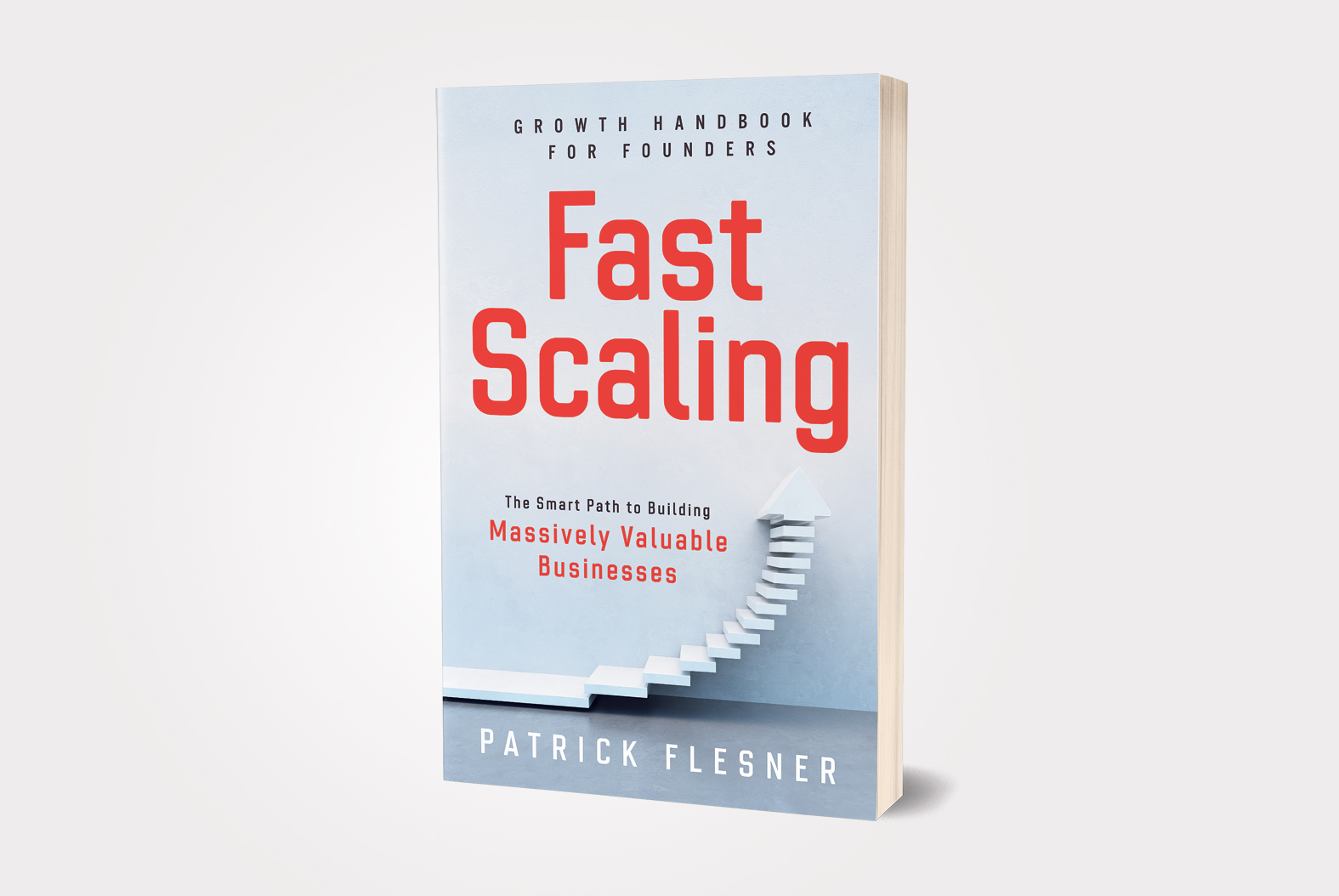 “But the North Star is the customer's success. It is best to sell to fewer customers, but understand what they are happy with and what they are not happy about. A satisfied customer will order more from you, and will also tell others about you and will save you the expense of marketing and selling. A dissatisfied customer who did not receive what he or she was promised - is a fatal mistake that cannot be recovered from." But eventually, the current situation is a kind of a win-win for everyone. Those who pay the price for these mistakes are the funds and especially their investors. The entrepreneur continues to the next startup more experienced and becomes a so-called serial entrepreneur. So who is more afraid of failure?

"I've seen many careers collapse, I've looked at hundreds of companies and my main conclusion is that the harder you work, the luckier you are. I personally, too, every time I made a short-term decision, it turned out to be wrong. Many times entrepreneurs explain their failure by not having enough money, but that is not the reason. The fact that the money runs out is the result of a business failure."