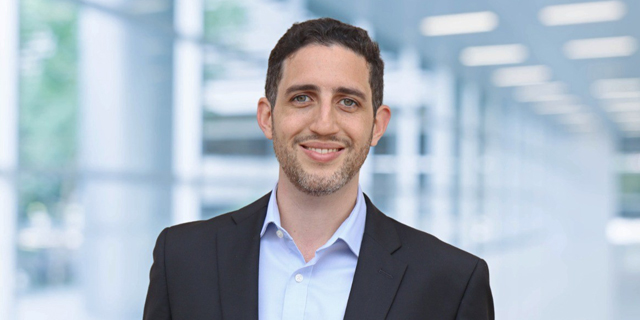 According to a report by Catalyst Investments, the average time it takes for Israeli tech startups to become unicorns has decreased by half in the past decade

Israel's shift from being a start-up nation to a scale-up nation is a well-known trend. But what are the drivers behind this transition? Jonathan Cohen, associate at Catalyst Investments, investigated the numbers behind the recent change in the Israeli ecosystem. According to Cohen, the shift from “start-up“ to “scale-up“ reflects a change in the influence of U.S. investors in Israel. U.S.-based corporates and financial institutions have increased their exposure in the country and are now the dominant force, both in terms of investments and exits. “If we look at the investment rounds above $100 million, more than 70% (including all the rounds ever) occurred from 2019, and 27 rounds (i.e. 33%) were completed this year, from January to May 2021,” said Cohen. “Out of these 27 rounds above $100 million, 23 were led or co-led by American institutions. In comparison, only a third of the rounds were led by American investors prior to 2019.”

"There are many reasons to explain the increasing amount invested by U.S. investors: First, the Israeli VC and PE ecosystem is maturing, with more companies and experienced entrepreneurs succeeding in convincing U.S. corporates and institutions to invest larger amounts in the country,” added Cohen. “Second, the ‘start-up nation’ has developed a large number of companies valued between $300 million and $3 billion that are good targets of mid-cap and large-cap investors, for either large investments or buyouts. Third, American investors consider Israeli companies as cheaper than U.S. companies and are willing to invest in them as they know that Israeli companies will relocate their headquarters to the U.S to help for a future exit. Lastly, Israel’s ability to cope with crises such as Covid-19 was a great advertisement for the Israeli companies and the whole economy. “ According to Cohen, the development of the Israeli market also attracts investors from the rest of the world. "Catalyst receives a lot of investment inquiries from Asia and the EU, as investors want to increase their exposure to the Israeli tech. The fact that the U.S. is the first mover in terms of large investment rounds opens doors to other large international investors, notably Chinese players. With increasing maturity of other regions such as Asia and the GCC, Israel could expect to be, one day, the home of more than 100 unicorns.” The capital invested in Israeli high-tech increases every year, amounting to approximately $10 billion in 2020. Over 80% of the investments in 2020 were directed towards growth-stage investments, from $2.5 billion to $8.5 billion over the last five years. In the first quarter of 2021, the trend was similar with $5.4 billion invested in high-tech. U.S. institutions generally invest alongside leading local funds as they also offer a presence in Israel to support the company. Catalyst’s study has also found that the average time it takes for Israeli tech companies to become unicorns has decreased by half in the past decade. It takes on average six years for Israeli unicorns established after 2008 to reach the billion-dollar valuation, as opposed to 15 years for Israeli unicorns established from 1999 to 2008. Additionally, the number of unicorns soared in recent years, from one unicorn in 2013, to 18 in 2019, and to 65 in May 2021 (more than the sum of all the European unicorns). There is a similar trend with exits. From 2017 to May 2021, out of 102 M&A deals above $100 million, 70% were completed by North American acquirers, 13% from Europe, 7% from Asia, 9% from Israel, and 1% from Australia. Moreover, we notice a similar trend in IPOs – 77% were completed on the Nasdaq and New York Stock Exchange, 15% on the Tel Aviv Stock Exchange, and 8% on the Euronext. Israeli entrepreneurs want to list their companies on the most prestigious stock exchanges in the world or sell their companies to the leading global tech companies, which are generally American players. Another global trend impacting Israeli late-stage companies is the SPAC. Some 70% of the U.S. listings were through SPACs in 2021 (despite a slow-down of SPACs vs. regular IPOs in April). Israeli companies are interesting targets for SPACs due to their potential upside, and more than 15 Israeli companies have announced a de-SPAC, including two of Catalyst’s portfolio companies – Arbe and Taboola – for valuations of $722 million and $2.6 billion, respectively.