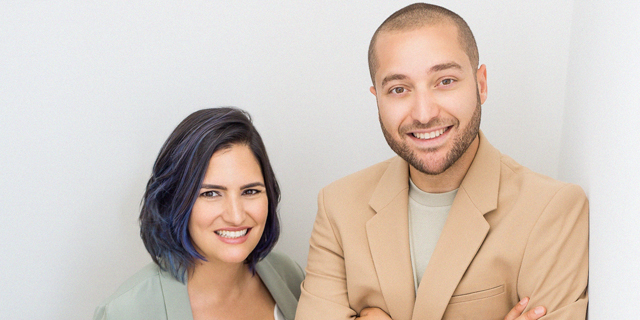 The VC's inaugural fund launched in 2017 has invested in 16 startups to date, registering four successful exits, with 10 of the startups raising further financing in the excess of $300 million

Meron Capital announced on Monday the closing of Meron II, its second $50 million fund to invest in early-stage deep-technology software startups led by Israeli entrepreneurs. The first fund was backed by a single investor, a wealthy family from the UAE. The second fund has received backing from many investors, including Meron's first investor, as well as private investors from France, Switzerland, Germany, and institutional investors. "The first fund was completed before Israel signed a peace agreement with the UAE, but despite the lack of diplomatic relations there was a lot of goodwill to collaborate and though it wasn't possible to say much, those who worked with us knew who the investor was," Liron Azrielant, Managing Partner at Meron, told Calcalist. "In the new fund the family from the UAE will be a main partner, but not the only one. The first fund was their first experience with investing in early-stage companies and they weren't very accustomed to investing in companies that still don't have any revenue."

Meron launched its inaugural fund in 2017 and has invested in 16 startups to date. Four have already made successful exits; AIOps startup Loom Systems was acquired by ServiceNow, API integration platform Reshuffle was acquired by Twitter, digital health company Clear Genetics was purchased by Invitae and IoT startup Axonize was acquired by Planon. In addition, 10 more have so far raised further financing with startups Immunai, Solugen, and Armory alone disclosing combined investments in excess of $300 million to date. The new fund will target 18-20 pre-seed and seed investments in startups that are building software-based solutions for enterprise, cybersecurity, digital health, fintech, DevOps, and more. Meron invests initially between $500,000 and $2.5 million in each project. Meron II has already invested in four companies: LendAI, operating in the market of mortgage lending, where Meron was joined by Israel's third-largest bank; Sorbet, the first PTO clearinghouse, in a deal they closed together with Viola; Firmbase, a Fintech startup in which top angels have invested; and Laminar, the first Data Protection platform for cloud-native applications, where they invested alongside TLV Partners and Insight Partners. Meron was co-founded by Daniel Roditi and Liron Azrielant, who graduated from MIT's LGO dual degree program with a computer science and electrical engineering Masters and an MBA and was the youngest-ever applicant accepted. She earned a degree in Mathematics and Physics at the Hebrew University and served in the IDF 8200’s elite technological unit. She started her career as a software engineer but then moved over to the business side as a consultant, advisor, and then investor at Bain, PwC, and, finally, Blumberg Capital. After leaving Blumberg in 2017, she and Daniel Roditi launched Meron Capital. Liron also manages the Young Venture Capital Forum, an education non-profit connecting over 250 young VC professionals from all firms in Israel. Roditi was born and raised in Switzerland and came to Israel in 2015 to pursue an MBA at Tel Aviv University before joining Blumberg Capital as part of their Tel Aviv-based investment team. He left together with Liron to build Meron Capital at the inception, is now an equal Managing Partner and, at 29, the youngest VC in Israel to found a fund. "As the size of the fund also defines the number of acquisitions it requires in order to succeed, we as a small fund naturally have the same interests as the entrepreneurs," explained Azrielant. "VCs that raise funds of hundreds of millions may find themselves forcing entrepreneurs to reach for the moon or burn trying to do so. Of course, we will encourage growth into a massive company, but we don't have a conflict of interests with the founder. An acquisition that will give the founder $10 million and the fund $20-25 million will be a reason to celebrate for both sides." Roditi said these are especially challenging times for VC funds. "We are launching our second fund at a time in which entrepreneurs aren’t desperate for money, especially if they are top entrepreneurs like the ones we are seeking," said Roditi. "As part of the investment we sell the entrepreneurs the idea of working with us. Even before the investment is made our team works with the founders and helps them build the company at its early stages. We are involved in future funding rounds as well."