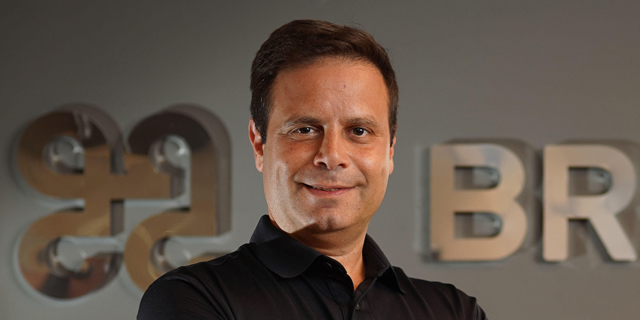 $100 million funding round delivers Bringg into the unicorn club

The logistics service platform, which is valued at $1 billion after money, is going into “acquisition mode” says CEO Guy Bloch

Bringg, which offers a delivery logistics platform for the enterprise market, announced on Wednesday that it has raised $100 million in Series E funding led by Insight Partners at a $1 billion valuation after money. Existing investors who participated in the round include Cambridge Capital, GLP, Harlap, Next 47, Pereg Ventures, Salesforce Ventures, and Viola Growth. The funding round did not include a secondary component, but according to Bringg CEO Guy Bloch, the company will consider one in the future.

Bringg currently employs 200 people, 120 in Israel and 80 in the U.S., UK, and Brazil. It was founded in 2013 by Lior Sion (CTO) who is still active in the company and Raanan Cohen who served as the company's CEO. In 2018, Guy Bloch joined Bringg and was appointed CEO, a position he holds to this day. The logistics and shipping management market has experienced sweeping changes in the past 18 months due to the Covid-19 pandemic and the significant growth in e-commerce worldwide. As a result, Bringg experienced record-breaking demand for its platform and the number of new customers grew by 180% compared to last year. “It’s clear to us that Bringg is building something special and we’re excited to partner with them as they continue to introduce transformative change for retailers and logistics partners,” said Jeff Horing, Co-Founder and Managing Director at Insight Partners. “With Guy’s experience and leadership and a growing list of marquee customers, we’re confident that Bringg will continue to pave the way as the clear leader in the space.” At the beginning of the global pandemic, the company laid off dozens of employees and Bloch explained that the company had to prepare itself for the crisis. "There was an understanding of what was going on with us and we had plenty of meetings where we had to restructure the workforce between groups in the company. We also parted ways with certain employees as we transferred our focus to other groups," said Bloch. He noted that after the layoffs the company began to ascend again, resuming recruitments this year and is planning to significantly increase its workforce in the future. "Only this year we already hired 90 new employees, and we will grow to 300 by the end of the year and 500 in the next,” Bloch added. Bringg develops technological solutions for managing complex shipping and logistics systems for the retail, food, and logistics markets. The technology that Bering develops provides businesses with the ability to overcome challenges and logistical complexities at all stages of the shipping process, thus enabling a variety of companies in the U.S., Europe and South America to deliver more products more efficiently and tailored to the renewed shopping experience. Among the company's customers are Walmart, McDonald's, Coca-Cola and KFC. Bloch told Calcalist that the company’s high valuation is the result of the boom in the market. “In the first two months of the pandemic, the world was in total shock,” he said. “Many had a very quick understanding that they must go online. At first, we saw it with our customers who immediately grew in their activity, and then came a wave of new customers who wanted access to our logistics services, and very quickly we saw a wave of investors who understood that e-commerce was exploding mainly for companies like us that handle blast mail, which is the connection between brand and customers.” "We chose Insight because they were the right partner for us. We are a rapidly growing company. They have a lot of investments in our field and connections to important players. They have a whole division with all the best experts in the world,” Bloch said "We know that even though the world is returning to normal slowly, there will be no return to the previous state. Everyone knows that today the online channel is just as active and maybe even more so than offline. I thought all this would not happen before 2025 and suddenly it happened within half a year,” Bloch explained. “This recent funding round will be used for acquisitions and mergers in the market, where there are many opportunities. We will build some opportunities ourselves, and we will partner for others, and we will also make acquisitions. That's the purpose of the round. We didn’t raise funds because we have no money in the bank, we went through it so we can go into acquisition mode.”