Software company WalkMe joins on Wednesday the exclusive list of Israeli companies traded on Wall Street. The company raised $286 million at a share price of $31, which was in the middle of the underwriters’ range. The price reflected a value of $2.56 billion for the company that will be traded on the Nasdaq under WKME. The IPO was led by investment banks Morgan Stanley, Goldman Sachs, and Citigroup. 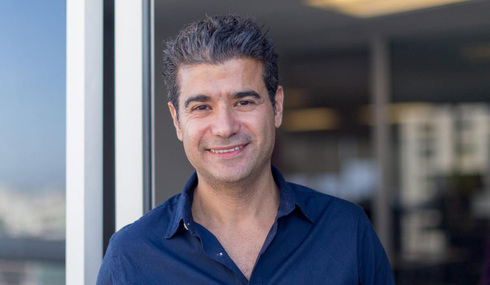 WalkMe was founded in 2011 by Rafael Sweary (49), who serves as the company's president, and Dan Adika (35), who serves as CEO. The company has developed a platform for adopting digital technologies without the need to write additional code. The concept behind WalkMe’s solution was to help organizations measure, promote and act in order to maximize the impact of digital transformation processes, thereby improving the efficiency of the software the organization uses. WalkMe's products are used by both the companies' employees and their clients. Today, the company has more than 2,000 customers, including 155 Fortune 500 companies. Like recent Israeli companies who went public in New York, WalkMe also operates in a SaaS model and therefore grows rapidly, but also loses quite a bit. The company concluded 2020 with $148.3 million in revenue, a 41% spike compared to 2019. However, its operating loss amounted to $43.1 million, which led to a bottom-line loss of $45 million. The company ended the first quarter of 2021 with an annual revenue rate (ARR) of $178 million. In the quarter itself, it reached revenue of $42.6 million, a 25% growth, and a loss of $13 million compared to $12 million in the same period in 2020. WalkMe was one of Morgan Stanley’s Insight Fund’s first Israeli investments. Today the fund is the biggest shareholder of the Israeli company with Jeff Horing, one of the fund’s founders, sitting on the company’s board. Following the IPO, Insight holds 28% of WalkMe directly and 9% more through Gemini Fund which it purchased a year ago. Other WalkMe shareholders include Vitruvian Partners, Mangrove Capital and Greenspring Fund. To date, WalkMe raised $300 million and was valued at $1.8 billion in its most recent funding round. The two founders arrive at the IPO with fairly small stakes, with Sweary holding 2.4% and Adika having a slightly larger holding of 2.6%, both worth around $60 million.