Is this the end of Start-Up Nation?

Hi-tech may have helped Israel out of the coronavirus crisis, but the sector is also suffering from severe problems. The Israel Innovation Authority's annual Innovation Report warns that if government policy doesn't change, local tech could steam ahead and detach itself from the rest of the economy

Israeli hi-tech pulled Israel out of the coronavirus crisis, but without a change in policy by the government, high-tech growth will benefit the high-tech sector alone, the Israel Innovation Authority's annual Innovation report claims. The report highlights several warning signs that should be keeping the new government up at night, in particular, due to the important role that hi-tech plays in the local economy. According to the report, the number of new startups established on an annual basis is at a new low, the difficulty of entering the hi-tech job market is at an all-time high, and regulation is outdated. 1. Drastic drop in the number of new startups over the last five years The first warning sign is the consistent drop in the number of new startups founded in the country. The report reveals that the number of new startups established on an annual basis in Israel has plummeted, from 1,404 startups established in 2014 to 850 new startups in 2019 and an estimated 520 new startups in 2020. The reason for this could be the drop in the number of investors taking part in Seed funding rounds. The maturation of Israeli tech and the unprecedented surge in the number of new unicorns, the IPOs, and of course the massive funding rounds are what have garnered most of the attention over the past year. However, the number of new startups founded each year, which is what assures the existence of growth companies in 5-10 years, is what is preserving Israel's status as an innovative nation that multinational corporations flock to in order to set up R&D centers. That is another area in which there has been a decline, with only four new R&D centers being opened in Israel by multinationals in 2020 (coronavirus of course also played a part in this). Israel is currently ranked in 13th place in Cornell University's Global Innovation Index, dropping three spots over the past three years. 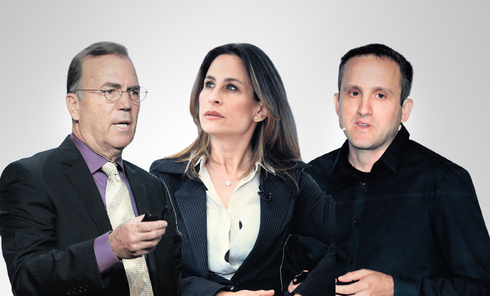 The Authority points to the funding programs it launched over recent years for early-stage companies as a partial solution for this crisis, and in particular, the fast-track Seed incentive program which was launched during the pandemic and was meant to provide funding to companies that encountered liquidity problems during the crisis, and to indicate to investors that the government is doing its part. Some 283 requests were approved and NIS 650 million (approximately $200 million) were handed out on the condition that companies raised supplementary funding.

2. Roadblocks: No entry for juniors

Only about 10% of Israeli employees work in the high-tech sector, but they are responsible for 25% of the total income tax paid in Israel, while employees of multinational companies' R&D centers pay six times more income tax relative to their share of the workforce. These figures are likely what caused incoming Prime Minister Naftali Bennett, a former tech entrepreneur himself, to announce a target of having 15% of all Israeli employees working in hi-tech. However, this aspiration is set to hit a serious roadblock with many Israeli companies simply not hiring junior employees, i.e. workers without experience for entry-level positions. As local companies mature and their funding rounds grow, it becomes easier to set up R&D centers abroad. These centers employ relatively junior developers while the management and talents remain headquartered in Israel. The drop in the number of new startups, the already high salaries in Israel, and even the wish of big companies to gain a global foothold, all contribute to the fact that employees without practical experience currently find it very difficult to enter the tech market. One in every four students in Israel is studying for a bachelor's degree in technological fields, including engineering, which leads the way with 18% of the country's bachelor’s degree students. Should this trend continue, by 2030, more than 25,000 employees with limited or no experience are expected to join the high-tech sector each year, but according to the Israel Innovation Authority and Start-Up Nation Central’s Human Capital Report, only 45% of companies recruit "junior employees." The Innovation Authority launched training programs and boot camps for specific positions in the industry more than two years ago, but that has only provided a partial solution to the problem. The boot camp program trained 660 people and had a 75% job placement rate in its first year of existence (2019) and 709 trainees in the year of Covid-19, for which there is still no placement data. In addition, it seems that even though the Authority was hoping that the private sector would warmly adopt the solution of training due to the governmental support, that is not the case, and Israel is ranked in 76th place in training programs being operated by the companies themselves. While there seems to be a contradiction between the fact that there are so many openings in tech and the fact that almost half of the companies aren't offering entry-level positions, that is exactly the reason there is such fierce competition for employees in the sector. A large portion of the companies are competing for the same pool of experienced and high-salaried employees, not only between themselves but also against the deep-pocketed multinationals. In fact, in some cases, companies struggle to such an extent to fill positions that jobs remain open for many months. This raises the question of whether, at least in some of the cases, it wouldn't have been better for companies to invest the lost money and time in training an inexperienced employee instead of insisting on a perfect resume. In addition, the coronavirus crisis widened the gaps in Israeli hi-tech. Most of those tech employees who lost their job during the pandemic earned relatively low salaries for the sector, according to the report, making monthly salaries of under NIS 15,000 (approximately $4,860). Therefore, it can be deduced that the biggest occupational hit in the sector was suffered by juniors and non-engineering employees who earn less than the average in the sector, which stood at NIS 25,300 ($8,200) in 2020. Another figure which testifies to the difficulty of breaking into the sector is the average age of employees, which is now higher than the average age of employees in the rest of the economy. Contrary to the image of high-tech as a young sector, the average age of high-tech employees in 2019 was 40.1, compared with the average working age in the rest of the economy which stood at 39.6. As of April 2021, the unemployment rate in the high-tech sector was 8.2%, four times higher than it was prior to the outbreak of the pandemic. The number of openings dropped from 19,000 pre-Covid to 13,000. "Hi-tech has matured and it also needs to act maturely," Head of the Growth and Strategy Division at the Israel Innovation Authority, Sagi Dagan, told Calcalist. "There shouldn't be a situation in which a company that is worth more than one billion isn't recruiting junior employees in Israel. I'm not saying that out of Zionism but as something that an investor in the company needs to consider."

But the company is employing these workers, just doing so in the Ukraine rather than Tel Aviv. "There will always be certain positions abroad. A company can't keep 100% of its employees in Israel forever. But when a company is worth more than one billion, that means it should be worth more than many billions in a decade, and if it isn't recruiting juniors, that means it has an HR model and management perception that will slow its growth. It must integrate students and juniors. "Companies need to choose to grow in Israel because as soon as they make the decision to have their headquarters in Israel, they are holding their entire surrounding infrastructure in the country and no good manager would disperse the company across the globe. There needs to be a business environment that will cause companies to stay here, as well as address their ability to acquire companies abroad and also funding and the ability to take debt loans in Israel, for example. It was just three years ago that we said that we are the Start-Up Nation, but that we don't have big companies because everyone sells quickly. Today we are seeing the exact opposite. We want to have employees with high productivity and high salaries." 3. Hi-tech surges ahead, outdated regulation remains left behind The maturation of Israeli tech and the wave of IPOs is a positive sign for the economy, but they also present the government with a series of new challenges. Companies that enter the stock market will have needs that didn't exist previously, the report warns, and they may require changes in regulation. For example, questions regarding labor and tax laws in Israel and their applicability and suitability to the management of global public companies. In addition, the change in the mix of Israeli companies will require the innovation authority and the government to reassess the current tools used to support R&D. "The bottom line is that regulators and legislators in Israel are required to assess the effects of the tech industry on their domain. The closer the government works with the industry and will be attuned to the regulatory needs, the better the sector will be able to grow and flourish and contribute back to the growth of the economy." "We are playing in the big boys' field and are at the forefront of technology, with other countries coming to us to learn," Dr. Ami Applebaum, Chairman of the Israel Innovation Authority, told Calcalist. "If the government doesn't focus on hi-tech then we as a government won't be able to close gaps in the future. We are at a deficit in identifying new technologies and are riding on what the business sector did 3-10 years ago. But we are also looking ahead and of course, there is a new world order." "There was, for example, the AI program led by Orna Berry according to which this sector requires funding of NIS 5 billion, but so far only NIS 500 million have been approved. This must be solved at the national level as soon as possible." Applebaum highlighted several possible solutions. "We need an active regulator who will work hand in hand with us and with hi-tech," he explained, stressing the importance of connecting between hi-tech and the public sector. "The public sector will all become digital and will be using the AI program. This will propel the government forward and will allow companies to conduct all their initial tests here in Israel close to the development centers. But not just that, this could also solve the juniors problem in the sector as this would provide another opportunity to hire inexperienced employees in a field in which the demands aren't as high as those in hi-tech." Since it was founded in 2017, the Israel Innovation Authority has operated as an independent body under the Ministry of Economy. However, according to the coalition agreements that led to the founding of the new government, the authority will move to the Ministry of Science and Technology, which new minister Orit Farkash-Hacohen has already renamed as the Ministry of Innovation. It is still unknown how this move will affect the Authority's structure and activity. The chairman of the Authority, for example, is an employee of the Ministry of Economy. The Authority's report did mention that the share of the state budget invested in the Israel Innovation Authority (i.e. the State of Israel's investment in supporting civilian R&D) has fallen sharply, from 1% in the early 2000s to less than 0.5% today – a significantly lower proportion than in world-leading countries in the field.