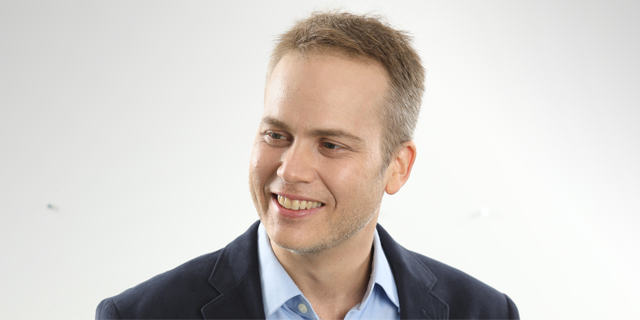 How can startups leverage controversial FDA approval for Alzheimer’s drug?

The decision to approve Biogen's Alzheimer’s drug signifies a watershed moment for neurology, highlighting an unprecedented opportunity for neurology-focused startups

FDA’s approval of Biogen’s Alzheimer’s drug, Aducanumab (Aduhelm), made big news last week. At an expected price tag of $56,000 a year, a financial burden of $600 billion placed by Alzheimer’s on the U.S. economy, and 18 years since the last drug for the disease was approved, the stakes are clearly high. That nearly three-quarters of the FDA’s own advisory committee recommended against approval of the drug, with three of that committee’s members resigning following FDA approval, has further fanned the flames of controversy. The jury is still out on whether or not the FDA’s decision was a good or bad one, and it will likely remain controversial for many years to come. What is, however, unequivocal about Aducanumab's approval is: 1. How desperate patients are for anything that can potentially help them; 2. How problematic current endpoints and approved measurements are. 3. What a great opportunity this is for startups to solve these challenges with novel technologies.

Some context is in order. With over one billion people worldwide - 100 million in the U.S. alone - suffering from neurological disorders, they are by far the leading cause of global disability. At the same time, neurology as a medical discipline has made little progress over the last few decades as it struggles to leverage the huge potential of modern technologies such as Computer Vision and Machine Learning (often referred to as AI). Historically, startups have been the ones to take the lead with Machine Learning and AI. For example, in the field of oncology, Flatiron (founded in 2012, acquired by Roche for $1.9 billion in 2018) spearheaded big data oncological insights with their Machine Learning platform. More recently Israeli startups such as Zebra Merical and AI Doc are leveraging AI to transform radiology, and Immunai is leveraging AI and single-cell biology for immune therapy. However, for neurology, the situation is quite different. While there are a few examples of startups that leverage AI for neurological conditions (e.g. Israeli Viz.ai that helps with stroke triage) for the vast majority of neurological conditions neither startups nor more established companies have been able to leverage modern technologies (a notable example is Verily who recently filed with the FDA to have their smartwatch measure Parkinson’s motoric effects, but their bid was rejected). The reason for this is, however, not for lack of technological sophistication or prowess, but rather it is inherent to the state of neurology today. Currently, for the most part, neurological screening, diagnosis, and care are highly subjective and depend on manual examination with multiple signs and symptoms that are non-trivial to elicit or detect. Most conditions have no “go-to” examination, and apart from using MRIs to evaluate conditions such as stroke, trauma or brain cancer, there exists no real objective evaluation exam for the vast majority of neurological disorders. Lacking an objective measurement, it is extremely hard to train Machine Learning models, and commendable efforts by startups such as Israeli mon4t whose smartphone-based solution for conducting motor, cognitive, and affective assessments have yet to reach widespread adoption. This lack of objective measurement is true for a wide range of neurological conditions such as Alzheimer’s, where Amyloid Beta Plaques that are detectable by MRI scans may indeed be correlated with the disease, but are not necessarily the cause for cognitive decline, and Parkinson’s, where the Universal Parkinson’s Disease Rating Scale (UPDRS) consists of 50 (mostly subjective) questions posed by a neurologist, and suffers from an inter-rater variability as high as 20%-25%. Similar rates apply to Multiple Sclerosis (MS) where lesions seen in MRI scans are in fact an objective marker of the disease, but where the acuity of the disease is again measured by the highly subjective Expanded Disability Status Scale (EDSS). How then, in the absence of objective measures, are startups supposed to leverage novel technologies to advance neurological treatment? The few neurology-focused startups that have gained significant traction (e.g. the above mentioned viz.ai) target conditions with objective measures (e.g. MRI for stroke). Unintuitively perhaps, the answer may lie with pharma companies. To explain, the lack of objective and sensitive measurements poses a significant challenge for neurological drug development. Trials that seem promising during early stages fail because objective measures (such as MRI) are at best a weak proxy for subjective endpoints; costs of clinical trials skyrocket as trial sizes must be huge to surface significant results; and Time To Market (TTM) can become prohibitively long as low sensitivity of measurements forces long trials. Furthermore, in the absence of robust and detailed phenotyping, precision care is impossible, and with no objective measures even monitoring of treatment is highly challenging. Why has no drug been approved for Alzheimer’s in the past 18 years? While there are many possible reasons, it is almost certain that the lack of objective and sensitive measurements played a key role, affecting everything from effective trial design, through extremely lengthy trial duration. The same goes for many other neurological conditions. But what if startups were able to leverage Machine Learning to introduce novel objective and sensitive measurements (or biomarkers)? Interestingly enough, that may not be as far-fetched as it might initially sound. In fact, robust, sensitive, and objective measures have been reported for a wide range of neurological disorders in dozens of recent scientific papers published in journals with high impact factors (e.g. Lancet Neurology, Nature Reviews, etc.) These measurements include novel types of data such as complex fMRI markers (e.g. brain connectivity), Optical Coherence Tomography (OCT), molecular and genetic markers, as well as micro-oculometrics, i.e. measurements of microscopic eye movements, which have been shown to be robust proxies for currently used endpoints. Leveraging these new types of data requires three main capabilities that startups excel at: 1. The ability to measure outside of lab settings, e.g. with a smartphone or webcam

2. The ability to use advanced Computer Vision

3. The ability to leverage Machine Learning

To explain: untethering this new type of measurements from the lab allows for continuous, frequent, and nearly frictionless monitoring of patients, which is a critical component for disrupting the field. Advanced Computer Vision is needed to extract microscopic parameters without dedicated devices (e.g. on a smartphone or webcam) and remove the noise created by movement and ambient light, and finally Machine Learning is critical for training a highly predictive model that can factor in thousands of different parameters. These capabilities require highly innovative approaches which startups thrive on. A few such examples include Israeli startups AEye Health (OCT), Onestep (gait measurements), as well as Verana Health (molecular + EMR data), and NeuraLight, an AI-driven platform I’m privileged to be a part of in this mission to transform the lives of billions of people suffering from neurological disorders by digitizing neurology. Hopefully, NeuraLight and similarly driven startups will soon be introducing a host of novel measurements, and generating a surge in successful neurological trials, making FDA decisions like the recent one regarding Aducanumab, not only much less controversial but also happening with increasing frequency.

Dr. Micha Breakstone, previously Co-Founder of Chorus.ai, is Co-Founder and CEO of NeuraLight, a VC-backed venture with a mission to transform the lives of billions of people suffering from neurological disorders by digitizing neurological care.