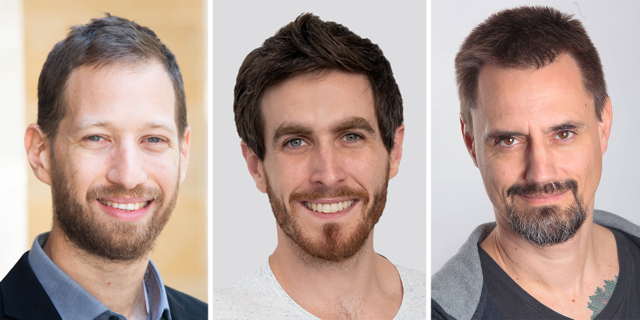 How Israeli B2D is storming the market

Companies grow, investors are interested, and the ecosystem is adapting. No wonder the Israeli Business to Developer (B2D) sector is experiencing “a perfect storm”

“Israel is becoming known for its developers and not just for cybersecurity,” said Erez Berkner, the co-founder and CEO of the young Israeli B2D (business to developers) startup Lumigo. He is referring to the recent growth in companies and in investments Israel’s B2D sector is experiencing, a rise of companies whose developers create products targeting other companies’ developers by automating and simplifying their job. 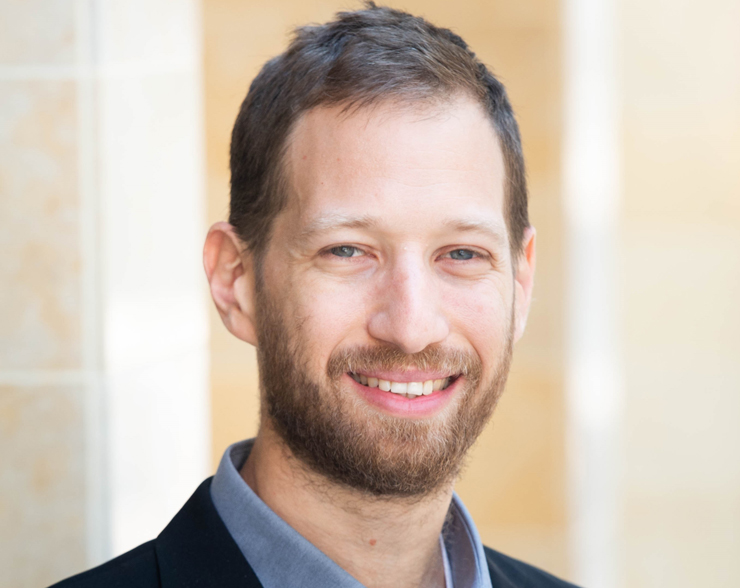 Simple is the key to Lumigo’s work. Like other B2D startups, it recognized early a shift in technology and business environment and is now reaping its rewards. Berkner and his Lumigo co-founder Aviad Mor were both working at Check Point in 2018 when they identified a move towards a serverless cloud. “We are both developers and big believers in that change, so we decided to leave Check Point with the understanding that the movement will continue from cloud to serverless, it made sense, on the developer side and on the businesses side, it was just a matter of time,” Berkner remembers. “So we did not know everything or when this was happening, but we knew it was huge and it was going to happen.” Their bet has been paying off so far. Lumigo offers a platform that maps and monitors the serverless environment, it analyzes the system and alerts developers when needed. They already raised $8 million in their Seed round and have about 40 employees. Developing for developers Unlike others, B2D companies place crucial importance on the developers. The ones working for them. But even more so the ones working for other companies. Those developers are the clients, the market and sales team, essentially the decision-makers who will determine if Lumigo or any other company will be chosen to work with. “The number one resource for almost all technology companies today is developers, and that is a resource that is in drastic shortage,” Berkner said. “When you apply that mindset, everything a company can do to be more efficient with their use of their developers would make sense and will allow the company to move faster.” Lotan Levkowitz, a General Partner at Grove Ventures, one of Lumigo’s leading backers agrees. “Today, decision-making in organizations is more dispersed. If in the past the VP of R&D would have been making the decision what to buy and what to implement, slowly he had to learn to allow those below him to make the call. Today, almost every good developer in an organization is also responsible for testing and implementing new technologies.” This new gatekeeper role taken on by developers has forced companies to change the way they market and rethink if they even need a sales team. When it comes to marketing, most B2D companies rely on a product-led growth (PLG) model, ”the concept is if I can give you more value, as you grow you will pay me more for that value,“ Berkner said. “In PLG you will find people who are in love with some products, and it works mouth to ear, meaning I will tell my friend about a great product because it really helps my day-to-day.” 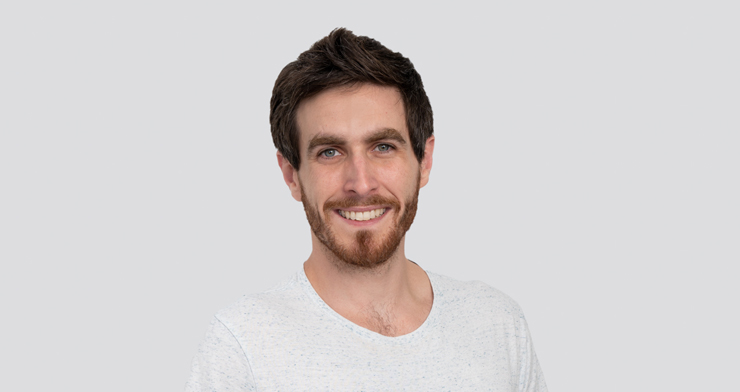 Berkner recognizes the challenges involved with marketing to developers and how demanding they could be. “If you compare our customers to a fandom you are right, they see everything and will pick up the phone and will let you know about it, but they will also wait for three days in front of the cashier when the next movie is released. So yes, they are very opinionated but they still love your product as long as you get them where they need to go even if it is not perfect, they are engaged, and that engagement is what makes the difference.” Perfect Storm The Israeli B2D market has been booming in 2021 with big rounds and high valuations, raising interest and expectations. A few examples include cloud protection company Orca Security, which raised $210 million valued at $1.2 billion. OwnBackup, a data backup, archiving, and sandbox seeding app, raised $167.5 million, valued at $1.4 billion. Software company Redis Labs raised $300 million, valued at $2 billion, and cloud security company Snyk raised $125 million valued at $4.7 billion. “For a sector to be appealing for both entrepreneurs and investors it needs to reach a critical mass. And that is what is happening now, it reached that critical mass and it is booming, there is a perfect storm,” says Levkowitz. “There are the right entrepreneurs, there is the right knowledge coming from these companies, the right knowledge coming from investors and entrepreneurs who know how to go to market. Furthermore, Covid immensely accelerated this field, so yeah, it is a perfect storm.” Levkowitz admits that somewhere between a quarter to a third of Grove Ventures’ energy is invested in B2D. That does not necessarily mean monetary investment. “We actively put in an effort, for example, we have our DevOps club that keeps us connected to the market and we can help our companies and entrepreneurs from day one.” “Drink your own champagne” One company that has been leading the Israeli B2D wave, although not without setbacks, is JFrog. The veteran software management company, which was founded in 2008, began trading on Nasdaq in September of last year. After exceeding expectations with a share price of about $65 and an over $85 high, it lost ground, dipping to about a $35 low and settling around the $45 mark “You cannot control the market,” said Fred Simon, JFrog co-founder. Simon prefers to look at the long haul, stating that despite the share value dropping, the IPO did benefit the company “the main advantage of going public is being more visible and in the public’s eye.” When asked to compare today’s market to the one JFrog started in, all these years ago, Simon points to the balance created between “product definition that knows what is useful and what works, and software developer that can implement it, and marketing guys that can message it and operation guys that can keep it up to date, everything works together and that is a big change in our industry.” 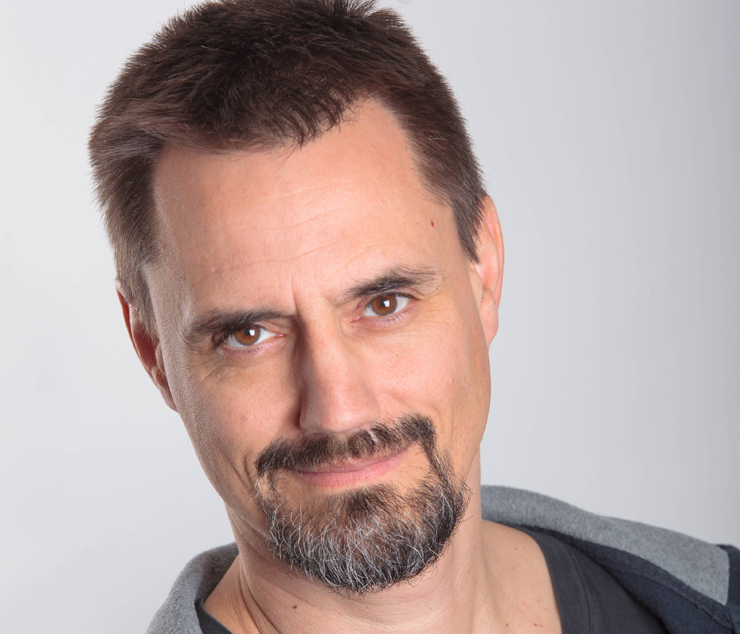 Bringing stakeholders together will be a key point at Yalla! DevOps, JFrog’s July in-person event for the DevOps community, where Simon is among the long list of speakers. However, with all the changes in the industry he experienced in over a decade, the JFrog co-founder recognizes similar obstacles in today’s market to the ones his company had to deal with more than a decade ago. “The cost of inefficient developer experience is highly visible today,” he said. “One of the main problems with B2D is no one wants to pay for a vendor to do the job a developer is already getting paid to do. So for JFrog at the beginning, there was no budget line for a JFrog tool in a factory or a company. So people never paid for the tool we were making. The developers were doing what we were doing only by hand, sweating and spending more time doing what we were doing.” On the other hand, Simon pointed to a major advantage he sees within the B2D market. “Drink your own champagne,” he said referring to the fact that “every one of your developers making the product is potentially a user of what they are creating. To be able to be part of a company that creates something you want to use is a great motivator and engine for a quality product.”