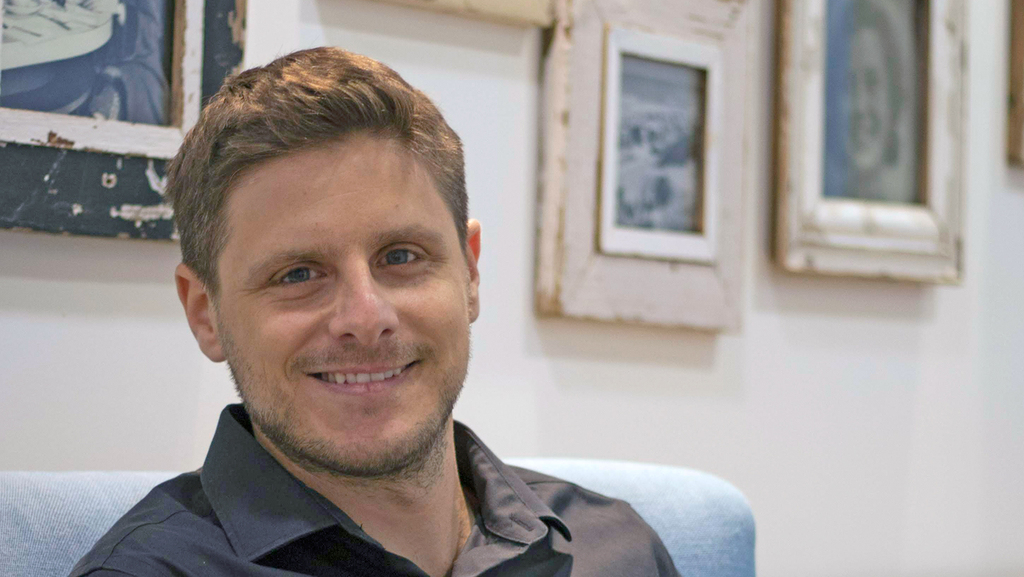 Or Lenchner’s path to becoming CEO of Bright Data included cleaning toilets, dropping out of school, and telling a company’s founder he did not like its product

Or Lenchner (35), the CEO of Bright Data, is a surfer. And just like in surfing, his career is full of waves and he just goes with the flow, no big ebbs. No big drama. "Everything at the end is a game," he says. “If there is a crisis you solve it, maneuver a little to the right, a little to the left. When I was 14 I cleaned toilets and I was thrilled about it. If they fire me tomorrow, I will not see it as a low point rather I will learn from it, I will ask what is next, how do I do something that I will enjoy." 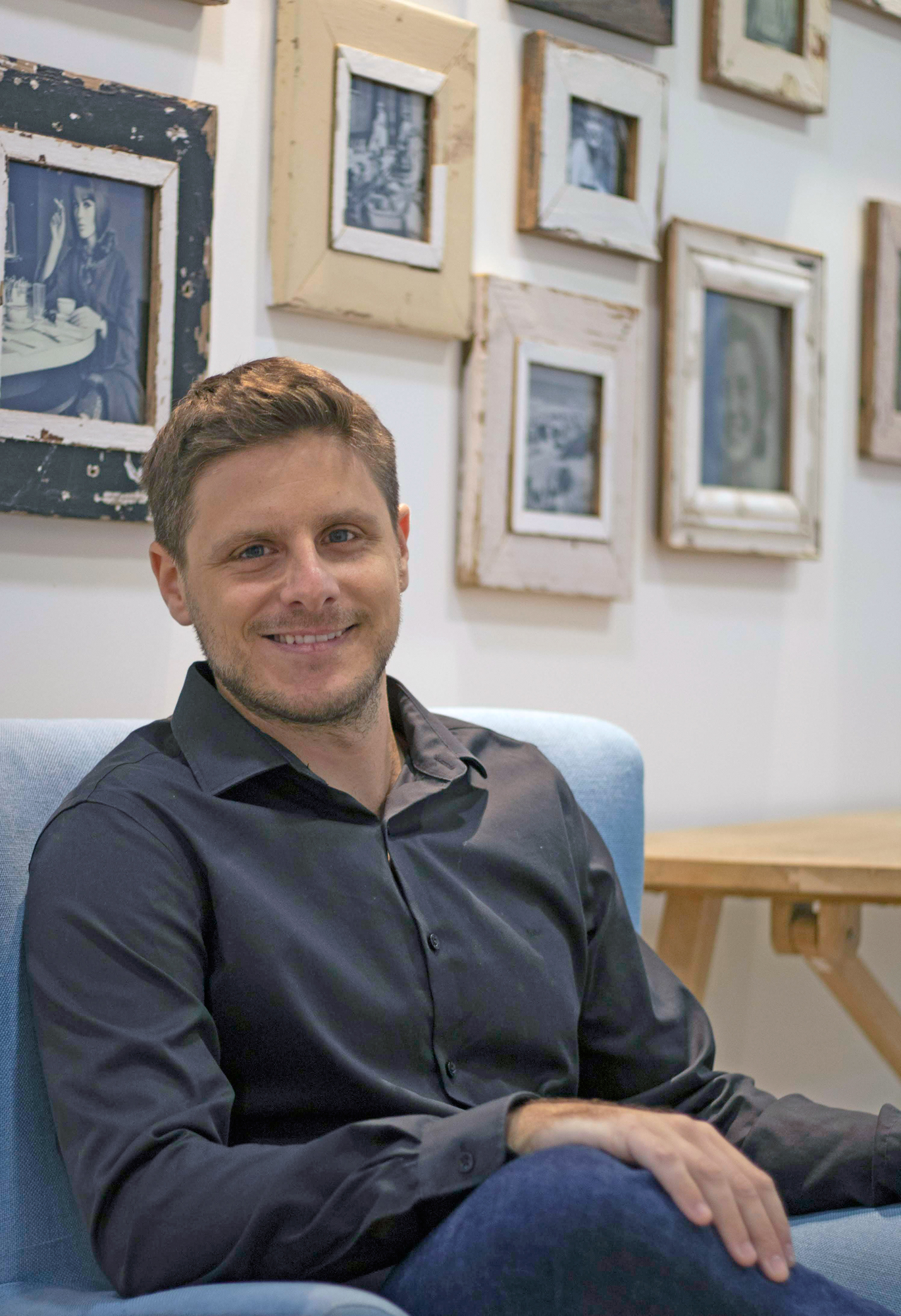 Or Lenchner, the CEO of Bright Data Photo: Courtesy

Although his first job as a teenager in Raanana was cleaning toilets in a movie theater, even then he managed to rise the ranks very quickly to management. "I was looking for a job at the age of 14 and went to the only place that would hire me. I had a great time, I did not care what the job was, and pretty soon I started getting more responsibility at the theater. It was a good work experience. At the age of 15, I hired a few guys from the neighborhood and managed all the cleaners, including hirings, shift management, and firings,” he says. After his military service, where he was an artillery battery commander, he set up his first business. It was a site called shutaf.com, it was designed to help users find partners for all areas of life, while the aspect of finding a business partner was a paid service. "It was in 2010, people used online message boards to find partners for gatherings and traveling, but the biggest part was for business partnerships. It worked nicely," he said. At that time he decided to pursue an academic degree in marine biology in Mikhmoret, because of his love of the sea but very quickly, one semester, he realized that he was learning much faster while doing business. "I sold half the site to a pretty big software company, which specializes in tourism, and never set foot again at school. It was not about a payday, rather about bringing in significant partners and acknowledging the journey I took. I kept working on the site, focusing more on online marketing, promoting it. I saw things were going well, and I began providing services in everything related to performance marketing. It kept growing so I founded D Marketing together with the same people who bought half of the site and we focused on tourism. We managed the online presence of many of the hotels in Israel," he says. Lenchner’s road to his current role did not include submitting a resume and began from a review he wrote on a browser plugin called Hola VPN. In 2013, he joined three partners in a startup company called TROPHiT where he served as head of customer relations while also setting up a website called Extension Zone which reviewed browser extensions. "Everyone has between two and six browser plugins so I built a website and had a small team of people reviewing plugins and started getting traffic. Among other things, we reviewed the Hola VPN plugin, which had some amazing things but I also had criticism of the product so I contacted the founder and CEO Ofer Vilenski," he says. It was a defining moment in Lenchner’s career. He sent a very practical and unapologetic email in which he wrote his feedback on the product. "I did not write, I saw your plugin, I really liked it, etc., it was very much a call for action and then we talked on the phone and arranged to meet." The next day, Lenchner was invited to the company's offices in Netanya, for what he defines as a 'long mutual drill down’ into Hola and its products. "He could not believe I was making money from the site, it was a terribly ugly site, but probably good enough because people took out their credit card many times a day and paid. At that meeting, I also had with me a small contraption which I 3D printed for my surfboard. In retrospect, I know it caught his eye because it indicated a doer’s attitude.” Of all the plugins you reviewed, why did you turn to the Hola CEO?

"I think it was a combination of the fact that he is Israeli so it's easier to approach him, and also to be bold, and the fact that I used the product a lot myself so I saw its value on the one hand and on the other hand, as a product person, there were things that bothered me."

In 2015, Lenchner left TROPHiT, sold his stake in the company, and joined Hola as a product expert whose job is to come up with something new, unrelated to the company's operations. “I got a programmer, and for nine months we did nine pivots. We managed to 'kill' an idea every month. Data is needed to support whether an idea is a success or a failure, does it have a good or bad direction. We ran fast and after 9 months Luminati Networks started gaining momentum and so I moved to this product and from there I rose to the position of CEO.” Luminati, the product Lenchner led, enables companies and organizations to gather commercial information from the web. Websites today are personalized, meaning when one person browses he will not see the same advertisement, the same price for a flight, or a product that another user sees. Bright Data's product (formerly Luminati Networks) allows customers to see the internet through the 'eyes' they want. For example, companies that sell cell phones and want to find out the price of an iPhone on a particular competitor's site can use the product to find out the price. Bright Data's information collection relies on Hola’s product, which is basically a VPN service that allows people willing to share their IP address to browse websites that they do not have access to because of their location. Meaning, a Turkish citizen can use the technology to go on Twitter despite its restrictions in the country, or an Israeli can use it to see a variety of shows on Netflix that are not available in the country. However, Bright Data's reliance on Hola users' IP addresses has been subject to criticism for fear of an invasion of privacy. At the end of 2016, Lenchner was appointed as VP of Product, and the company then called Luminati Networks, began to grow. By 2017 it was acquired by EMK Capital, a private equity fund based in London, for $160 million. After the sale, Lenchner served as Chief Operating Officer (COO) and about a year later, in July 2018, he replaced Wilensky as CEO. "We sat down on a Thursday, just before the weekend, Ofer and I. He wanted to move on to other things but he is still an integral part of the company. He also talked to the fund and they agreed it would be very difficult to get someone more suitable than me for the job because I am part of the company's DNA. He asked if I was interested in being the CEO and I said yes, but only from Sunday. I went to the sea for a few hours and on the following Sunday I started as CEO," he says. What has been a turning point for you in your career?

“I did not simply roll on, I made decisions along the way. I think the fact that I dropped out of academic studies was a turning point because I saw a lot of friends who studied just because they thought they should and already in the first semester knew it was not for them but they finished a year and then a second year and a third. I make decisions very quickly. For me to stay and finish my degree was simply not an option because I try not to do things that do not make me feel good.”

You are currently in charge of 250 employees, what is your management philosophy?

“My management philosophy is the company's management philosophy. The entrepreneurs wrote the DNA document and we do not hide anything. Everything is in the open for everyone to see except for people’s salaries. We try not to manage but have each employee do what he or she is supposed to do in the best way. Even when I manage those who answer to me I try mostly not to interfere. You can only lead yourself if you are chosen to lead something so there is no daily or weekly meeting, there are goals and you should not only meet them but break them and get better. I am a CEO and most days I do not write plans but solve problems. Ron, the Israeli CTO, sits most of the day writing code. We come to work, do not set appointments for 17:00, we work, finish, go home, play with the kids - it is terribly effective and then there is almost no need to manage.”