While Startup Nation hasn’t moved up on the Startup Ecosystem Index Report, its rising score is showing a healthy trend

StartupBlink has released its annual Startup Ecosystem Index Report highlighting the strengths of countries and cities as they relate to tech. And while Israel is not moved in its overall ranking, its new score shows the small country catching up with the UK - second place behind the U.S. Whereas the U.S has a large lead (124.420), the UK and Israel are only separated by a single point, with 28.719 and 27.741, respectively. Overall, the ranking of the top five spots - U.S, UK, Israel, Canada, and Germany - remains unchanged from 2020. “Last year, the UK had a relatively large lead over the 3rd ranked country Israel, but this difference has now narrowed substantially with the UK and Israel having almost the same total score,” the report confirmed. Scores are determined by three main ingredients: ‘Quantity’, referring to the number of startups, coworking spaces, or accelerators; ‘Quality’, the presence of R&D centers, presence of unicorns, or branches of multinational companies; and ‘Business Environment’, which takes into consideration things like internet speeds, internet freedom, and level of English proficiency. 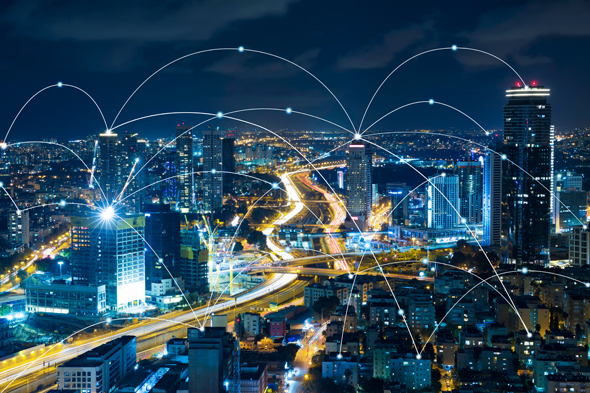 2021 saw Israel’s success attributed to strong performances in the ‘Quality’ and ‘Quantity’ scores, even overtaking the UK in ‘Quality’ and now ranking second in the world after the U.S. Where Israel suffers most is in its ‘Business Environment’ score, which saw a decrease from 16th in 2020 to 25th this year mainly due to its infrastructure and regulation. The report also highlighted Brexit as a determining factor in the closing gap between Israel and the UK. “In the post-Brexit world, the United Kingdom, almost entirely represented by its dominant ecosystem, London, faces the challenge of preserving its status as a leading global hub... Although Brexit probably did more damage than good to the local startup ecosystem, there are numerous examples of regionally disconnected countries establishing strong startup ecosystem environments outside of unions of countries.” The StartupBlink report also categorizes cities within countries, helping determine the effect that local startup hubs have on their regions as a whole. London, which saw a slight exodus of companies following Brexit, has seen its global ranking fall from third to fifth in one year, with Tel Aviv also dropping one place to 8th. Notably, Beijing has soared 14 spots from 17th to third in just two years.

Jerusalem has climbed one spot to 54, and Haifa has rocketed up 24 spots in one year to hit the 119th spot. Beer Sheva has fallen 39 spots since last year to rank 238th worldwide.

“Many countries try to copy the Israeli model of innovation, but this ecosystem is hard to replicate,” the report concluded. “It relies on entrepreneurs who are risk-takers by nature, and a geopolitical situation which incentivizes innovation as a critical need for survival.” In 2020, StartupBlink’s CEO Eli David called Israel’s IDF “one of the biggest accelerators in the world.” The Startup Ecosystem Index Report is updated each year and ranks 1,000 cities and 100 countries based on hundreds of data points from partners such as Crunchbase, Meetup, Semrush, and others.