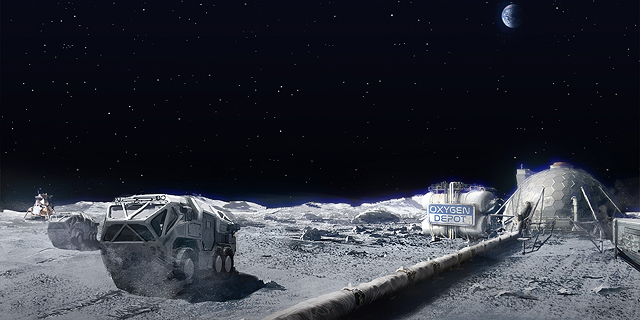 Helios to join Japanese missions to the lunar surface

The Israeli space tech startup, which has developed a way to mine oxygen from the Moon, will participate in two Japanese missions to test its technology

Israeli space tech startup Helios, which has developed a technology to mine oxygen from lunar soil, announced on Monday that it plans to join Japan-based ispace’s second and third missions to the lunar surface to test its technology to produce oxygen and metals in-situ.

The race to the Moon is renewing the dreams of decades past, and bolsters the need to establish a permanent lunar settlement. Helios’ efforts are boosted by NASA’s upcoming Artemis mission, where the U.S. hopes to send the first woman to the Moon in 2024 as well as the first man since the 1970s, and by the list of upcoming space missions to the lunar surface, including Israel’s second attempt, the Beresheet 2 spacecraft. However, a main challenge is the extraordinary cost of sending anything from the Earth to the Moon. 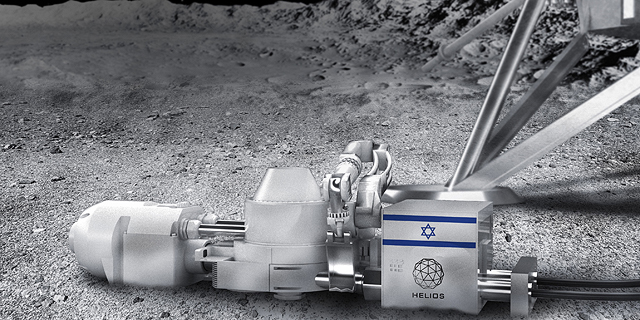 Helios plans to use its technology to mine oxygen from the Moon (illustration). Photo: Haya Gold for Helios

One of the most sought-after materials to be used in space is oxygen, to refuel rockets and spacecraft as it comprises over 70% of propellant weight. Therefore, being able to produce oxygen on the Moon is key to sustaining the expansion of humanity beyond Earth.

"The technology we are developing enables the establishment of permanent bases away from Earth. In order not to have to endlessly transport equipment to the lunar station and cause life outside of Earth to operate under restrictive constraints, we need to look at things through the prism of infrastructure that can produce materials from natural resources,” said Jonathan Geifman, Helios's co-founder and CEO.

The Japanese Ambassador to Israel, Mizushima Koichi, hosted a signing ceremony between the Israeli and Japanese companies to establish the initial agreement, according to which ispace will deliver Helios’ technology to the lunar surface onboard its landers by the end of 2023 and mid-2024. Helios’ payloads, called the Lunar Extractor-1 and -2, will test their production of oxygen and metals from lunar soil, or regolith. Lunar regolith is composed of over 40% oxygen by weight, which are locked in oxides and minerals. The Lunar Extractor -1 is designed to separate the oxygen from the soil using electrolysis. As a byproduct, the reactor will produce metal that can be cast into a mold, which could be the first artifact to be produced on the Moon in human history. This technological demonstration is slated to be a major step in humanity’s critical path to develop the ability to “live off the land” beyond Earth.

“Utilizing the resources on the Moon would lead to a large economic impact for a cislunar (Moon-Earth) ecosystem and eventually the sustainability of the Earth, and ispace, as a pioneer in building the cislunar ecosystem, is honored to provide our lunar transportation service and assist Helios to demonstrate their technology on the Moon. We are very excited by their technology and we believe this effort will stimulate more players to enter this market,” Takeshi Hakamada, Founder & CEO of ispace said.

“Returning to the Moon and establishing a permanent base on it requires collaboration between countries and companies,” Avi Blasberger, Director of the Israel Space Agency said. “The Israel Space Agency welcomes the cooperation between ispace, a Japanese company, and Helios, an Israeli company, and hopes it will lead to further collaboration. Returning to the Moon will create significant business opportunities in the global space industry, and these companies are both excellent examples of leaders in the field. Helios and ispace are an example of companies that will lead and be a key factor in this trend. The Israel Space Agency supports and promotes Israeli space tech companies, helping them become leading players in the growing global space economy as well as the Israeli economy.” 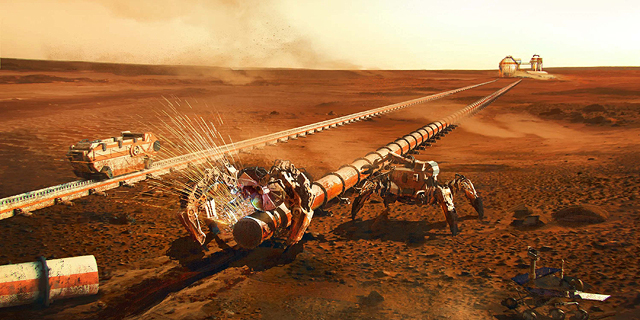 Helios' technology can be used to mine oxygen on other planets, and help establish a Martian base (illustration). Photo: Haya Gold for Helios

ispace is a lunar exploration company with offices in Japan, Europe and the U.S. It is constructing a commercial lunar lander, which aims to provide a high-frequency, low-cost delivery service to the Moon, as well as a lunar rover for surface exploration. Aspiring to be a gateway for the private sector to bring their business to the Moon, ispace has also launched a lunar data business concept to support companies with lunar market entry. The company’s first lunar mission is planned for 2022 with a second mission planned for 2023.

On its first mission, ispace’s lander will deliver payloads for the Emirati Mohammed bin Rashid Space Centre (MBRSC), the Japan Aerospace Exploration Agency (JAXA), and three companies who received awards as part of the Canadian Space Agency’s (CSA) programs. The lander for the first mission is currently undergoing final assembly at a German facility, and will launch from the U.S. on a SpaceX Falcon-9 rocket. ispace is also part of a team led by Draper, which was selected by NASA to compete in its Commercial Lunar Payload Services (CLPS) Program.

Israel-based Helios is based in Israel and backed by the Israel Space Agency, Israeli Ministry of Energy, Israeli Innovation Authority and angel investors. Some of its members on its advisory board include William Larson, NASA’s former In-Situ Resource Utilization project manager; Prof. Bertil Andersson, the Former Chief Executive of the European Science Foundation; and Yoav Landsman, senior system engineer and deputy director of the first Beresheet lunar-lander mission.