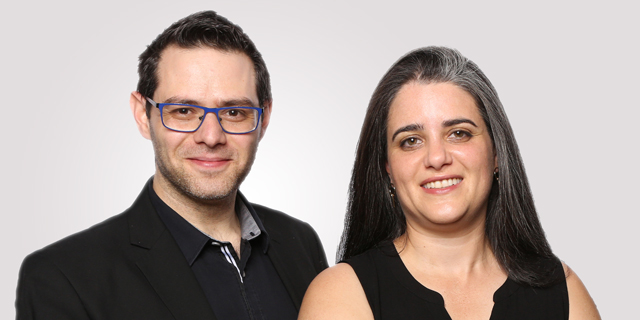 Raised: Total funding undisclosed (pre-seed), $1 million in non-diluted funding from IIA, Horizon program and grants and competitions Founded: 2017 Founders: Miri Berger and Aryeh Katz Being disabled doesn’t only inhibit a person’s ability to move but also limits their social, financial, and physical independence. Israeli startup 6Degrees Ltd. focuses on improving disabled persons’ mobility with its wearable bracelet device that studies a patient’s movements similar to how a voice-activated device “learns” a person’s voice, and alongside bluetooth connectivity, allows users to control their electronic devices. Its second-generation device, still in the works, functions as a virtual reality (VR) video game, and helps disabled and amputee persons overcome the pain caused by phantom limb syndrome. Yet, the impact-oriented startup is about more than just doing good. Its founders, husband-and-wife team Miri Berger and Aryeh Katz, understand the pain of being disabled from up-close. Katz was injured during his military service in a paratrooper’s unit, and the duo searched for ways for them to regain their independence.

“The thing that hits you isn’t just the pain or the loss of a limb,” 6Degrees CEO Miri Berger noted, “it’s the loss of independence. We want to encourage the disabled or those suffering from an amputee or mobility-restricting disease such as cerebral palsy to ‘get back on their feet’ both financially and socially,” she said. Israel promotes impact-oriented businesses that are sustainable, and the group jumped at the chance upon their return from the United States. Berger holds a background in industrial design, while Katz, who serves as CTO, was Head of the Innovation Lab at NYU and holds a background in electrical engineering and software development. 6Degrees operates in the digital health field, and its first-generation device is already available, while its second is in the works. “We created this technology to empower mobility-challenged individuals who have lost mobility. Our product addresses key human needs, such as gamification, employment, and recovery as well as encouraging individuals to pursue social, financial, and physical independence.” Motion-activated device moves mountains for the mobility-impaired The company’s device, coined MyMove, focuses on two aspects: creating digital access so that wearers can browse the internet, type, and more, and helping individuals be gainfully employed, by creating accessibility for careers which might have previously been out of reach. “The device learns about the way you move, studies and analyzes your range, speed, tremors or involuntary motions and characterizes that rhythm. It can be connected to any smart device with Bluetooth capability, and simply controls that device with any motion the person makes,” Berger explained. “It’s just like a voice-controlled device, but with motion.” “If an individual has a limited range of motion or a disease such as cerebral palsy or paralysis due to stroke, Parkinson’s disease or a genetic related-tremor the device takes into account the ability of range, and gives the user smooth range of motion on that side of the screen. “Individuals can communicate with their friends, order items online, go to school, draw graphs, play games, and help get people back to work - giving them that freedom,” she added. “It has a huge economic impact.” 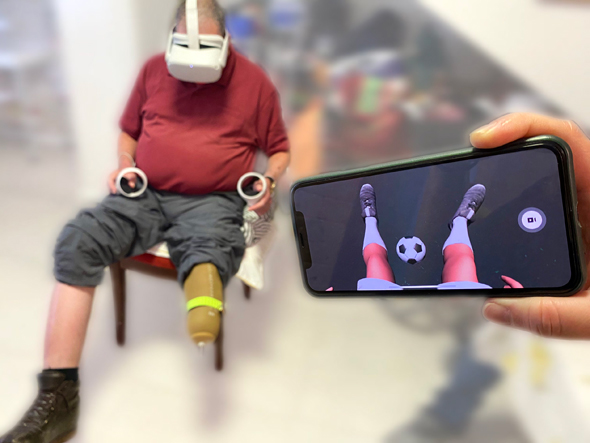 The new next-generation device is making waves MyMove+ - the company’s second-generation device, focuses on physical rehabilitation for those who have lost a limb. 6Degrees has partnered with Sheba Medical Center who is testing the pilot device on amputee patients suffering from phantom limb syndrome. Patients strap the device above their missing limb, and wear VR goggles where they see a complete limb. In turn, the “game” tricks their brain into thinking they have complete use of their missing limb, which “moves” for them in the game, and eliminates their pain. The device also provides feedback that can later help patients fully recover at home, or communicate with their physical therapists or physicians. “It’s a really amazing feeling to help people like that.” Future plans The startup won the Mass Challenge, a Jerusalem-based startup accelerator program, and has won several competitions since. It embarked on its seed round to grow its team. “We want to meet high demand, grow our company faster, and take it to market,” Berger said. Its pre-seed round included the Icelandic Venture Studio, Sarona Partners, the Dutch Unknown Group, and private angel investors. It hopes to market to hospitals and other companies in the healthcare sector, as well as insurance companies and medical device distributors.

In the future, the company aspires to create the next-generation of prosthetic hands, so that people can control tablets and electronics “digitally.” “We see ourselves developing the future of person-connected, human-controlled devices to connect all people to devices regardless of whether or not they have a disability.”