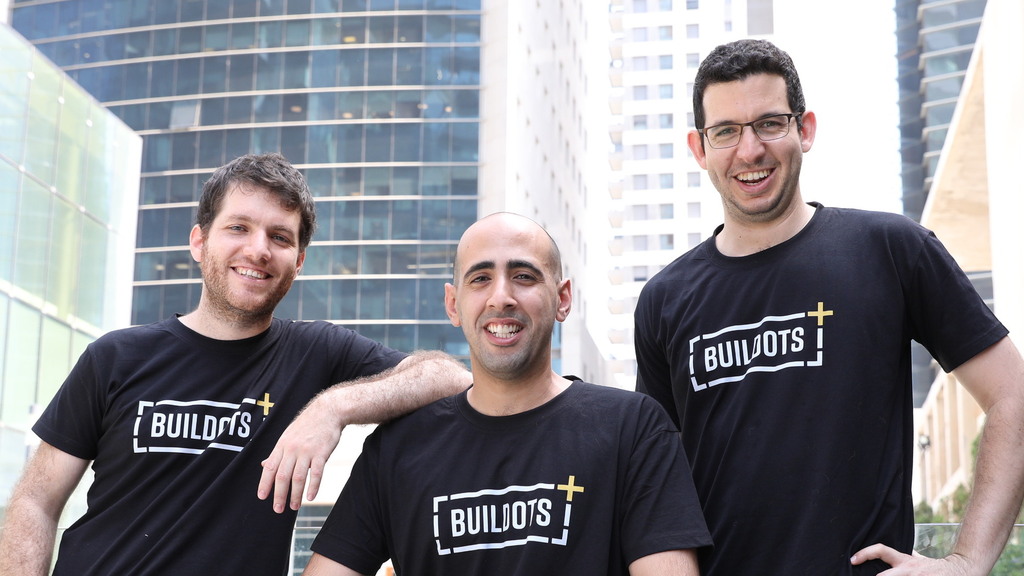 The Israeli startup’s algorithms automatically validate images captured by hardhat-mounted 360° cameras, detecting any gaps between the original design, scheduling and the reality on the site

One year after raising $16 million, Israeli startup Buildots has announced the completion of a $30 million Series B funding round led by Lightspeed Venture Partners, with the participation of previous investors; TLV Partners, Future Energy Ventures, and Tidhar Construction Group.

Buildots CEO and co-founder Roy Danon spoke to Calcalist about the company's background. "We founded the company three-and-a-half years ago. We are all graduates of the Talpiot program and the Intelligence Corps and this was our first job. We decided to found the company together and we wanted to bring technology to a traditional industry. We spoke with construction company Tidhar, who became an investor, and we understood that the construction world - and especially construction sites - are seeking a change. We shadowed construction site managers for six months and understood that the most significant gap exists in construction sites. The construction world is meticulously planned, with every socket being accounted for, but the implementation is chaotic. We integrate cameras in helmets and analyze the pictures and compare them to the plans. This gives us information of what is happening at the site and we present that to the managers, giving them a real-time picture of the site."

According to Danon, the company works in Israel with Tidhar and “with 20 other big construction companies across the world. We allow them to control and monitor their sites. We currently employ 80 people, 68 of them in Israel and the rest in London. We will use the money to build a sales department and enter additional countries with local teams, as well as expand our product." Buildots was founded in 2018 by Roy Danon, Yakir Sudry and Aviv Leibovici. It provides construction companies with an end-to-end solution that allows project managers full control of every activity on the construction site. Buildots' AI algorithms automatically validate images captured by hardhat-mounted 360° cameras, detecting any gaps between the original design, scheduling and the reality on the construction site. The easy-to-set-up platform acts as a mobile control room for project managers, allowing them to make decisions that dramatically speed up construction and ultimately reduce costs.

Buildots has recently announced that their technology is being used to reduce costs and enhance output on a slew of major construction projects being led by top building companies around the world. These include Build Group in California and Washington state, MBN in Germany, Gammon in Hong Kong, Wates in the UK and further announcements expected in the coming months. "Construction is a massive market with real GDP impact but it is still underserved by technology. We believe Buildots is the company that will change that reality," said Tal Morgenstern, Partner at Lightspeed Venture Partners. "They have created a truly unique technology, productized in a way that generates measurable ROI while still being simple enough for end-users to navigate seamlessly. The rapid adoption Buildots has seen to date is driven exclusively by word of mouth. Following that success, this financing round will support an aggressive growth plan going forward.”