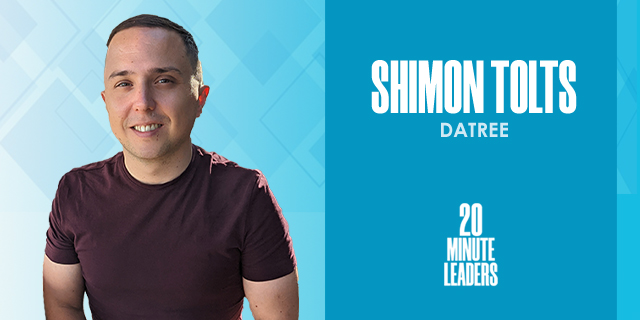 “I really believe in meeting with young entrepreneurs and helping them like people helped me.”

Shimon Tolts, founder and CEO of Datree, returns to 20-Minute Leaders to talk to Michael Matias about his Covid year

When Shimon Tolts was co-founding Datree in 2017, he envisioned following a product-led growth strategy to let users test the product rather than selling to executives. But everyone around him was talking in top-down terms, and he went along with it. When COVID hit and meeting with customers and being at shows no longer was easy, this gave Tolts and his co-founder the chance to make a big change. They broke free from the “book a demo” mentality and now allow potential users to test out the product themselves. Datree runs automated tests on code in Kubernetes-based environments every time a developer makes a change. These tests catch many mistakes before they reach production and cause major issues. Even though the changes involved closing the U.S. office of Datree, Tolts says they have resulted in many new customers and lots of feedback and data to drive improvements.

Click Here For More 20MinuteLeaders This is the second time you’ve been on. Tell me about Datree.

In a few words, what we do is we prevent misconfigurations from ever reaching production in a Kubernetes-based environment. Developers are writing code, making changes, working on different Kubernetes manifests helm templates. We apply automated tests that run every time that there is a code change by a developer. If he or she makes a mistake, we prevent this change from reaching production and causing great issues.

What happened in the world of computing and cloud that enables this problem to be so significant today?

The main change that happened is our shift into developer autonomy, breaking up the teams and making it possible for anyone to deploy into production. Before, we used to have the Ops teams, the development teams, and maybe QA teams. Now, in the DevOps world, it's all mashed together. Together with that, the cloud and the cloud native technologies that came from the cloud native foundation like Kubernetes: no matter what, you can use Kubernetes to actually operate your data center. This is a common language, common API that everyone uses now.

Take me back a little bit more than a year and discuss the journey that you took.

Before I started Datree, I was head of an engineering department at IronSource. One day, an engineer made a mistake. We found the problem. But then we had no way of propagating this development standard to the entire company. This prompted me and my co-founder, Eyar, to quit our jobs and to do it in an automated way that is seamlessly integrated. Like when you write in Word, you have the spell checker that tells you there's a problem. Imagine the same thing, only with code and Kubernetes. 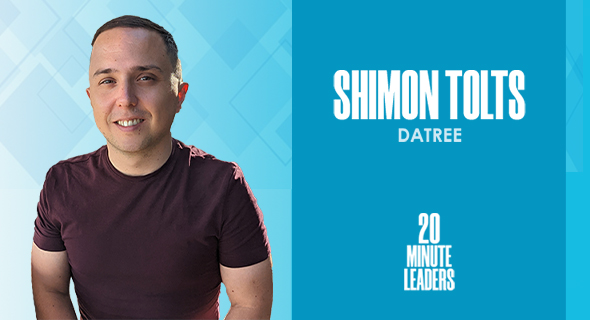 The interesting part is that when we started, we started the company as a top-down organization, sales-led. Now, we've actually made a huge change. We're now a product-led growth company. You get to experience and evaluate the product yourself.

I want to know about that journey.

Back in the day when I was an engineering manager, I would never click on “book a demo.” I'd rather jump off a cliff than click on “book a demo.” In engineering, you go, you test the things out. If it works, you put the credit card. When we started the company, this was the intuitive thing for me to do. But it was 2017; everyone was talking in top-down terms. I was like, "Am I the only crazy one here? I must be crazy."

As COVID started, we had more than 15 companies as customers. I found myself thinking, "How are we supposed to continue driving the business if we can't meet customers, if we can't present at shows?" One day, I was sitting in my home, looking at the website, and seeing the “book a demo” button, and I was thinking to myself, "I would never click this button. Why would I do this?”

I'm guessing it's not that easy to just close the US branch. You have to say, “No, we need to go a few steps back so then we can run much faster forward.”

You're absolutely right. I really love Tel Aviv. I did not want to move to San Francisco. When COVID hit, our investors immediately told me, "Shimon, just come back. We want you to be safe." I said, "No, I'm on a mission here." I was very stubborn. Then, I found myself, months after months after months sitting in my apartment, saying, "I'm going to fly back to Israel because there's nothing for me to do here.” We changed our marketing to this bottom-up motion. We're really fortunate that our investment team and leadership team was really supportive.

We have already proven that people want to pay for it. There is a need. Now, we're working on the adoption effort. A month ago, we launched an open source go project that you can actually run on your laptop and put in your CI/CD. We now have dozens of companies. You get people from the internet, and you work on crystallizing the journey and understanding the pain point. We had to remove a lot of features to make it really clear what the value that they are getting is. You see people that install it in their computer, play with it, put it in their production—and it's amazing. They send scrolls of feedback. Now we have real user feedback that we can use to improve.

Tell me about product-led growth.

I think that the key aspect of looking at the PLG is understanding the shift from the era of selling software to the CIO or the executives. Now is the end-user era, which is the PLG era. The shift in PLG is that you cater the product to the end user, not to the buyer, the executive, or the company—to the user.

You need to change your thinking from “the customer wants feature ABC in order to close the deal.” We see X amount of companies. We think that we can do this feature according to their feedback. You have to constantly reduce the friction and be data-driven.

It's much less subjective to your sales ability because you're selling a value.

Absolutely. The product has to cater to a very fast self-ability to evaluate the product, and if it brings value to you, it has to show you the aha moment really fast.

I think that one of the most important things is to measure. We know how many people come to the website, how many people install it, how many people use it, and how many invocations they do. We look at it and say, "Where do we think we should optimize now?” From my experience, our engineering team is really involved in the business because they see the numbers, they see the influence of releasing new features, fixing bugs, and understanding exactly their impact.

As a child, what fascinated you?

What fascinated me as a kid, and it still fascinates me today, is understanding how things work. When I was in fourth grade, my parents bought a computer. When they went to sleep, I looked at it, started clicking all the buttons, and opened it up and looked at what's actually inside. Literally opening it up. I'm very, very curious. This leads you to also understanding how things work and then applying it in order to achieve greater goals.

A role model on your journey?

The founders of IronSource. I would like to have a culture that is similar. They really, really trust in you the first day they give you the keys. You also get the responsibility, but you get all the credit and do amazing things. I always try to enable every person in the company. If you want to try something, you should do it. This is the spirit that I got from them.

I'm very, very curious. I'm very ambitious at achieving things, which can also give you a bit of tunnel vision. I really believe in karma, meeting with young entrepreneurs and helping them like people helped me.