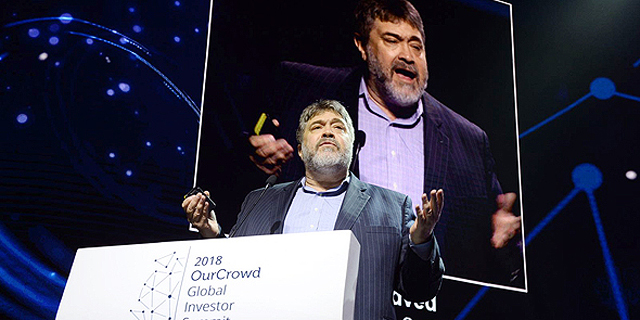 OurCrowd CEO: We will continue to support Airobotics

Despite the autonomous drone manufacturer’s failure to raise $6 million and go public, Jon Medved said "we are undeterred and continue to support the companies we believe in"

It seems that every possible mistake was made during the Airobotics IPO. But the failure to raise a relatively small sum of NIS 20 million (more than $6 million), will echo for a long time within the capital market. 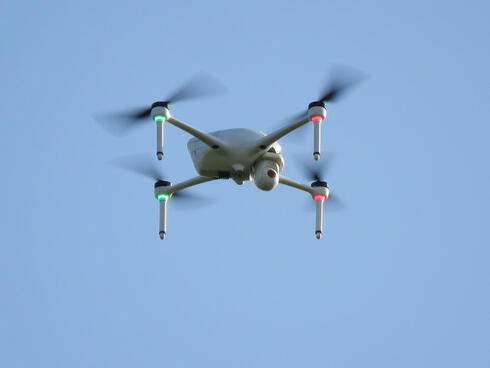 The crash came after the company, which developed an autonomous drone, initially sought to raise capital at a value of more than $160 million before eventually settling for $50 million, only to fail to raise at that value as well. The move significantly hurt the company and its investors’ prestige led by the OurCrowd platform, and the underwriters Leumi Partners, which accompanied the IPO from the beginning, and Discount Capital, which joined to help about a month ago. In his first response on the matter, Jon Medved, founder and CEO of OurCrowd, said that “OurCrowd will continue to support Airobotics, both as a shareholder and as an investor. Airobotics faces a significant opportunity in the autonomous drone market. Capital markets fluctuate, and building a strong long-term technology company is a tough business.” "We are undeterred and continue to support the companies we believe in." Medved's remarks indicate that OurCrowd will provide the company with capital to help it survive, both with or without other investors participating. A move, that by the way, could have been done earlier and saved OurCrowd from the embarrassment.

There are two main reasons for this failure. First, a market that is no longer willing to accept technology companies without significant sales and a clear future, after offerings in the first half of the year inflicted losses on investors. And secondly, a negative momentum in the fundraising process and a valuation decrease, which led to a real panic surrounding the company. Airobotics planned to raise $12 million. Its shareholders, OurCrowd and Singapore-based Temasek, poured $4.5 million into it several months ago. $6 million was the minimum threshold to raise, but wasn’t achieved either, and investors and shareholders in the company were regulatorily prohibited from making up the difference. Airobotics was founded in 2016 by Ran Krauss and Meir Kliner. Two months ago, Krauss who served as the company's CEO was replaced by Kliner. The company has raised $122 million over the years from investors such as Temasek, Microsoft, Upwest, and OurCrowd. The company has developed a drone that is capable of flying for 40 minutes before returning to the docking station, replacing a battery, and flying again. If necessary, the drone can also replace the sensor, from a camera sensor to a sensor used for measurements, and all of that autonomously. The drone’s high price of around $300,000 led many to choose cheaper, lower-quality drones. The company's revenues in 2020 were only $1.6 million and this year, its revenue is on pace for an annual rate of $4.4 million. Institutional investors did not participate in the IPO, first due to what they deemed was an exaggerated valuation, and later, when the value dropped to $50 million because it was too small. A senior executive in the underwriting market said that "the market has changed and is not willing to accept stories anymore. The money invested in the company is irrelevant because the company failed to be relevant. Airobotics should not have reached an IPO. Anyone who fails with his or her business model and is out of options thinks they can go public and someone will invest. That is no longer the case." He added that "they have created a heavy infrastructure for a drone that was supposed to be patrolling. The shareholders also know that the company is worth nothing. Its product is irrelevant. It is like me showing you a new feature for VHS tapes that makes them go twice as fast, is that relevant today?"

The process also drew criticism towards the underwriters. "Who goes for such a fundraising process when it is not guaranteed? When there is the slightest doubt you abort," said another underwriter. It is safe to assume that OurCrowd regrets the move. When the underwriters realized that the institutional investors would not participate in the process, they sought to cancel the offering, but OurCrowd hoped and believed that its 15,000 investors would buy the shares. It did not happen. Airobotics said in response: "Airobotics' product is at the forefront of all aspects and is fully automated, something which no other company in the world has. It is the most advanced system in the world consisting of tens of thousands of parts. As for the fundraising, investors did not want to be diluted, and the company also did not need more money.”