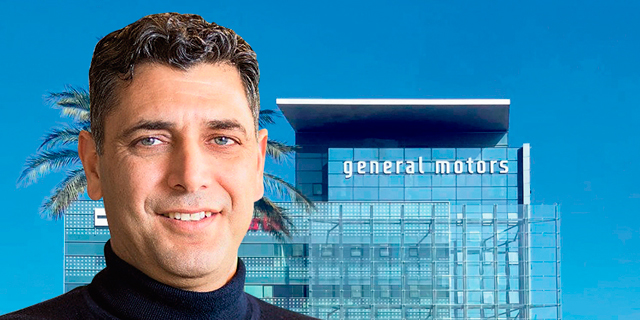 Calcalist has learned that the auto giant will pay NIS 300 million to make the building its own for ten years. Gil Golan, the center's executive director: We need a lot more space

The General Motors Technical Center in Israel is significantly expanding its activities. Calcalist has learned that the company rented an eight-story building on Shenkar Street in Herzliya Pituach, with a total area of ​​more than 11,000 square meters (about 120,000 square feet) for NIS 300 million (about $93 million) for ten years. The American car giant joins a number of high-tech companies that have recently chosen to place their companies in Israel across entire buildings. Companies like fintech unicorn Tipalti, that leased a building in Neot Afeka, Riskified, which recently became public, has rented the Europe Building in Tel Aviv, and SimilarWeb, which is in talks to rent Pelephone’s building in Givatayim. The new GM offices will bring together a workforce currently scattered between three sites in Herzliya Pituach. The company is expected to move to the new offices towards the end of the year.

At the beginning of the Corona pandemic, many technology companies were considering downsizing their offices or moving to a hybrid work model that would allow them to reduce the office space they rent. Despite that, in recent months there has been an increase in companies moving to buildings and big real estate rental deals, especially in what is defined as high-end locations. Apparently, more companies realize that despite the hybrid model, there is still a similar, or even greater, need for office space. GM, in light of the global acceleration in the field of electric and autonomous vehicles and the expected growth in the company’s activity in Israel, is preparing for further expansion and is already negotiating the lease of another 6,000-8,000 square meters (about 65,000-85,000 square feet) to enable the absorption of more than 400 employees in the next two years. "During the past two years, we have grown significantly. We decided to take a large building that probably will not be enough for us either. We currently have 600 employees and by the end of next year we will reach 750," Gil Golan, executive director of the technical center, told Calcalist. ”It is important for us to have a complete structure with our own logo and identity. This building was best suited to our needs. As a development company in the automotive field, we need a ground floor with work stations that can be reached with the vehicles."

The new building will also include a designated area for advanced test vehicles where development teams can examine new technologies developed in Israel for the vehicles of the future. In addition, the offices include leisure spaces designed for the fitness, health, and well-being of the employees. "We work in a hybrid model and also from home, but in any case, we need a lot more space. The day we move we will have more people than chairs and we will have people who will work from home. I estimate that in the future everyone will work in a hybrid model with only 20% working in the office," said Golan. General Motors' activity in Israel began in 2008 and was the first R&D center of a global car company in the country. In 2016, a strategic decision was made by the management of the global company to increase the size of the development center in Israel.