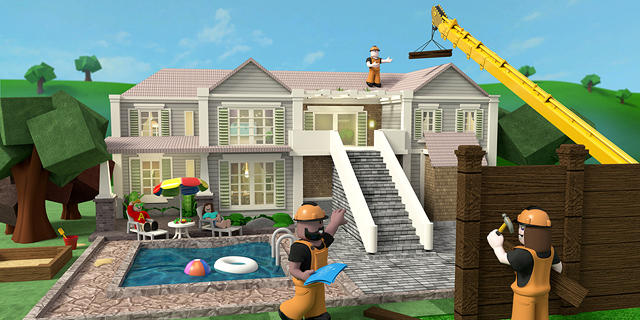 Since the beginning of the year, Toya's user base has grown more than 100x, and driven over 200 million game visits. The company said that its new funding will help "enhance the company's current product offering, integrate new titles onto its growing platform and expand its hiring and partnerships efforts."

"The creator economy is booming, and great content is in high demand. Toya's ability to create breakaway hits helped us to attract a dream team of backers," said Anat Shperling, Toya Co-Founder and CEO. "With this new funding, we'll be able to accelerate our product development and go-to-market plans, giving Roblox gamers beautiful, fun and diverse gaming experiences."

Enjoyed by 42.1 million users daily, Roblox is a global platform that encourages users to explore, play and create. While Toya's mission may be to create inclusive games for girls and women on user-generated platforms like Roblox, which boasts 44% female users, their games are for everyone everywhere.

Miraculous RP: Quests of Ladybug & Cat Noir, developed by Toya and Zag Games, exceeded 200 million plays to date. The game is the first adaptation of an animated TV series into the metaverse.

Simultaneously with the raise, Drive by DraftKings CEO and Managing Partner Meredith McPherron is joining Emily Greer and Anat Shperling on Toya's Board of Directors.

"Toya has put together the best team in the market for metaverse content, and has been getting significant traction to its content," McPherron said. "I'm incredibly excited about Toya's focus on the Roblox economy, which is growing to be a major content platform. The company's message of diversity and inclusion has allowed it to reach 30% of girls in the US, with engagement metrics which eclipse other forms of media."

It was calculated that female gamers comprised 41% of computer and video game players in the United States in 2020. Girls and women are getting more and more into esports as well, with reports citing women comprising 35% of esports gamers and 30% of esports viewership.

According to Crunchbase, 423 gaming companies had at least one female founder, up from 312 in March 2020.

"We are excited to back Toya and the team on its mission to build new, immersive and interactive entertainment experiences on top of Roblox," said Kevin Baxpehler, General Partner at Remagine Ventures. "We see a new layer of internet being created, which is fun, social and commercial, and Roblox together with Toya are at the forefront of building it."