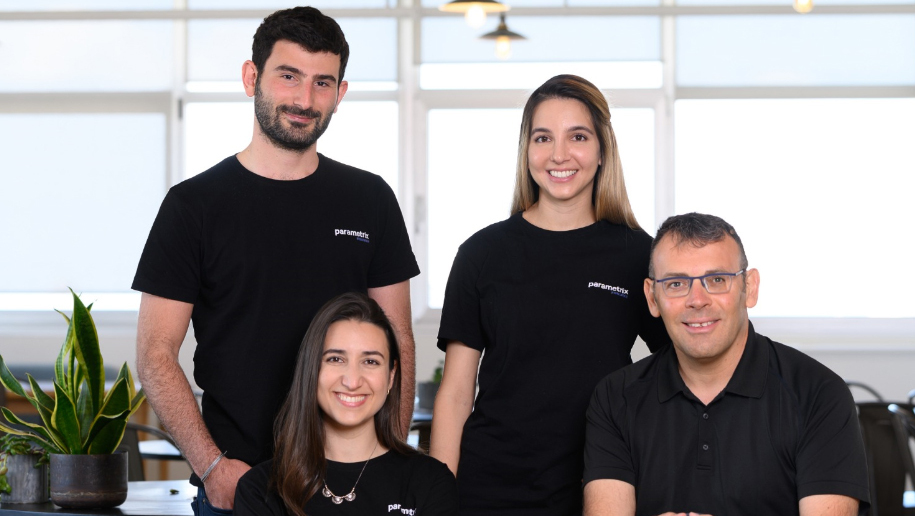 Down, but not out: Parametrix ensuring uptime glitches aren’t destructive

Israeli startup Parametrix is disrupting the insurance industry with its IT downtime policy, recently expanding into Europe after already entering the U.S. market with certain underwriters at Lloyd’s of London, and partnering with Japanese insurance giant Sompo

IT downtime insurance may sound confounding and complex, but its significance and promise are clear when you speak with Yonatan Hatzor, the co-founder and CEO of Israeli startup Parametrix. "Uptime and innovation are two things that don't coexist. Innovation developed by humans comes at the expense of downtime," Hatzor told CTech. "Companies are already at 99.999% uptime and anything higher than that would mean that they aren't innovating, which is something that they must do in order to remain competitive. This means there will always be new services, a new payment system, a new cloud service, and humans are part of these processes. Human error is the leading reason for downtime so there is always going to be downtime and we will always have a business." Parametrix specializes in insurance policies in the event of cloud-based crashes or downtime, ensuring that companies with mission-critical services in the cloud can quickly recover from IT downtime events. Hatzor's words are backed up by Parametrix's swift expansion, with the startup that was founded at the end of 2019, already creating shockwaves in the traditional insurance industry. The company is quickly moving forward with its plan of entering as many markets as possible, after launching in the U.S. with certain underwriters at Lloyd’s of London in 2020. Europe is its latest focus, with CTech learning that Parametrix recently received all the regulatory approvals to begin marketing its policy in Germany where it will do so with underwriter Hannover Re and insurance company ELEMENT. The company is also expecting to soon receive approval to sell its insurance in Italy, France, and Spain. 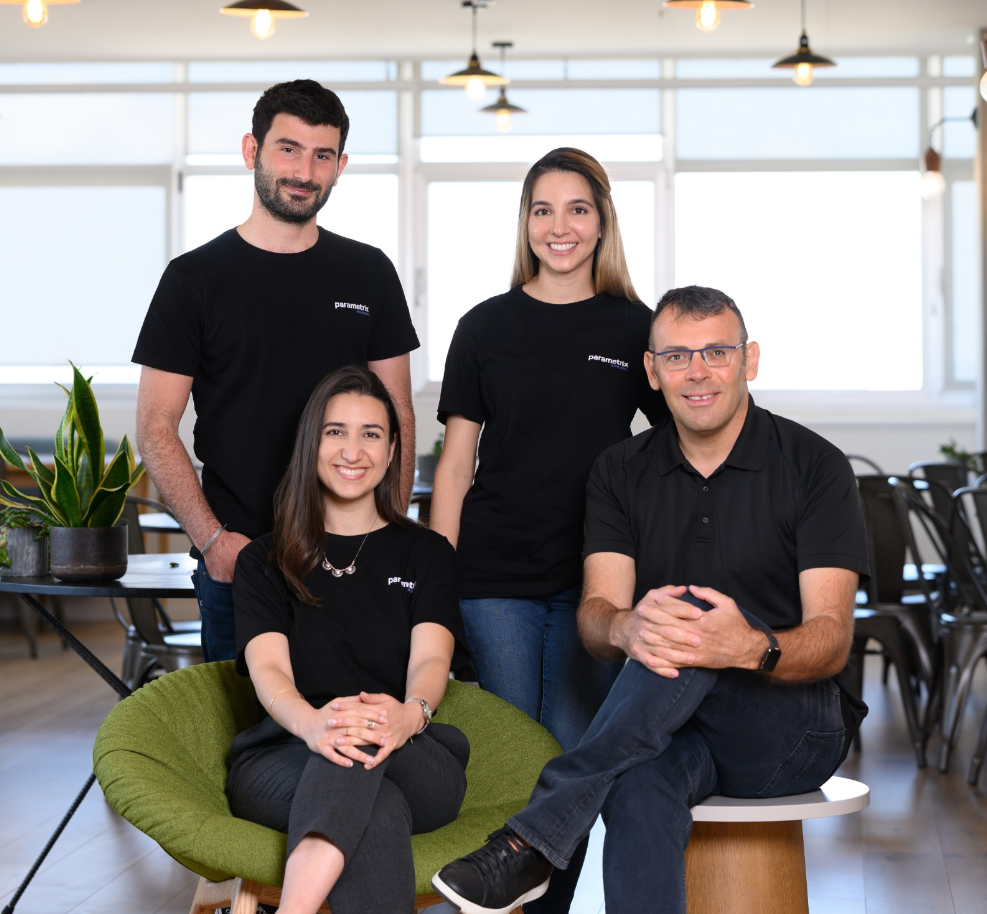 All of this comes on the back of June's announcement that Japanese insurance giant Sompo launched a new insurance product to insure e-commerce stores on platforms such as Yahoo! Shopping, Shopify, and Amazon, based on the technology of Parametrix. The company's plan is to provide service to millions of customers in Japan and the Far East over the next few years, thanks to the collaboration. The project was created and agreed upon during the Covid-19 pandemic solely through Zoom meetings. Parametrix, which raised $17.5 million in May of this year from FirstMark Capital, and F2 Ventures, has developed innovative technology which continuously monitors many third-party systems such as cloud computing, internet service providers, customer relations management systems, e-commerce services, and digital payment means. This system provides precise alerts about the timing of downtime and the type of services that have collapsed, as well as providing the data required so that the company can produce inexpensive policies, based on parametric models. Parametric insurance is insurance that allows rapid provision of insurance indemnity, without the need for a claim adjustment process, and which is adapted to the needs of the customer, in terms of the level of the coverage. "A business has to ask itself what would happen to it if tomorrow its cloud environment would be down for 6-7 hours," said Hatzor. "If the answer is that it would cause significant damage or impact its customers, then it is less of a question of what are the odds of this happening, which by the way aren't that low, but rather how can I lower or transfer this downtime risk to change the outcome, which means they need Parametrix's insurance. "Covid-19 added to this necessity as businesses migrated faster to the cloud, and that now companies are working remotely. If Microsoft Teams, for example, is down it will cause a lot of damage. The pandemic created an online dependency on services for companies that didn't exist previously." The significance of Parametrix's offering was on full display earlier this summer when millions of users around the world experienced a sudden collapse of news sites like the New York Times, CNN as well as online e-commerce websites such as Amazon, eBay, and Shopify. The crash occurred as a result of a severe malfunction in the servers of a company that provides cloud content infrastructure. The glitch affected not only web surfers, but also a long line of businesses around the world that rely on the proper functioning of those servers that crashed. In addition, during March users worldwide reported a fault using Microsoft which lasted for more than three hours. As a result of the malfunction, multi-user services such as 365, Exchange, and Teams collapsed, leading to damage to many businesses. Similar events happened to Google in February and to Amazon late last year. Hatzor explained that traditional insurance companies hadn’t entered this field previously mainly due to a lack of data. "Insurance companies amass data through claims experience. As they receive claims they understand how to adjust the prices. When we entered the market we already had 10 years of data and systems that are constantly monitoring in order to improve our database. This allowed us to understand the risks better," said Hatzor. "The reason insurance companies didn't enter this market was that they don't understand the risks involved here and they are generally slow movers. We developed one of the only new insurance products over the past 15 years. Insurance doesn't move as fast as companies need it to. We have been hearing of some similar projects that have popped up since our recent funding round was announced, but there are matters like securing insurance underwriters and that is something that takes time. We are proudly backed by some of the biggest reinsurers in the world and they stand behind our model and allow us to offer our policies."

Parametrix is the second company Hatzor has founded after previously being part of the team that built Matter Software. Hatzor served as the CTO of the company until 2019 when he decided he needed another challenge even though the company was doing well. He joined forces with Neta Rozy, Ori Cohen, and Tamir Carmel to set up Parametrix, and the diverse founding team set their sights on insurance. "We had a very clear mission. We wanted to build a very strong team and to choose an industry that would allow us to expand not just vertically but horizontally," said Hatzor. "The founding team is diverse, two women and two men, and it is the same in the management team and also in the company in general. Ultimately we believe that a person should be judged based on their skills regardless of religion, race, or gender. But we believe that when two of the co-founders are female, a COO and CTO, that results in more women applying for jobs at the company that may not have done so otherwise and for more quality women to ultimately join Parametrix." While the likes of Hippo, Lemonade, and NEXT, all founded by Israelis, have been disrupting the traditional insurance industry over recent years, Hatzor insists Parametrix presents something different that will ultimately also allow it to expand into many other verticals. "We selected insurance because we felt that we had B2B experience and that the companies which entered this space in recent years like Hippo, Lemonade, and NEXT are far more focused on consumer insurance," said Hatozr. "We believed that the risks had changed drastically and felt that downtime is a field in which we could focus on businesses. We focused our business plan on that, but we selected insurance on purpose as this is an industry in which there are many opportunities to expand."