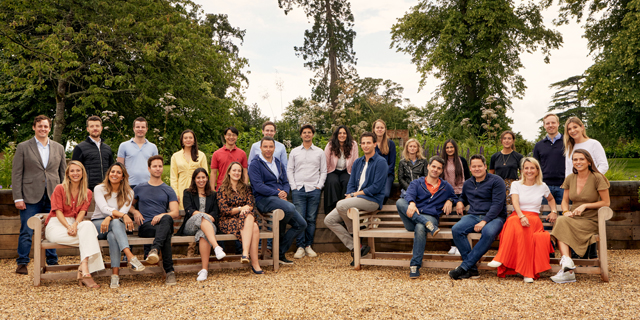 "I believe that we will soon see Israeli companies that will be valued at $100 billion and not just $10 billion the way we see today," said Davor Hebel, Managing Partner and Head of Eight Roads Ventures Europe

VC fund Eight Roads Ventures has launched its fourth fund, raising $450 million to invest in European and Israeli tech companies. Calcalist has learned that it plans to allocate a third of the funds to Israeli startups. Eight Roads is planning to invest in 15-20 companies across several sectors, including software-as-a-service (SaaS), fintech, healthtech, and B2C. Investments will range from around $5 million to $50 million per company. Eight Roads has invested in several Israeli companies recently, including Walnut, Fireblocks, Gloat, and AppsFlyer.

"I believe that we will soon see Israeli companies that will be valued at $100 billion and not just $10 billion the way we see today," Davor Hebel, Managing Partner and Head of Eight Roads Ventures Europe, told Calcalist. "I think that the value of many companies at the moment reflects their massive potential and not just their value right now. When we were among the first investors in Alibaba no one believed they would reach a $400 billion valuation. There are many companies in Israel that can become really huge. We fell in love with the local market since our investment in AppsFlyer and we are increasing it on a consistent basis."

Eight Roads has a presence in Europe, North America, and Asia. The VC currently manages over $8 billion in total and has a team of 100 investors, including 20 investors that focus on investments in Europe and Israel. The fund’s European/Israeli portfolio includes the likes of Cazoo, Fireblocks, Made.com, Spendesk, and Red Points.

"Eight Roads invested in us when we had barely one office with 50 employees and mainly a promising vision for the future," said AppsFlyer CEO Oren Kaniel. "They have continued to support us since and played a significant part in our growth into a global company with 1,200 employees in 20 offices across the world, and all within less than six years."