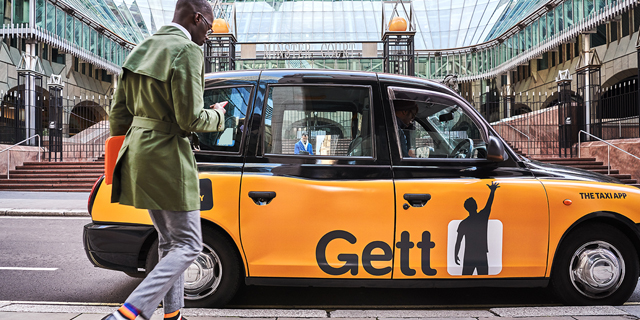 The global corporate ground travel company is in the midst of completing the PIPE investments, estimated to be in the region of $150-200 million

Global corporate ground travel company Gett is closer than ever to going public in the U.S. Calcalist has learned that the Israeli-founded company is on the verge of merging with a special purpose acquisition company (SPAC) at a valuation of $1.3-1.5 billion, similar to its valuation in its most recent funding round in June 2020. Gett is currently in the midst of closing its PIPE (Private Investment Public Equity) investments with the assistance of Morgan Stanley and the Jefferies Group. Following the closing of those investments, estimated to be in the region of $150-200 million, Gett will move forward with the merger, which is likely to take place in the coming weeks.

Despite the fact Gett is at the final stretch of going public, completing the deal at the valuation it is seeking is far from a given considering the company's track record. Gett has been looking into going public for the past two years, with its CEO already saying back in 2019 that it plans to do so by the end of that year. The company looked into the option of doing an IPO on Nasdaq, in Europe and even on the Tel Aviv Stock Exchange in recent years, but now seems set to be heading to the market via a SPAC merger. Gett, founded in Tel Aviv in 2010 as Get Taxi, has rebranded itself in recent years from a taxi-hailing company to one working mainly in the enterprise market, optimizing its clients' corporate ground travel needs, from booking and riding to invoicing and analytics.

Gett revealed in January that it had raised $15 million to complete a $115 million funding round it had announced the previous June. According to the company, it raised the additional $15 million to accommodate interest from new investor Pelham Capital Investments Ltd. and Gett's existing investors. "We are on a journey to transform corporate ground travel and I'm delighted that investors find our model attractive. This investment will allow us to further develop our SaaS technology and deepen our proposition within the corporate ground travel market,” Dave Waiser, Gett’s CEO said at the time.