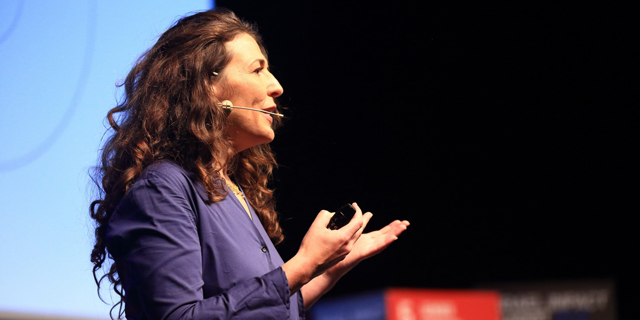 Eco-friendly construction: how one startup is building a recyclable future

The construction industry is one of the main sources of pollution on our planet, and efforts to reduce the strain of pollution on our atmosphere have been sparse and ineffective. The female-led Israeli startup, Criaterra Innovations, creates sustainable building materials to build office and residential buildings that can be recycled and later even reused. “We’re making products for construction that have a low carbon manufacturing process; they’re fully circular and sustainable solutions,” said Criaterra CEO Adital Ela in an interview. The company has a range of products, some of which have six times more thermal resistance than concrete, four times more than ceramic, and emit only 20% of carbon dioxide in the production process, as well as saving up to 90% energy compared to standard practices. “This creates a major environmental impact and changes the planet for the better,” Chairperson Daphna Wiener explained. “This industry is ready for disruption, and there are tremendous financial and environmental opportunities to do so.” The company is based in the industrial area of Holon, where it has an R&D laboratory as well as a pilot production plant. Its products are already installed in several office buildings in Israel, including in those designed by the Tidhar Group Ltd., and across 10 different Bank Hapoalim branches. Criaterra plans on collaborating with various high tech companies, and the company hopes to open an industrial plant in Europe in 2022. Currently, it offers both decorative tiles and outdoor tiles, which can replace typical ceramics or concrete that is used in buildings. 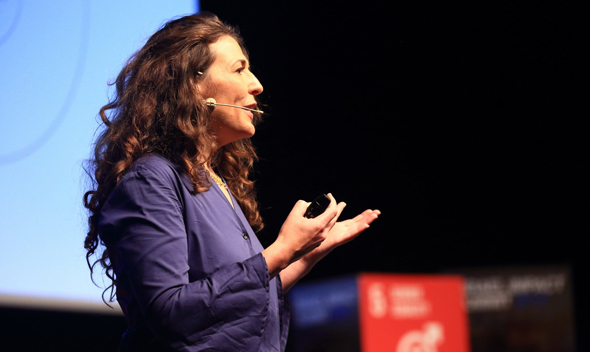 Recycle and reuse Sustainability isn’t just a slogan for Criaterra, and it claims that its products are fully recyclable. Most of the products in construction are obtained by extracting minerals from the ground, from sediments such as silt, sand, limestone aggregates, and clay. These products contain cementitious products that are incinerated in kilns at very high temperatures of 1,200 degrees Celsius and above, requiring the use of fossil fuels. The outcome is less than pretty: all the carbon that was deposited by nature in the minerals, is later dumped into our atmosphere. According to recent data, nearly two-thirds of CO2 emissions are indirectly caused by construction. Another drawback is the large investment of energy and heating in order to achieve these very high temperatures, which are needed to create the chemical reaction within the minerals. Those substances cannot be recycled or be returned to the Earth, and instead become different compounds. “Clay would become something similar to volcanic ash,” says Ela, while other minerals would irreversibly change. “Whatever is destroyed in these reactions cannot be used again,” she added. Criaterra however is using the same natural materials - namely clay, sand, and silt - but combining them with natural vegetal fibers, to create a composite material that can be produced without using high temperatures, at 100 degrees Celsius. In that way, CO2 stays in the minerals, and doesn’t generate the chemical change that is created by incineration. “The materials stay in the same chemical form that they are prevalent in nature, and can be fully returned to earth. They’re completely biodegradable, and retain their economical and environmental value so that they can serve future generations,” said Ela, adding: “We recycle 100% of our materials that we don't use, and hope to achieve a reality where a building could be destroyed but the same material could be used to recreate another building in the same space in the future.” The overall process aims to reduce the high carbon footprint by reducing the most pollutive aspect of the industrial cycle. Getting creative Criaterra has a decorative tile collection, and it also has a separate version designed for wet rooms, such as restrooms. Its decoratory versions come in one of two versions: one is hexagonal and repeats itself to create various patterns, while the other is a version of eight different shapes that work together to create different patterns, and is produced in nine different colors, enabling architects to create unique designs and be creative. It hopes to launch its second version by the second quarter of 2022. 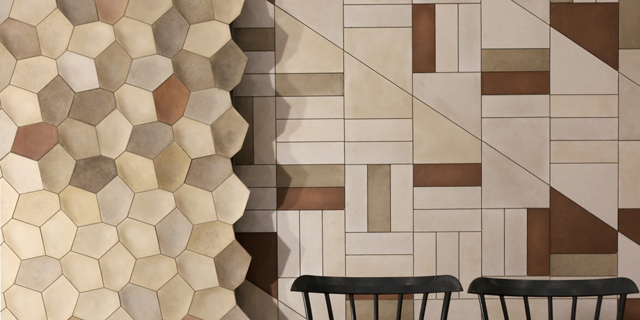 Criaterra's recycle, reusable tiles can be used to create a variety of patterns. Photo: Criaterra

Cleantech and greentech are rapidly becoming a renewed focus for investors. “We can’t solve the climate problem without addressing this industry. It has to offer better solutions,” Wiener added. In addition, governments around the globe are putting forth sustainable goals, which would grant sustainable products high economic value and the potential to create significant returns for investors too. Ceramics is also a huge player in a wide range of industries, whether in decorative products, utensils, or design.

Currently, Criaterra has received $2.3 million (2 million euros) in non-dilutive or grant funding from the European Commission’s Horizon Europe program, whose main focus is to decarbonize the industry. Obtaining this funding was no simple feat, as the company needed a strong validation of its product and solid financial and future plans heading forward, Wiener explained.

Criaterra hopes to develop outdoor cladding too, and is working on formulating partnerships in that regard. It also has plans to open a facility in Portugal geared toward the ceramic industry in 2022 to serve Western European nations, and is working on launching its products with customers in the UK and the Netherlands. Criaterra is also in the process of completing a pre-seed financing round of $4.6 million (4 million euros) from venture capital firms. Recently, the company was featured as a finalist for the 2021 SBID International Design Awards in the Surfaces & Finishes category for its zero-waste tile. The future, at least according to Criaterra, seems bright.