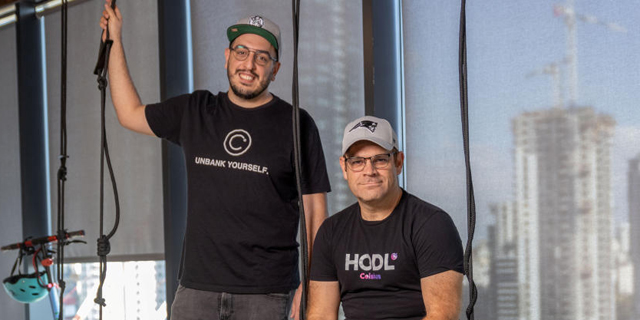 Is Celsius the bank of the future or just a $3 billion-pyramid scheme?

After raising $400 million, Israeli-founded Celsius wants to become the respected financial institution of the crypto world

Daniel Leon is laughing all the way to the bank. Not as a metaphor, but literally. Two years ago Leon returned to Israel after 20 years in New York to manage Celsius Network’s operations, as one its co-founders. Leon was already a techie entrepreneur with several successes (and failures) on his resume, and had quite a bit of money. He had been holding that capital at Merrill Lynch, one of the largest and oldest financial institutions in the world. But then, he returned to the Holy Land. 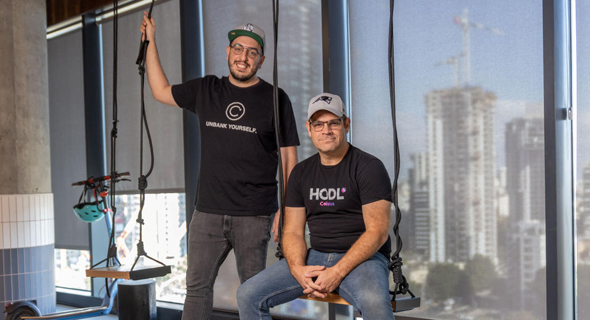 “I went to my bank’s local branch to take out a loan to buy an apartment,” he told Calcalist in an interview. “I wanted to put down NIS 1 million (approximately $311,900) in personal capital, and take the rest out in a loan. They asked me how I had so much capital to make a down payment, and I explained that it came directly from my bank account, which I’ve managed for years at Merrill Lynch. It was an account in my name, with all my information, and it wasn’t just some unknown number. At the bank, the tellers raised their eyebrows, but moved forward toward finalizing the loan. They asked questions, I filled out a form, and when I mentioned that crypto was my occupation, they asked me to leave. The banker told me more or less: ‘Sir, please leave the bank and be grateful that I’m not going to close your account, you’re lucky.’” Leon laughs as he tells this story. He can afford to. He already purchased an apartment. He continues to amass wealth, mainly due to his shares in Celsius. Two weeks ago, the company completed a $400 million round at a $3 billion valuation. The huge round with an exceptional valuation is part of a move that still seems surprising: in July 2020, Celsius raised $30 million at a valuation of a little over $100 million. Within less than a year that valuation leaped thirty-fold, and the company is happy to talk about how they could have raised more in the current round. But Leon is mainly proud of the fact that that money in the current round didn’t come from crypto investors, but large, established, and solid institutions - a Quebec teacher’s fund and WestCap, an investment fund. Aside from the cash, the round is meant to serve as a stamp of approval of the company’s legitimacy. Celsius is a sort of bank for cryptocurrencies. In the middle of last year, it managed a billion dollars in crypto. Today, it already manages $26 billion. It has a little over a million customers, who deposit different digital currencies, from Bitcoin (which comprises about 40% of deposits), Ether (which makes up 30%), to SushiSwap. Celsius doesn’t just keep the money like a bank, it also allows its customers to take out loans, with the cherry on top being a weekly interest rate which those who deposit crypto earn (which Celsius refers to as “rewards”). Its yearly interest rates are between 5%-12% - which are amounts that customers at regular banks can only fantasize about. This issue of high interest rates on deposits that customers don’t even have to pay commission on raises many questions, and puts Celsius on the defensive. The company understands all too well that it still needs to prove that its business model is feasible and valid. And that’s why it made a point to bring in Canadian pensioners. “That was exactly the point of our round - to kill all doubt,” Leon says. “Now, we have investors who have a lot more to lose than myself, and they’re putting their reputation on Celsius. This is almost my dream.”

What is your dream?

“My dream is that people stop asking me why this isn’t a pyramid scheme.”

Leon (47) is the President and COO of Celsius, and co-founded the company in 2017 with CEO Alex Mashinsky, and CTO Nuke Goldstein. After the latest round, each co-founder is now worth hundreds of millions of dollars on paper. Leon is the face of the company’s Israel branch, and is joined by Roni Cohen-Pavon (34), the CRO, during the course of our interview. Until last year, Cohen-Pavon served as a lawyer at the Herzog Fox & Neeman law offices, and handled the area of blockchain technologies. Cohen-Pavon was slowly drawn to the world of blockchain, and left the legal side to join Celsius, and now he also defends the company. Before we even get to the topic of interest rates, the first doubt that arises regarding whether this might be a pyramid scheme is the fact that when customers deposit cryptocurrency at Celsius, that ownership transfers to the company, and it either invests that money or lends it to other customers. The original owners don’t pay any fees, not for managing an account, or making withdrawals, and they also enjoy a weekly payment return (which is conducted with the same currency that the deposits were made in). And these returns are, of course, extraordinary. You want people to stop asking you whether this is a pyramid scheme, but that’s a valid question. Banks offer meager interest rates, but yours can be double-digits. Banks are regulated and depend on decisions made by the central bank, but you make your own decisions. Customers have a reason to worry and ask where the money for those rates comes from. Cohen-Pavon: “We’re the only ones in the market with a business model that doesn’t include income from end-customers. Even when withdrawing these funds - which could yield hundreds of dollars worth in fees - we don’t demand anything. We don’t have any profit that originates from customers. It’s entirely dependent on our ability to generate more currency from that which we received from our customers. We’re trying to bridge between the world of crypto and traditional finance, and operate like a bank, which takes deposits from private customers and lends them to institutional customers.”