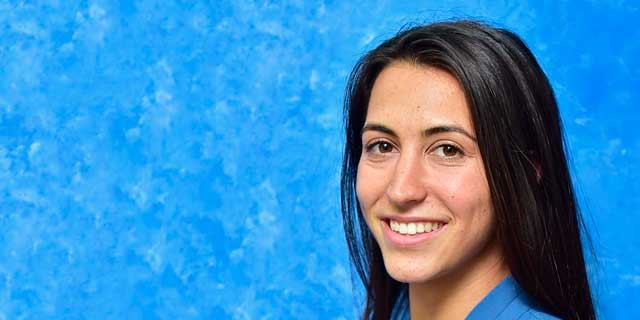 Last week it was announced that the Israeli government is working to fill the infamous talent shortage faced by the country’s tech sector by encouraging ‘Olim’ (immigrants) to make Aliyah and start the process of moving to the Holy Land. With sunshine 10 months of the year and one of the world’s best vaccination rollouts, now is a better time than any for young people to consider moving to Israel to jumpstart their career and help a struggling sector with its manpower. “I think any kind of conversation at the governmental level is the right track,” agreed Jillian Goldberg, VP of Marketing and Investor Relations at GuardKnox. “I think what they’re talking about and the different initiatives they’re talking about is so inspiring and so exciting.”

Goldberg doesn’t share the similar story of most Olim who decide to move to Israel. Originally from Ohio, she came to Israel to earn a Master’s degree at Tel Aviv University. As luck would have it, she met her professor Moshe Shlisel who would eventually co-found and serve as CEO at GuardKnox. Accepting a role as the fourth employee, five years later the company has more than 75 employees. GuardKnox does what Goldberg describes as the “iPhonization of the automotive industry.” It is the developer of the Cybertech Tier, providing computing platforms and architectural design for mobility providers. It offers a suite of products and solutions via downloadable apps to help car owners gain access to the things they need at the times they need them. For example, drivers can download an off-road package for the weekend to help with their horsepower or traction and only pay for the times they use them. The company itself is currently looking to fill 25 open positions. According to figures from the Ministry of Aliyah, there are 3,100 people in technology and engineering who are currently in the process of making Aliyah. However, the tech industry has cited a shortage of 14,000 jobs in the sector, meaning that even if the number were to double, or triple, in the next few months, it still would not be enough to cover the need. And while the ministry has made efforts to educate underrepresented groups such as the Haredi or Arab communities, it still is not enough to meet the growing demands of billion-dollar companies. Government efforts put forward by Minister of Science and Technology Orit Farkash-Hacohen, Minister of Aliyah and Integration Pnina Tamano-Shata, and Minister of Finance Avigdor Liberman, together with the Prime Minister's Office aim to encourage more Olim to move to Israel by introducing tax incentives and other benefits. It’s a step in the right direction but doesn’t address some of the cultural challenges they might face upon arrival.

“So often, Olim come here and we go on these birthright trips and romanticize our idea of what Israel is and the opportunities here,” she continued. “I think once you actually live here there are such amazing opportunities but there’s definitely a gap in the market.” Goldberg is part of a number of programs to help Olim secure the opportunities that are available to them. One of them is the Nevo Network, a group founded by Aleph VC’s Michael Eisenberg that provides professional development opportunities for young people who may not have the connections or experience to penetrate the tech sector. It includes mentorships, monthly meetings, and an Alumni community that can be utilized to support new members of the community. Only in its second year, it already has connections at companies like Lemonade, eToro, Microsoft, and AppsFlyer. Another program is the Alexander Muss high school in Israel. Founded in 1972, it brings high school students to Israel for a semester or during the summer semester for high school studies. Goldberg helped the school develop a program on entrepreneurship for kids who would present ideas to a team of experts. The hope is that it exposes young children to some of the local culture and the opportunities available to them in Startup Nation. “Olim typically don’t come to Israel and start their own companies,” Goldberg explained. “They’re valuable members in companies, they can be, but they’re not necessarily entrepreneurial founding companies because of the gap.” She reveals to CTech that Eisenberg was a part of writing the new government legislation. “I think for me it’s so exciting that we’re talking about this. There's been such a need for legislation around the conversation on how we can bring Olim to Israel.” Even though Olim don’t typically found their own companies, they can be essential for companies that want to develop their marketing or sales teams. Having natural English speakers who have experience in western cultures can be a godsend for local founders who want to eventually take their businesses overseas. And GuardKnox was no exception. Today, 10% of GuardKnox’s workforce moved to Israel in the last 10 years, and one-third of the entire company is considered Olim. Some might look at opportunities available to Olim and consider it somewhat of a no-brainer. A country that has exotic food and good weather for most of the year partnered with a government that is opposed to further lockdowns can be attractive for young people. Those that can handle the ‘chutzpah’ and directness of Israelis won’t have trouble securing one of the many jobs that are waiting for them upon their arrival. “It takes a really special person and I like to hire Olim because I think it takes a special kind of resilience, dedication, drive, and self-assuredness to make it here and to really stay here and make it work,” Goldberg concluded.