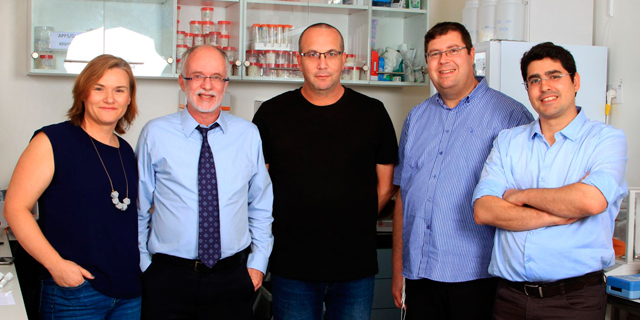 Israeli medical startup Salignostics, which specializes in the field of saliva research and tech development, announced on Thursday that it will start commercializing Salistick, the world’s first and only saliva-based rapid pregnancy test kit. This cost-effective, quick, and non-invasive method of detecting pregnancy leverages saliva-based hormone detection technology pioneered by Salignostics and delivers accurate results in just 10 minutes. The commercialization of SaliStick is set to begin early next year. According to Salignostics, saliva contains over 5,000 identified proteins that mirror and overlap the physiological state of one's blood. Drawing from the same principles used to develop SaliCov, its rapid antigen saliva test kit to detect Covid-19, Salistick can detect the pregnancy hormone β-hCG in saliva and delivers proven and accurate detection rates for early pregnancy.

Salignostics is in very advanced stages of receiving the European Union’s CE Mark for Salistick and has completed a 510(K) initial Q-submission of the test kit to the FDA in the U.S. The company has successfully completed clinical trials in Israel on more than 300 women, both pregnant and non-pregnant, and has completed thousands of analytical trials. “Saliva is the key to rapid diagnostics for a variety of medical reasons. Quintessentially it is the only non-invasive, easy, and hygienic means to detect hormones, viruses, and even diseases,” said Dr. Guy Krief, co-founder, Deputy CEO, and Director of Business Development at Salignostics. “With Salistick, we are leveraging the powerful diagnostics abilities we have been able to create from analyzing saliva. We are delivering a product that completely removes the need for blood and urine samples when testing for pregnancy.” The annual global market for pregnancy tests is estimated at over $2 billion, with an estimated hundreds of millions of tests sold every year. However, these tests all rely on results derived from blood or urine samples and often need to be conducted by a medical professional. Research conducted by Salignostics shows that over 68% of women surveyed would opt for a saliva-based test kit over traditional pregnancy detection tests, while 21% said they had no preference.

Salignostics was founded in 2016 by a group of five PhDs who identified a growing need for a cost-effective means to monitor health status, disease onset, progression, and treatment outcome through non-invasive approaches. The founders include Professor Aaron Palmon, Salignostics President and former Dean of the Faculty of Dental Medicine at the Hebrew University, Omer Deutsch, CEO, Yoav Neumann, Senior Researcher, Raluca Cohen, Chief Scientific Officer, and Guy Krief, Deputy CEO and Director of Business Development.