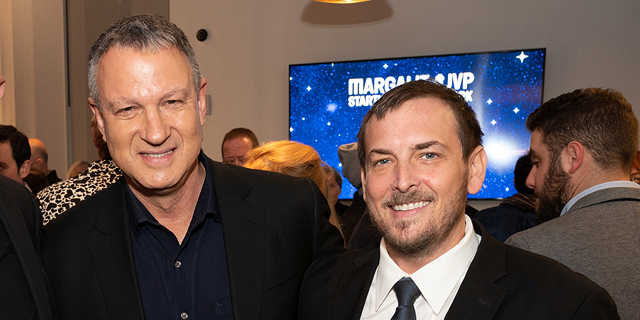 The New York Israel Unicorn party at Margalit Startup City in New York brought together some 400 notable entrepreneurs, executives and investors to talk tech and enjoy some music and drinks

Margalit Startup City in Soho, New York hosted a first-of-its kind unicorn party last week following the first day of the Mind the Tech NY 2021 conference. "Israel and New York are both technology superpowers and centers of unicorns," said Erel Margalit, Founder and Executive Chairman of JVP and Margalit Startup City. "New York is a beacon of innovation which attracts the very best Israeli companies." Some 400 people attended the party, including leading tech figures in New York, senior executives from the banking and insurance worlds, partners in major investment houses, investors, CEOs, lawyers and entrepreneurs. The event also brought together 16 CEOs from JVP's portfolio, including those of Nanit, ThetaRay, Anyclip and Centrical. 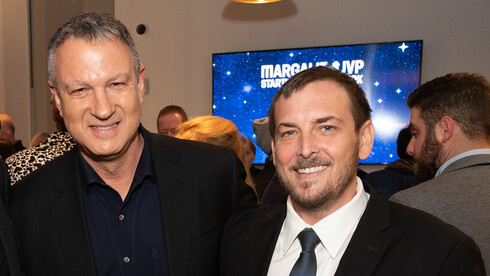 "We launched Margalit Startup City in New York, the JVP NYC International Cyber Center, in February 2021 in partnership with the New York City Mayor’s Office and the Economic Development Corporation of New York (NYCEDC) and in cooperation with the city’s leading universities – Columbia, Cornell, NYU and CUNY," added Margalit. "Then Covid came and it was a really big challenge. The city entered a tough period and many of you here in New York and around the world struggled to provide new meaning for your children, inspiration for your families and find the way to maintain the creative spark. All while politicians everywhere were desperately searching for answers with little global collaboration."

Gallery Calcalist: New York Israel Unicorn Party (16 images)
"But there was one type of people all over the world who opened the gates, created the bridges and connected between cities and companies - the entrepreneurs," explained Margalit. "People who innovate and don't take no for an answer. People who come up with new ideas that provide inspiration even in a time of challenge and need. "Israeli tech played a significant role in bringing New York back to life. Big and strong companies became category leaders, expanded their operations and set up their international headquarters in New York." Israel's Consul General in New York, Asaf Zamir, spoke of the resilience of the Israeli tech sector. "People living in New York can see the city still hasn't completely recovered from Covid. There are empty seats in restaurants, theaters and shops. But here, this room is packed. This just shows how this industry is surviving in this city better than any other," noted Zamir. "The fact that there are American and Israeli entrepreneurs here, from New York, Tel Aviv and other cities in Israel, promotes our joint goal and exemplifies what is truly amazing about Israeli tech."