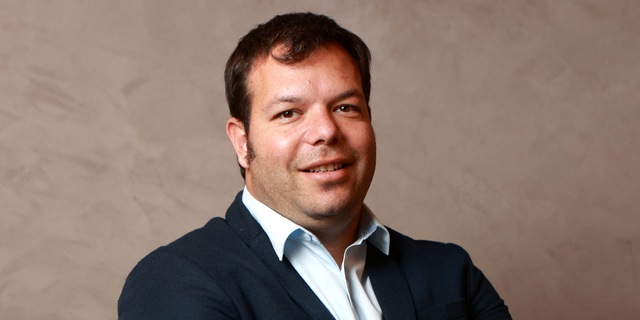 Israeli startup Verbit, which has developed an AI-powered real-time transcription and captioning platform, announced on Tuesday that it has closed its Series E funding round at $250 million, after securing a $150 million primary investment and $100 million in secondary transactions. The round was led by a $200 million investment by Third Point Ventures, with additional participation by existing investors Sapphire Ventures, More Capital, Disruptive AI, Vertex Growth, 40North, Samsung Next, and TCP. Verbit's total funding now exceeds $550 million (including secondary transactions) since the company’s inception in 2017. Since Verbit raised its Series D of $157 million in May, the company’s valuation has doubled to $2 billion. "Even in my wildest dreams I never believed that the company would be worth $2 billion five years after it was founded," CEO Tom Livne, who didn't sell any shares in the current round, told Calcalist.

Verbit’s AI platform offers advanced technologies and full integrations into video-focused platforms, allowing customers to embrace the digital transformation and operate more efficiently with customized workflows that meet their unique transcription and captioning needs. Additional investors in the company include ClalTech, Viola, and others. Livne explained the reasoning behind the latest round. "When I completed the Series C, Sapphire said they wanted a bigger stake in the company so they asked to lead the Series D. Then Third Point asked to lead the Series E for the same reason. But I told them that if they want a significant round I'd only be happy to do one at a valuation double of the previous round, and that is what happened," said Livne. "I believe that within the next 18 months we will be a public company traded on Nasdaq, but if a VC like Tiger Global wants to invest at a $5 billion valuation I can't rule that out. We are already preparing for an IPO and have hired an expert team to lead our efforts."

Livne said that with this investment, Verbit will continue the company’s vertical and geographical expansion and pursue its plan to complete 25 M&As over the next three years. Verbit’s employee headcount has grown to 470, 200 of them in Israel, and the rest in the U.S., in Denver and New York. It also has 35,000 freelancer transcribers and 600 professional captioners globally. Verbit serves over 2,000 customers across the media, education, corporate, legal, and government sectors.

"If we compare 2020 to 2021 we see a sixfold surge in revenue and we will end the year with annual revenue of $100 million," added Livne. “Verbit is a special company combining exceptional technology-driven organic and inorganic growth in the transcription marketplace,” said Robert Schwartz, Managing Partner at Third Point Ventures, who will join Verbit’s board of directors. “It’s rare to encounter such a large, fragmented market ripe for digital transformation and simultaneous consolidation. Verbit’s exceptionally talented team has achieved scale and leadership in an incredibly short time. We are excited to significantly increase our investment in Verbit and look forward to continuing to contribute to the company’s evolution and growth trajectory.”