Court documents have revealed a bitter conflict between Eytan Stibbe and his former partners Ami Lustig and Roy Ben-Yami, over projects in Africa

A request to appoint an arbitrator, which was submitted Monday to the Tel Aviv District Court, reveals serious allegations regarding an estimated sum of more than NIS 1 billion (more than $300 million) from two former partners of businessman, former air force pilot, and soon to be "the first Israeli space tourist," Eytan Stibbe.

At the heart of the conflict are allegations made by businessmen and former fighter pilots Ami Lustig and Roy Ben-Yami who allege Stibbe committed deception, misrepresentations, and breach of trust against them within the activities of LR Group (Luminer) in Africa. The conflict revolves around the past activities of the LR Group in Angola, where it has been engaged, since 1995, in projects in infrastructure, communications, education, aviation, security, water, and agriculture. According to the request filed with the court, the trio decided from the very beginning of the joint venture to operate through dedicated subsidiaries in Israel and abroad, with the areas of activity divided between them.

Stibbe was responsible for activities in Angola, and in 2002 took over the group’s financials and credit line there. However, Ben-Yami and Lustig, in their request for the appointment of an arbitrator, write that only in retrospect, and after many years, it became clear to them that "Eytan presented misrepresentations to Ami and Roy, misled them and led them astray, violated agreements with them and took advantage of the great trust given in him. He enriched himself at the expense of the two and committed other wrongs against them." Ben-Yami and Lustig wrote that it became clear to them that "Eytan presented them with false representations regarding Luminer’s business and economic situation, while emptying Luminer's coffers and getting rich at the expense of Ami and Roy; During the years Eytan fraudulently took money into his own pocket; Eytan misrepresented Luminer's ability to continue to serve the group in light of its business situation, which, according to Eytan, necessitated its sale for a low and predetermined amount." The letter submitted by the two to the court also claimed: "Eytan acted to benefit himself, at their expense, while conspiring with other people, deceiving, manipulating and taking advantage of the friendship and loyalty that supposedly existed between the partners. He did so despite his obligations towards Ami and Roy based on the relationship, understandings, and agreements between the partners, as well as despite his status and position as the partner responsible for the group's activities in Angola and the sole supervisor of Luminer's activities, while abusing his role and the great trust placed in him." The two demanded in their letter that Stibbe will pay them the amount representing their share in the true value of Luminer, as of the date of its sale, and to pay them the amounts reflecting the damages caused to them by the group's activity in Angola due to these acts, or alternatively to pay them “all the fruits of his enrichment, which was at their expense.” In addition, they demanded that the dispute be resolved through the appointment of an arbitrator.

The dispute, which was now revealed as part of Lustig and Ben-Yami’s request for arbitration, has been ongoing, below the radar, for about two years during which two secret mediations took place. However, after the mediations failed and the parties reached a dead end, the conflict is now entering the legal stage, with the two proposing Adv. Ehud Sol, who recently retired from Herzog, Fox, Neeman law firm, as the ​​arbitrator. In their request, the two state that the lawsuit they intend to file as part of the arbitration "exceeds one billion shekels." The beginning of the relationship between Stibbe, Ben-Yami, and Lustig looked completely different. After their release from the Israeli Air Force in the 1980s, the three pilots founded a group of companies specializing in defense and infrastructure projects in Africa, which today

focuses only on civic projects such as agriculture, health, water, energy, education, etc.

The three former partners went in different directions in 2012 when Stibbe left LR and founded an investment fund - Vital Capital, which focuses on economic and social projects in Africa to improve residents' lives. Currently, Stibbe is in Houston where he is conducting intensive training at NASA ahead of his flight to space in early 2022. He is scheduled to be launched as a private astronaut and will perform scientific and commercial experiments in space - a project that cost him more than $50 million. 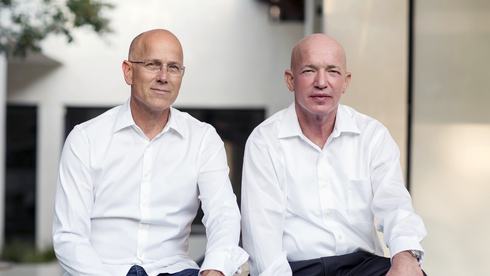 In response to the claims, Stibbe said: "Ben-Yami and Lustig's claims are groundless. Lustig and Ben-Yami knew all about the group’s companies, and they managed, and were involved in every aspect of the group's activities. There is no basis for the claim that Eytan was the sole supervisor of the group's activities in Angola. Thus, there is no basis for any allegations of deception or breach of fiduciary duty. The separation between the parties was made after lengthy negotiations, and the agreement between the parties states that all parties are personally aware of the areas of activity, assets, rights, and liabilities of all companies, and Lustig and Ben-Yami's attempt to argue otherwise is baseless. Lustig and Ben-Yami's claims stem from the fact that Eytan continued to succeed and prosper in his business after parting ways with them, while the business of the LR company they owned seemingly did not take off. It seems that in light of the publications regarding the Rakia (space launch) mission, Lustig and Ben-Yami have decided to use it to try and damage his image."