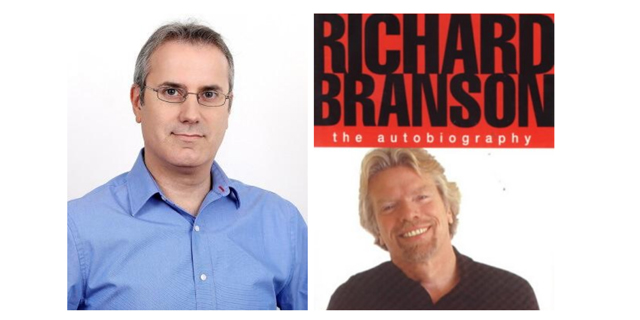 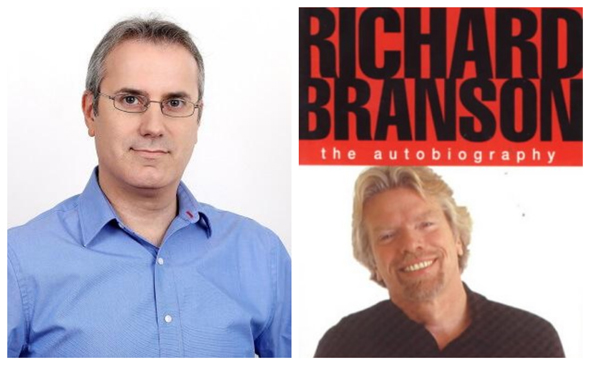 Arik Faingold is the Company President at Comm-IT. Photo: PR/Amazon

Summary: This bestseller tells the wonderful life story of Sir Richard Branson, the owner of the legendary Virgin Group, which includes Virgin Records, the giant Virgin Mega-Stores chain, and the international airline Virgin Atlantic. His fascinating stories about his commitment to the future in the form of his fight against global warming, his views on the war in Iraq, the impact of the events of September 11 on the Virgin Group, the rise of Virgin Blue, the Australian airline, the Virgin Mobile IPO, and the sensational launch of Virgin Media are simply riveting. The book also tells how Virgin penetrated the United States’ domestic flights market, and why Branson founded the Virgin United charity, which helps residents of South Africa and other countries. Important Themes: One theme is the state of mind of success. The book exposed me to the fact that there is no need to invent a new product in order to succeed. Instead, you can concentrate on finding how you can provide more unique and better services on top of the existing ones and to make the most of it, just like Branson did with his companies. Another theme is what I have learned really drives innovators and entrepreneurs. Branson describes the tension and excitement he experienced in many very different situations, but which were important throughout his life story. One example that stands out for me was when he tried to set a world record in orbiting Earth in a continuous flight. This also led to the establishment of Virgin Galactic, which marched Virgin into a new era of commercial spaceflight What I’ve Learned: This is a brilliant and instructive book, which exposed me to the fact that you do not have to invent a product. Instead, you can concentrate and rethink the way you grant unique, efficient, and better service on top of existing ones, and try to bring additional value to both existing and new customers. For me, this was the main and significant push for the establishment of a company whose name entails its true value of commitment to customer success – Commit – which would not only include quality service but also the profound vision of turning a customer's technology vision into a quality product. Just like what Richard Branson, an extraordinary man, did with the legendary Virgin Business, we have done a rethinking of how we think of our company’s services at the highest level. This has both created our “Cloud of People” notion, and the All-In-One principles of Cloud solutions. We no longer think of a project as just what one engineer can do for one solution in one place, but rather how we can – together with the customer - achieve the most value, in the shortest time to market, with a long-term plan for success. Who Should Read This Book:

This book is highly recommended for anyone with an entrepreneurial spirit, a business mind, or curiosity to not just learn but also to evolve and expand their thinking. If you want to restart your engines – this is a great starting point. Anyone who appreciates diversity has a good sense of humor and respect for the randomness and unpredictability inherent to our daily actions and their consequences.