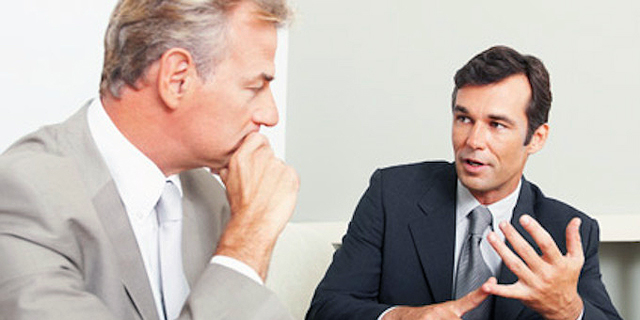 A word of advice on advisors

Entrepreneurs need to think long and hard before bringing in an advisor to their startup as it is rarely justified, argues Shaul Olmert

When the market blossoms, valuations of companies surge, and the sums of money and multipliers are breaking records, the advisors also enjoy their finest hour. The term advisor, or sometimes consultant or advisory board member, can refer to a wide range of service suppliers. In the general commotion that exists in a market in which companies are founded, raise funds and attack the market aggressively, there is quite a bit of confusion regarding the meaning and role of an advisor. So let’s make some sense of the matter and try to understand what is an advisor’s role, are they even necessary, and if so, how to choose and compensate them. Many times when I meet entrepreneurs as they are getting started they include in their presentation a slide with some profile photos and brief bios for 2-3 experienced people titled as “advisors”. Usually these are people who have a reputation (or at least a senior role, prestigious past or academic certification in the company’s area of business), who aren’t supposed to work in the new project as regular employees, but will support it as mentors from the outside, alongside their main vocation, and will receive in return for their support a generous allocations of options. On the face of it, these are knowledgeable people, with experience and connections that can contribute to the project and being connected with them is seen as a significant advantage for the new company. My experience shows, on the other hand, that these advisors are usually mainly notable names that are meant to glorify the presentation in order to add another layer of credibility to the project. Meaning, that the entrepreneurs don’t feel that the investors would be impressed enough by their experience and are trying to strengthen their case by adorning their manpower with luminaries. The advisors are willing to contribute their name to the presentation in order to give the company credibility, but in practice their connection to it is weak. 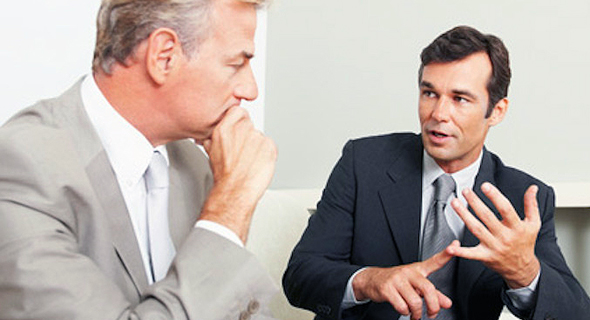 The real problem is that these people can only advise, listen and provide an opinion here and there, and assuming they have another main occupation, the extent of their familiarity in company matters will be limited. In order to really contribute and advance a project in its early stages, it is usually not enough to provide some generic advice based on past experience. There is a need to really immerse oneself in the details, spending day and night considering them and really putting your soul into the matter. In my eyes, a management of a company that includes the entrepreneurs and maybe 1-2 managers that joined at an early stage should provide a sufficient solution to the company’s needs. And if they require outside assistance in the shape of an advisor, that is mainly an indication that the leading team isn’t sufficient. I’m not necessarily against bringing in advisors at this stage, but only if they are a potential addition and aren’t a main consideration in the decision of whether to invest in the company. If the management team isn’t convincing enough in itself then the company must need additional pillars, not decorations. I’ve been approached numerous times by entrepreneurs with a request to join their project as an advisor and I always respond in the same way: If you need help in managing the company add another manager. If you don’t, talk to me when you need advice on a specific issue and if we see that I can be useful, maybe I’ll also join as an official advisor and receive options in return. But at this stage, bringing in an advisor only to decorate a presentation is somewhat of a display of the lack of confidence you have in yourselves. When a company is already active, it often needs help in a matter that its workforce isn’t seasoned in. For example, a company that is already active in the U.S. market and is considering expanding into Europe needs guidance on the dynamics of the European market. In such cases where there is still no justification in hiring a full-time manager and setting up a supporting department, it certainly makes sense to add a part-time advisor, usually a project manager for a limited time, until there is justification to set up a department to manage it, or alternatively it is proven to be not worthwhile and is discontinued. In these cases, it seems to me that compensating the advisor with money rather than options would be the right thing to do, as it remains unclear if this new initiative will be relevant to the company in the long term and it would be wrong to bring in as a partner someone whose contribution is part of an experiment. Should this new initiative grow over time and become an integral part of the company’s activity, it is likely that full-time employees will be hired and their compensation package will also include options. And if not, you are left with a share owner who has no connection to the company and its activity. For these types of advisory roles I’d take someone who isn’t necessarily a big name, but can rather be of assistance and advice on operative and practical issues. Another advisory model is that of the advisory board. Despite the name, usually this does not include a committee of people, but just a single person or a very small number of people who operate as advisors not on any operative goal, but more as mentors who are available and accessible to provide advice if necessary. I’ve recruited several such advisors for companies which I managed in the past. Usually these are very senior people who you’ll talk to once a month or once a quarter (and often the call will be canceled because there is nothing concrete to discuss and their time is very valuable) and their main job is to receive updates on the state of the company and occasionally contribute some advice or make a connection to an outside source who can help the company. But mainly they are there should there be an opportunity, or crisis, that requires real assistance. These people likely don’t need any additional income and it is right to compensate them with options. The amount of the options very much depends on their seniority, the stage of the company, how involved they are and additional aspects, but we’d probably not be too wrong if we said that the reasonable range is between half a percent and one percent of the company’s shares.

In addition to all of the above, there is also another especially maligned type of advisor. These are advisors that act as middlemen and pull significant cuts for making introductions, with their only value being the connections they help make. Many early stage entrepreneurs encounter difficulties when recruiting their initial funding and they stumble upon middlemen who boast a long list of connections with VC funds and private investors and for a certain percentage of the deal offer to make a connection between the entrepreneur and the investor. On the face of it this is a worthwhile deal, but in practice, these middlemen don’t really help in making connections to the relevant advisors, refining the presentation or conducting negotiations. They mainly copy and paste some generic email text or offload a long list of phone numbers on the entrepreneur. Our industry is in many ways based on cordiality and openness. I have many times connected between entrepreneurs and investors and never imagined asking for something in return. When others connected between myself and entrepreneurs and I ended up investing in these projects, I wouldn’t have agreed that part of the money would go into the pocket of a middleman. While with other types of advisors I recommended how to use, choose and compensate them, with this type of advisor, or parasite as they deserve to be named, I’d recommend to simply stay away.