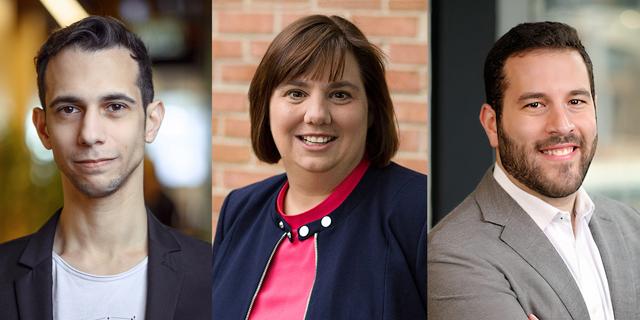 The startup is currently rolling out its tax-as-a-service platform with a number of financial institutions, right in time for the U.S. tax season that starts in January and ends in April (hence the company's name)

Israeli startup April announced on Tuesday that it has completed a $10 million Seed funding round led by Team8. April has developed a tax platform that simplifies the filing process for U.S. taxpayers and enables better financial planning throughout the year. April was founded by entrepreneurs Daniel Marcous and Ben Borodach. Marcous, the company's CTO, leads April's R&D center in Israel. Marcous is the former acting CTO of Waze and, after its acquisition by Google he served as a lead data scientist at Google Israel. Borodach, former Deloitte FinTech strategist who led corporate strategy for Team8, oversees April's activities in the U.S. The co-founders also recruited renowned CPA Jody Padar to head April's tax strategy.

In the U.S., every citizen is required by law to file an annual tax report, which is a notoriously time-consuming, cumbersome, and often costly process. According to IRS statistics, the government issues $300 billion in refunds annually to reimburse the 75% of Americans who overpay their taxes. Today, more than 70 million Americans either hire an expensive accountant to help them file, or they do it themselves using outdated tax software. In certain cases where an individual’s tax situation is particularly complex or time-consuming, they will need to spend additional money on accounting services. The tax software market is currently valued at $13.5 billion and is expected to reach over $20 billion by 2026. April's technology analyzes the American tax law utilizing AI technology and modern APIs. Its engine provides taxpayers with a fast and frictionless tax experience that gives them greater transparency and financial autonomy. The company partners with financial institutions who can embed April’s tax engine into their offering to increase their value chain, and help clients maintain a holistic view of their tax situation throughout the year, while saving them time and money. April is currently rolling out its tax-as-a-service platform with a number of financial institutions, right in time for the U.S. tax season that starts in January and ends in April (hence the company's name).

“Our mission is to be the accessible and affordable accountant that taxpayers could never afford,” said Daniel Marcous, April co-founder and CTO. “April has set a new standard for the tax industry, using a tax engine based on collaborative intelligence – a deep collaboration of AI (natural language processing) and human tax experts (top-tier CPAs). Our solution can improve financial wellness for every American with refund forecasts, automated tax optimizations, and year-round insights that assist them in making informed financial decisions."

“Keeping up with tax requirements in the U.S is extremely complicated and requires a great deal of professional knowledge. Most people don’t understand the tax code, or have any idea how to optimize their returns,” said Ronen Assia, Managing Partner at Team8. The round also included participation from NYCA Partners, Bolt by QED, Euclidean Capital, iAngels, and the founders of unicorn tech companies Acorns and Betterment. Also participating in the Seed round were Shai Wininger, co-founder of Lemonade, and Lowell Putnam, co-founder of Quovo which was acquired by FinTech giant Plaid.