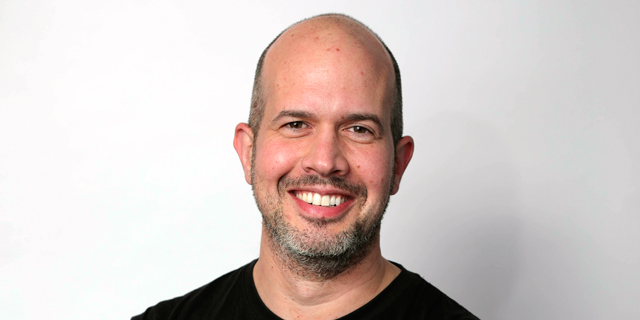 Israeli tech must reconnect with society

"We need to leave this bubble, and lead reforms to reduce socioeconomic gaps in Israel. We want to infect the Israeli public with our chutzpah and faith that we have the power to change reality," writes Idan Tendler

A year ago, my family and I returned from seven years spent living abroad in San Francisco, California after I founded two separate startups in Silicon Valley. Despite all the problems and troubles that arose, the California lifestyle was wonderful. Perfect weather, stunning nature, wide open spaces, broad-scale business opportunities, excellent schools, and Amazon Prime’s two-day delivery service. Despite that, my wife and I felt, like many others, that we didn’t want our children to grow up in that bubble. After seven years living like Israelis who aren’t in Israel, we realized the price of this bubble-like mentality: distance between different socioeconomic groups, a lack of social solidarity, a lack of belonging to something bigger than us, and a lack of meaning or purpose. We decided to return to our very own Silicon Wadi right here in Israel. But were we returning to the very same country we left seven years ago? Not exactly.

Israel is no longer the same country it once was as it is undergoing its very own process of Californialization. In California, you can spend your entire life without meeting anyone who doesn’t work in tech. There are certain Californian neighborhoods where parents at playgrounds discuss high tech, private schools, private health care, and whatnot. In Israel too, there are certain areas that have begun to look like some parts of Silicon Valley, and the gaps between those in high tech and those who aren’t have grown and become insufferable - and significantly affects social mobility. The media discourse has also significantly changed over the past few years, as has the amount of high tech companies who’ve adopted a flashy and glittering image that is completely detached from Israeli reality. But ultimately, that isn’t real. The Israeli satire television show Eretz Nehederet was the first to catch the phoniness and absurdity of the high tech bubble with their “high-techs” skit. Israel is simply too small and diverse a country for that. Israel is still a country where a sense of belonging trumps cynicism and outlandishness. A country that is based on many shared values and culture, a sense of belonging and social solidarity that has been deeply installed in us throughout history. And despite the leap in available private services, most of us still use public healthcare and attend public schools. We’re all in the same boat, whether we like it or not. And that’s a good thing. My return to Israel made one thing clear to me: if we don’t want Israel to lose its strengths - its shared purpose, social solidarity, and sense of belonging - we need to take action. The Israeli high tech industry has a crucial role whether or not Israel will become as polarized as the United States. The men and women of this industry need a reality check, and must start thinking outside the box. We need to get off the podium, and take action. We all need social services - whether that’s education, healthcare, homeland security, or transportation. We are all witnesses to the lack of organized decision-making processes at the government-level, and to the decline in many social services. All those factors increase socioeconomic gaps in society, and cause our faith in this country to nosedive. And yet, the Israeli high tech industry simply shrugs its shoulders, and stands indifferent on the sidelines. We must understand that we are a powerful group that can and should aim to improve Israeli society in a more significant way than has been done to date. We need to offer new tools, a renewed spirit, and a new discourse that is based on the knowledge we’ve accumulated during our extensive business and tech journey. Is our power as a group expressed in the public sphere? Clearly not. How can the gaps in the perception of action between the public arena and high tech be explained? And what about the differences between conservatism and the fear of taking risks (which we see plenty of in the public sphere) to the chutzpah of startup entrepreneurs. Even though we’re a leading force in the Israeli economy, out of the 120 Members of Knesset, how can it be that only a few have emerged from the high tech industry (including, by chance, our Prime Minister)? And I’m not alone. Over the past year as part of my new role, I’ve begun a journey of sorts to reacquaint myself with Israeli society. It’s been a journey rampant with disillusionment and of trying to get out of that bubble. I’ve met with many people in the high tech industry, entrepreneurs, managers, employees, venture capital partners and tech accelerator managers who also share these sentiments. Many are taking astonishing steps to open up the industry to new groups. But the common denominator binding us is the disgust we share over the perceived revelry and arrogance of the industry. We want to create a new dialogue with the Israeli public. We aren’t naive; and neither do we wish to forfeit our aggressive business goals, but we have a true desire to leave behind our perceived indifference to Israeli society. We understand that high tech employees aren’t better than high school principals, hospital directors, or budget department officials, and we can’t replace or belittle the hard and important work they do. Most high tech employees do not possess the knowledge or experience necessary to manage such complex public systems, while taking into consideration vastly different and diverse audiences. That’s why they’re the experts. If anything, they can teach us a thing or two. And we need to support them. The high tech industry will benefit from that.

There’s an opportunity here for real change. The Israeli high tech industry has a willingness to contribute, give back, and join the Israeli public sphere, whether that’s through an exchange of ideas, tools, technology, experience, or through philanthropy. Changing the education system, including renewing and aggressively prioritizing resources toward peripheral communities, with training and focusing on core studies for the Arab and ultra-Orthodox sectors, offering more efficient public transportation, better personal security and who knows, maybe even upgrading religion vs. state relations. The industry has an interest in all these issues, and we must take action to bring about that change. We have a huge challenge ahead of us: not just to reduce socioeconomic gaps between us and the rest of society, but also to help both sectors co-exist. During the next decade, the industry will play a central part in Israeli society. The journey that I and others have undertaken is really encouraging. There’s a quiet underground current that will leave Israeli high tech no longer indifferent to the plight in Israel. We aren’t alone. We need to leave this bubble, and lead reforms to reduce socioeconomic gaps in Israel. We want to infect the Israeli public with our chutzpah and faith that we have the power to change reality. If we help other populations enter the industry - that’s even better. But more importantly, we don’t just want to develop new products or launch unicorns, but make Israel a better place. And in order to do so, we have to get off that podium and take action in the public sphere. Idan Tendler is a serial entrepreneur in the cybersecurity industry. Currently, he serves as VP of DevSecOps at Palo Alto Networks, which acquired his startup Bridgecrew for $200 million.