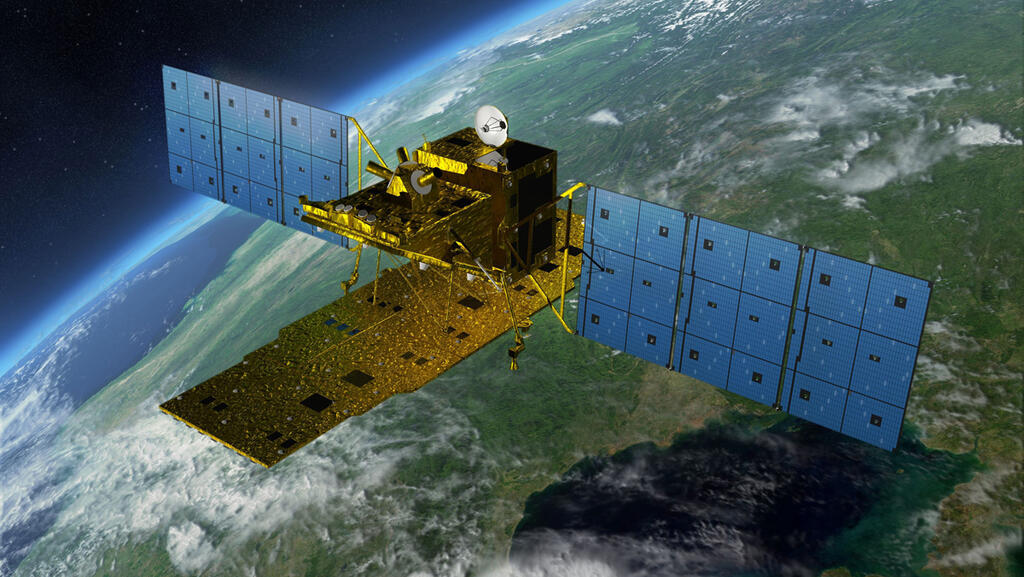 Asterra is looking to the stars for the answers

“From the stars to the ground, our mission is to help humanity better understand what’s going on on our planet by using synthetic aperture radar,” says Asterra CEO

Israeli spacetech startup, Asterra, has a complex mission ahead: convincing the big leagues that its technology can be used to not only detect water leaks from space using complicated machinery onboard international satellites otherwise known as synthetic aperture radar (SAR), but how to use that data from space to predict the next natural disaster. The company specializes in microwave-sensing resiliency technology for certain utilities - such as highways, roads, or mining - to help them better understand what areas they need to fix or focus their efforts. Many take for granted that simply turning on a faucet will yield a stream of water, but the path that water travels is lengthy. Water companies are responsible for treating, buying, and collecting wastewater at their facilities, but suffer from one major issue: non-revenue water (NRW) that is lost due to leakage or left unprocessed. “It could be between a 15%-45% gap,” Asterra CEO Elly Perets told CTech in an interview, while in underdeveloped countries that number could rise to 60%. “We’re simply wasting water. There’s a resourcing shortage, and water really gets lost in that last mile as it travels to you,” he said. 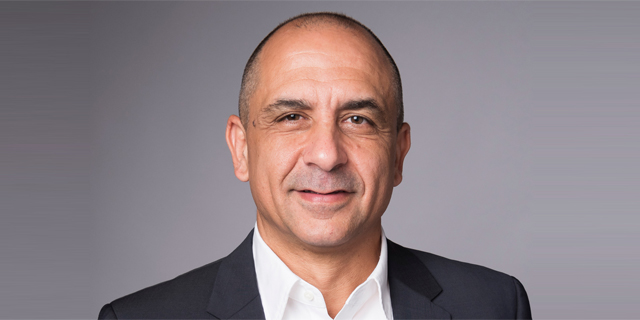 This has a huge effect on carbon emissions as well, since water is directed by electricity. Aside from leaks, the cost of water rises too. Traditionally, identifying leaks was done by listening to pipes with acoustic equipment, but Asterra uses satellite imagery to see what’s going on underground. The company’s SAR sensors operating on an L-band wavelength, which can penetrate the ground, and enable the company to detect water leaks from space. “Water in the ground is a major cause for many disastrous events such as potholes, sinkholes, or dams and levees that can be breached and cause catastrophic contamination events or impact natural disasters such as landslides. Our technology helps the mining and construction industries focus their efforts on areas that are more vulnerable or in hazardous locations.” Looking to the stars The company, which was formerly branded as Utilis, went through a recent name-change at the end of 2021. The reason behind that, explained Perets, was to realign its goals. “We used to be considered as simply a leak-detection company, but realized that any infrastructure that is underground fits our bill. We want to expand to different markets, and that name change reflects that.” Asterra, he relayed, is a combination of the Greek words “asteri” (star), and “terra” (ground). “From the stars to the ground, our mission is to help humanity better understand reality using synthetic aperture radar,” he added. “Visible light only comprises some 0.03% of the overall light spectrum. We perceive our reality through that minute wavelength. If you think about it, we know nothing. Synthetic aperture radar enables us to see 15% of the spectrum. Asterra’s mission is to become humanity’s eyes through SAR.” Asterra was founded in 2013 by CTO Lauren Guy, a geophysicist who was in the midst of a project at Ben-Gurion University of the Negev, searching for signs of water on Mars by penetrating the ground and soil with SAR technology. After Guy ventured to work at a water company, the idea struck: water leaks could be identified through remote sensing. “We work in the Earth observation spectrum, where not many Israeli space tech companies operate. We really want to help people understand what is happening here on Earth,” Perets added. And thus Asterra was born. Asterra is working to provide construction and utility companies with comprehensive maps of underground areas instead of relying on acoustic technology. “We can deliver a solution that can dramatically increase the efficiency of solving that problem, and it’s highly-accurate since we use satellites,” he added. “We want to help those people who have boots on the ground, and are dealing with real issues, enabling them to find more leaks, easier, faster, and at a lower cost.” 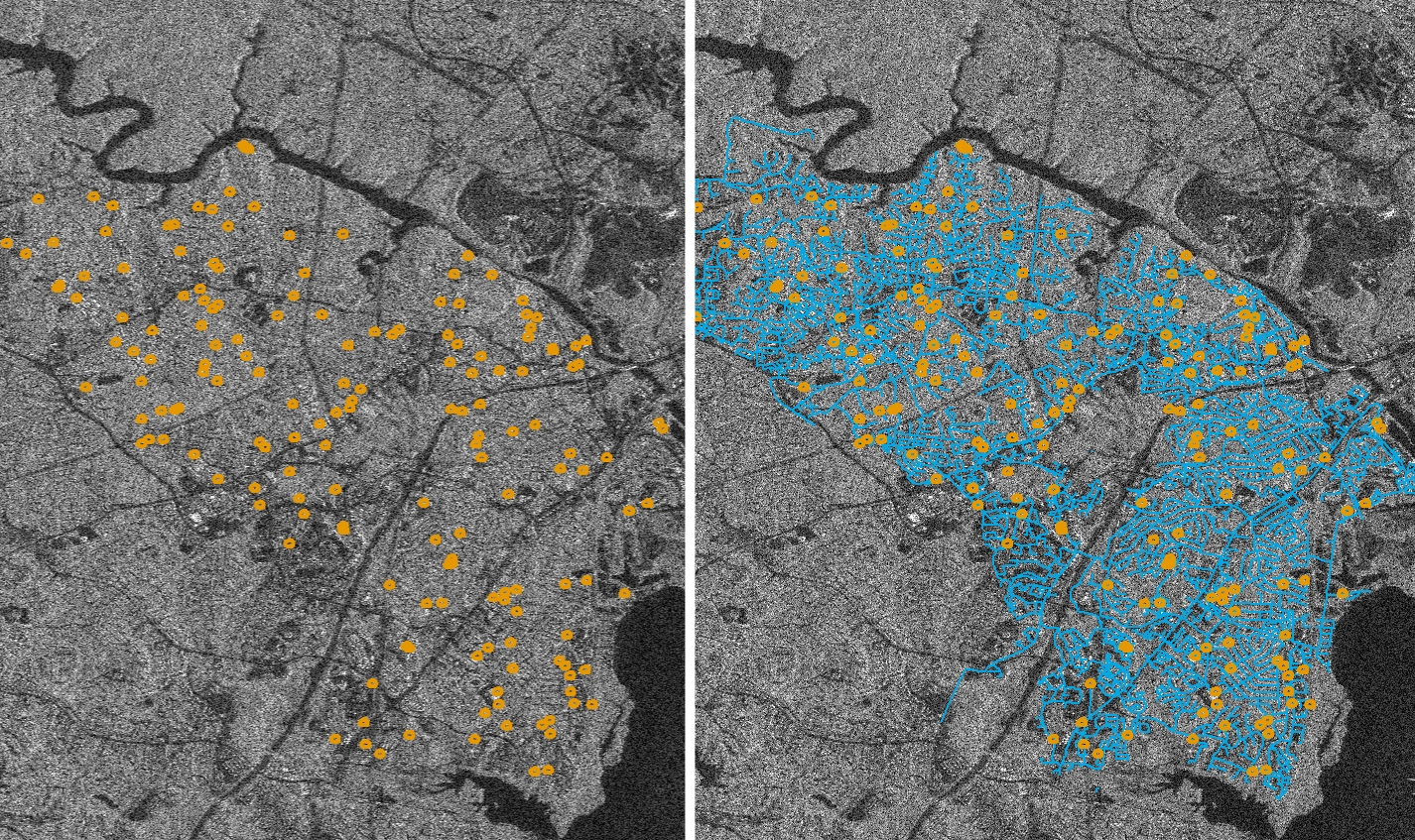 Asterra's satellite imagery enables teams to note potential areas where leaks may occur (in yellow, left), and then overlays a map of all water pipes (in blue, right). Photo: Asterra

Perets said that satellites are crucial not only from a utility standpoint, but from an overpopulation standpoint. “Policymakers aren’t implementing the right solutions to improve our situation here on Earth. Resources and spaces are dwindling, and we’re seeing that with our data. Humanity is growing and exploiting nature in a way that has never been done before. We need to be smarter on how we go about that, and strive to be more efficient. We need to base our activity on large scale-data, and translate that data into action: that’s true Earth observation. If the space industry doesn't take action, and find solutions, then we can’t resolve these issues.” Utilizing data to help the Earth The company’s products include different leak detection systems, there’s Asterra: Recover - its main leak protection product, and Masterplan: a condition assessment that helps companies locate vulnerabilities in infrastructure based on trivial or “small” data. For example, in a 200-mile road, it can focus on a specific 10-mile area. Its EarthWorks product provides a detailed saturated map for infrastructure in terms of terrain, topography, and provides an in-depth map for highways and roads in hazardous areas, such as certain angles or slopes which could create potential landslides during the next rainfall event. For this venture, the company uses three commercial satellites, two from Argentina and a third from Japan. While the latter was launched to monitor forestry and large water bodies, Asterra approached the Japanese Space Agency with its unique solution. “They didn’t realize technology was capable of providing these insights.” To that end, the company has tapped as a consultant Prof. Masanobu Shimada of Tokyo Denki University and a JAXA researcher, who designed the radar equipment on the ALOS-2 (the Japanese Advanced Land Observing Satellite), and works closely with Asterra’s R&D teams to solve problems. Coming from a large space agency, Shimada shared that many often don’t consider ways to use data for the commercial market, and hoped companies would utilize radar to better manage Earth’s precious resources. “We’re constantly on the lookout how we can improve humanity’s situation with the limited resources we have,” he added. 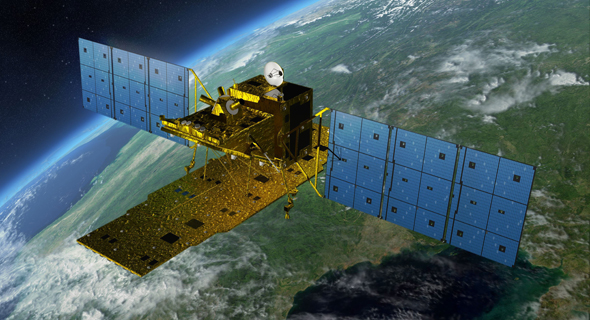 But satellites aren’t the only method to obtain such data. Asterra has also utilized Cessna planes equipped with SAR to cover smaller regions, such as in Italy. And bureaucratic red tape was cut back by the Italian government’s bill to reduce non-revenue water, enabling Asterra to take action. The lightweight aircraft also provide higher resolution, but can also struggle with obtaining commercial flight licenses in foreign countries. Transatlantic talent Asterra is partnering with a multitude of companies and municipalities around the globe including with Californian-Esri and EBMUD, Inter-American Development Bank, French-Suez, the European Bank for Reconstruction and Development (EBRD), Oregon-based Innovyze, humanitarian group IsraAID, Brazilian-CAESB, and the cities of New Braunfels, Texas and Toyota City, Japan. Aside from Rosh Haayin, the company has offices in San Diego, California, the U.K., Japan, and China. Perets noted the water loss from the Colorado River which supplies water to five U.S. states, and how Asterra is planning on resolving that problem by focusing its efforts on medium and large utility companies. So far, Asterra has raised $10 million in total, with $6 million coming in a March 2021 round from the U.K. venture capital firm Beringea. It completed its Series A from Maverick Ventures between 2016-2017. Currently, the company has no intention of going public but plans to launch a Series C in 2022, aiming to raise $20 million to help further expansion.

Perets believes there are a few reasons why Israel stands out in the satellite application arena. He recalled the steadfast interest at both Ben-Gurion and Tel Aviv Universities where professors are training the next generation of talented geophysicists and remote sensing engineers to enter the market. “Israel really is a homebase for that knowledge,” he added. In terms of satellite availability, the Israel Space Agency is quite limited in number, but Israeli experts know how to translate satellite data. Lastly, he lauded the impressive ecosystem of machine learning/artificial intelligence experts, who are now adding their expertise to Earth observation technologies. “We’re taking that data, and making commercial use of it.”