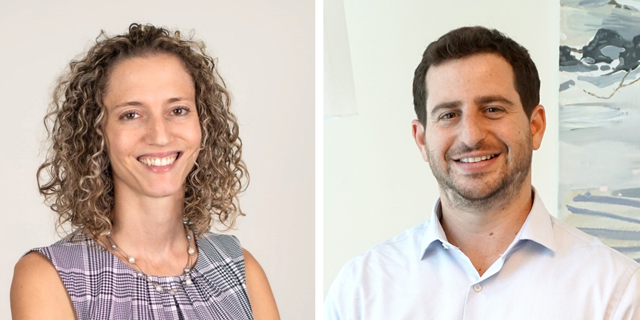 A new report by Viola reveals that total funding by Israeli tech startups reached $27 billion in 2021, with $8.1 billion being raised in a record-breaking fourth quarter

Bigger, stronger, faster. Much news has been shared about Israeli high-tech’s record-breaking year in 2021, but a new report by local venture capital firm Viola has outlined just how much growth Startup Nation has experienced as we move on from the two-year Covid-19 pandemic. The report, “Israel Tech Ecosystem 2021: Breaking Records in a Record-Breaking Year” is going live tomorrow and dives into details regarding success sectors, the growth of unicorn companies, and the sheer number of M&As that took place last year. “After continuously breaking funding records throughout 2021, the Israeli ecosystem delivered on its funding streak in Q4, bringing the total funding of 2021 to a new peak of $27 billion - more than doubling the amount raised in 2020,” the report states. “Not only did the momentum continue, but Q4 broke records even for this record-breaking year, with $8.1 billion in funding, which is almost a ⅓ of the year’s overall funding. This makes Q4 of 2021 to an all-time high in funding.”

Rotem Shaham, Principal at Viola Ventures and one of the report’s authors, called the numbers coming out of 2021 “groundbreaking”. Tomer Meridor, Principal at Viola Growth and its second author, highlighted megarounds as “the big issue this year”. The report shows how megarounds - rounds valued at more than $100 million - made up more than half of the $27 billion, totaling $14.2 billion and 52.5% of all money in 2021. Notable megarounds include Tipalti’s $270 million funding, Wiz’s $250 million, and Deel’s whopping $425 million round - all of which took place in Q4. According to the authors, the number of these megarounds jumped from 21 to 79 in a single year. Another exciting part of the report also shined a light on Israel’s position as a unicorn leader. Israel is ranked comfortably as the country with the highest number of new unicorns per capita at 5.2 per one million residents - far ahead of Singapore (1.8), the U.S (1) and Canada (0.37). In 2021, Israel gave birth to 48 new unicorns, overtaking China, and sitting in second place only to the U.S which had a total of 314. Interestingly, Israel’s billion dollar companies appear across a variety of verticals and business models, demonstrating an eclectic list pertaining to security (23%), vertical applications (19%), fintech and insurtech (18%). Another part of the report showed how the M&A market was recovering nicely after the pandemic. Notable acquisitions in 2021 included MyHeritage by Francisco Partners for $600 million, Chorus by ZoomInfo for $575 million, and Curv by Paypal for $200 million. IronSource and Bizzabo acquired four companies, the most in 2021, followed by Fiverr, OwnBackup, Nanodimension, and Guesty who each purchased three companies. “Diving into the motivation behind these acquisitions, one can see that they varied from increasing share of wallet to acquiring talent and technology,” the report stated. “However, the most dominant motivation was customer expansion. Many companies either acquired smaller companies in their existing market or entered new markets in which they can benefit from existing technology, and improve their margins.” The reasons for acquisitions included increasing the SoW (Share of Wallet), expanding customer bases, acquiring talent by absorbing a company’s employees, or inheriting the tech that has been developed elsewhere. All four motivations saw vast increases over previous years. Viola is an Israeli tech-focused investment group with more than $4 billion under management. It comprises four separate investment arms that are each focused on different stages of the tech industry: early stage, growth stage, debt and alternative lending, and a dedicated Fintech fund. It was founded in 2000 and has backed 200 tech companies, 12 of which became unicorns.