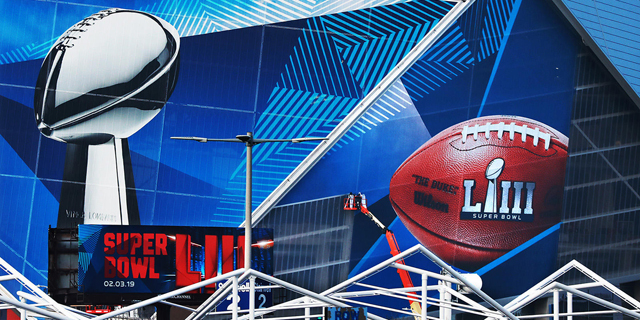 Israeli tech unicorns are coming to the Super Bowl

Gong.io and monday.com will advertise during the NFL sporting celebration, with each ad costing an estimated $5 million to air

Israeli high tech company Gong.io has tripled its advertising budget compared to last year and plans on broadcasting a commercial during the upcoming NFL Super Bowl, investing some $1.5 million. Monday.com will also advertise for the first time ever during the Super Bowl, at an estimated cost of $2.5 million. In addition to the cost of screen time, each company will invest $5 million in ads. The NFL’s Super Bowl LVI 2022 will take place on Sunday, February 13, with the Cincinnati Bengals facing off against the Los Angeles Rams. Many watch the televised event for another highlight of the evening: the numerous quirky ads. The event has turned into a show of strength for huge companies, which spend millions of dollars on airtime. The cost of this year's Super Bowl ad spot sales averaged $6.5 million per half a minute. This year, the event plans on broadcasting between 80-90 commercials during breaks.

Last year, Gong.io joined the club and aired its ads during the Super Bowl, investing $1.5 million on its campaign. Gong.io, which recently raised $250 million at a $7.25 billion valuation, noted that it decided to air ads again this year, following last year’s success. Gong.io develops an artificial intelligence-based engine that helps salespeople from high tech companies streamline their work and improve performance. The company noted that last year its ad was less amusing, but in wake of the pandemic, it has decided to take a more lighthearted and entertaining route. As part of the commercial and in line with its name, the company created special gongs - the East Asian percussion instrument - which sales teams use to celebrate closing major deals. The advertisement’s message appears to be that sales teams can use Gong’s software to celebrate a lot of done-deals, and features several gong sounds in the background of the commercial. “During last year’s Super Bowl week, we saw a record amount of website traffic that generated new business opportunities and turned into significant sales within a few months," explained Gong CMO Udi Ledergor. “When we examined our data in terms of returns on investments, it became clear that it’s worth investing even more funds in the upcoming Super Bowl. We’ve doubled our investment in media this year, and tripled our investment on the creative side to generate effective advertisements that can help the company grow.”

Monday.com, which went public on the Nasdaq in 2021 and is traded at a $9 billion valuation, is joining the exclusive club of Israeli companies who are advertising during the Super Bowl too. Monday.com, which has developed a workplace management system for organizations, is currently launching a broad campaign titled “work without limits.” Monday.com explained that its decision to run an ad during the Super Bowl is due to the company’s rapid growth, its expanding customer-base, and expansion to different segments in the market. Its commercials will last 30 seconds, and contrary to current trends, will use minimal effects, instead employing complex sets and stuntmen to illustrate that when using its software, material and physical conditions don’t impact or limit work.