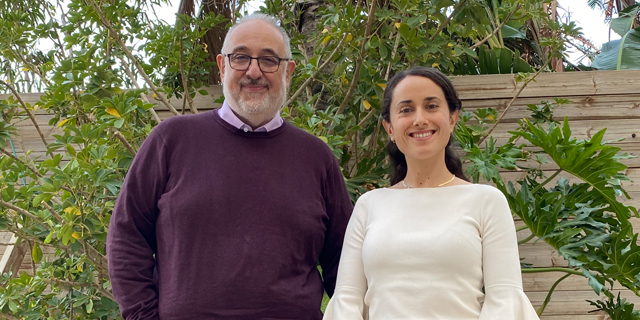 “We want humanity to use carbon measurements as currency”

Climate change is having an effect on harmful weather patterns, natural disasters, and the very air we breathe. And while many countries have pledged to curb carbon emissions, the reality may appear more daunting if humanity doesn’t take action. That’s where Albo Climate enters the picture. “We wanted to solve the biggest problem in the world: reducing carbon emissions and fighting climate change,” CEO Dr. Jacques (Jac) Amselem told CTech in an interview. Originally, the company planned to monitor the spread of a disease-causing pest, the Asian tiger mosquito, Aedes albopictus, by using its platform that runs on satellite imagery and artificial intelligence to identify water bodies where the pest bred. However, over a year ago Albo pivoted to using its platform to monitor carbon emissions from grasslands, farmlands, forests, and even urban areas. According to the U.S. Geological Survey, keeping track of carbon sequestration, where carbon dioxide is captured and stored in the atmosphere, is one method of reducing the amount of carbon dioxide to fight climate change.

The Software as a Service (SaaS) platform works by using a combination of satellite images from radar and atmospheric images to identify CO2 that has been removed from the atmosphere naturally, such as in forests where trees absorb the substance and produce oxygen. It can locate all carbon that is stocked beneath the ground via satellite, and “blue” carbon, which is sequestered and removed from oceans naturally. The SaaS platform calculates how much carbon is removed and produced at any given moment, and reports how it is stored, whether in a natural ecosystem or in farmland areas. “Knowing how we can better use land to access and reduce all the CO2 in the atmosphere is a huge market alone,” explained Ariella Charny, Albo’s CMO. “I believe that climate change is the biggest problem facing humanity, and we need to look for ways to combine technology and finance to preserve nature as much as possible,” she told CTech in an interview. Carbon “dollars” The key bottleneck, Charny explained, is measuring that carbon “difference,” and due to the heavy demand for land use projects, knowing how much carbon is being added and later taken out of the atmosphere, can be an important part of combating climate change. The best way to ensure carbon is being stored correctly on Earth is by employing sustainable farming practices, where plants conduct photosynthesis and remove CO2 out of the atmosphere naturally, turning the excess carbon into part of their biomass. Plants can also store that CO2 in the soil, and transform it into a nutrient-rich substance, where fungi, bacteria, and plants can thrive. Furthermore, soil depleted of carbon becomes useless and can contribute to food security issues, she added. Carbon removal also protects the biosphere and the animals that live within it. “We want to enable humanity to use carbon measurements as currency, and use those funds to preserve nature.” Some companies that emit high levels of CO2, such as airlines, feel as if it is part of their corporate responsibility to recorrect those wrongs, added Amselem. They offset emissions by purchasing carbon credits, where one ton of carbon is being sequestered somewhere else on Earth. That could translate to planting trees to avoid deforestation, changing activities to be greener, or donating money to farmlands to help better preserve those areas. “If a landowner - like a farmer who uses sustainable practices - plants trees or crops, then they’re actively removing carbon from the atmosphere,” said Charny. The carbon “credit” later goes to supporting activities to reduce carbon, which balances the carbon scale. 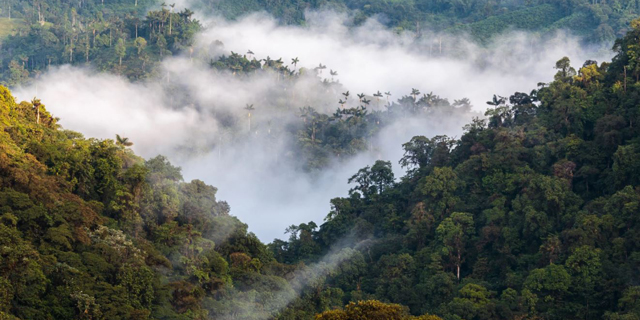 Albo has signed an agreement with companies based in Ecuador to monitor carbon sequestration, particularly in the mountainous forest area of the Mashpi area in the Chocó Andino Reserve. Photo: Albo Climate

Deescalating deforestation Deforestation is occurring at rapid paces all across Africa, South America, and Indonesia, and Albo has plans to embark on a separate project with developers in Africa to curb deforestation. Albo offers a revolutionary approach; its platform can prove that a forest in a vulnerable area is being preserved, and then sell carbon credits from the project to help protect that area. “We’re really bringing this market to scale, since not enough CO2 is being removed. We want anyone on Earth with a sizable piece of land to be connected to our platform, and calculate how much CO2 is being removed. Those people can earn money for helping protect the environment,” Charny added. Converting more land into regenerative farming land, ending deforestation, and planting more trees are all factors that can have a positive impact on climate change. But Albo wants to scale those activities in an automatic way, by overseeing all carbon fluctuations from space. Its platform uses LiDAR sensors, radars, and cameras, as well as environmental science and AI to make predictions and calculations on how carbon is being removed from the atmosphere. The satellites scan areas using LiDAR, while the AI analyzes what is actually happening and conducts statistical predictions for the next several years. The platform maps carbon on the pixel level, and can visualize changes in carbon sequestration. That change can later be monetized into carbon credits and help protect the environment. “If there’s some deforestation going on in a certain area, then it can catch it early on,” she added. And that’s where large corporations come in, such as Amazon or Microsoft who purchase these carbon credits to gain a sense of “doing good.” “We want to democratize this market for everyone,” added Charny. “Even if you have a small piece of land, you can get compensated for your sustainable practices. Someone in France could buy carbon credits from farmers in Ethiopia.” The company hopes to extend that to “micro-credits'' as well - meaning even small land owners, or parks can receive monetary compensation for doing their small part.

A guiding light On the finance end, Albo has recently closed its seed round for an undisclosed amount from a variety of angel, corporate, and venture capital groups, including the Consensus Business Group (CBG), a UK-based investment group, and Vincent Tschenguiz, a British angel investor with an eye on Israeli climate tech startups. The seed round follows Albo Climate’s completion of the Techstars Tel Aviv Accelerator in September 2020. Alongside the Israel Innovation Institute, CBG has established PLANETech to support a growing Israeli ecosystem of entities that aim to tackle climate change, with Albo parterning with the group. So far, the company has signed various agreements to monitor carbon sequestration in Ecuador with Universidad De Las Américas (UDLA) and Fundación Futuro, and use its remote sensing in the South American country’s tropical mountain forests. And what makes Israel stand out in particular? Amselem believes that the Israeli Earth observation industry is unique due to the huge know-how present in Israel in areas such as remote sensing, data analysis, and AI. “As Israelis, we also like to be a bit daring,” he added. 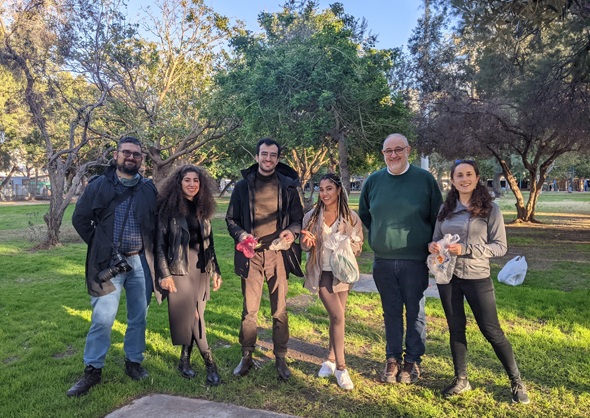 Albo aims to be a guiding light when it comes to religious, ethnic, and gender diversity, and its team of 12 hails from Israel, Ecuador, Spain, London, and Chicago. “There are very few women in space tech and agritech,” noted Charny, “and during a lot of meetings I’m sometimes the only woman on call, but I hope that is something we can change and make equality the norm.” Added Amselem: “The more diverse your group is, the more likely your solutions will be innovative, creative, resilient, efficient, and effective.” The company has also hosted other “do good” activities, including a beach clean up over the Jewish holiday of Tu B’shvat, which celebrates the renewal of trees, and in modern times many have adopted it as an environmental day. “We want to create a small microcosm of Israeli society that presents - and protects - our planet,” concluded Charny.