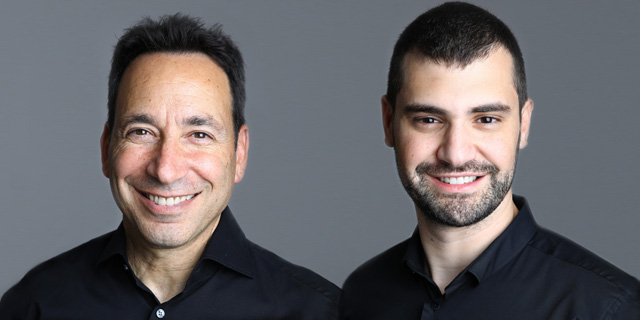 API security company Salt Security announced on Thursday that it raised $140 million in Series D funding, led by CapitalG, Alphabet’s independent growth fund. The latest investment brings the valuation of Salt Security to $1.4 billion. All the investors who have backed Salt Security in previous rounds also participated in this raise, including Sequoia Capital, Y Combinator, Tenaya Capital, S Capital VC, Advent International, Alkeon Capital, and DFJ Growth. The investment by CapitalG, less than eight months after Salt Security raised its $70 million Series C round, comes as demand for API security surges, with businesses needing to protect the APIs driving their digital transformation, application mobilization, and other IT modernization initiatives. This round brings the company’s total funding to $271 million, with $210 million raised in the last 12 months. Calcalist revealed Salt’s plans for a Series D last December. In the past year, Salt, founded in 2016 by Roey Eliyahu and Michael Nicosia, added a number of leading financial services, insurance, pharmaceutical, eCommerce/retail, and digital services companies to its customer ranks. Recent new customers include Takeda Pharmaceuticals, bp Launchpad (the digital innovation and scale up unit of bp), Markel, Icatu Seguros, Apiture, and Berkshire Bank. In the same period, Salt Security registered 500% growth in revenue, 300% growth in its customer base and 900% growth in signed customers among Fortune 500 and Global 500 companies.

One of Salt’s main rivals is fellow Israeli unicorn Noname Security, whose round at a valuation of over $1 billion accelerated Salt’s funding plans. Salt also announced the appointment of Kfir Lippmann as CFO. Lippmann led finances at monday.com from its early days when it had 40 employees through to its IPO. Additional appointments included Yaniv Balmas as VP of Research. Balmas, who is heading up Salt Labs, previously led cyber research at Check Point for eight years. “APIs provide the foundation for innovation in today’s economy. Our vision for Salt Security has always been to make it safer and easier for companies to innovate by securing APIs in the face of a growing and dynamic attack surface,” said Roey Eliyahu, CEO and co-founder of Salt Security. “We are honored to have CapitalG as our strategic partner as we achieve this vision at global scale.”

“Our investment in Salt Security comes at a time of critical importance for the wider business community. APIs are essential to enabling business innovation, but security risks are multiplying at an unprecedented scope and scale. Salt took an innovative, best-in-class approach to building its API security platform leveraging cloud-scale big data, allowing it to effectively detect and stop attacks in the wild while not compromising on strong shift left capabilities,” said James Luo, Partner at CapitalG and Salt Security board member. “Salt Security has a proven record of success as the leading solution in the market, and our conversations with customers made it clear that Salt is providing them with market-leading protection and the fastest time to value.”