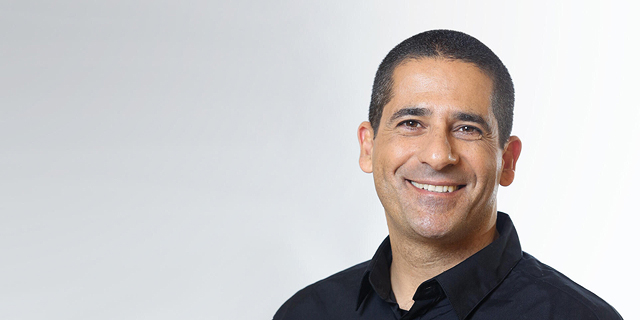 Entree for entrepreneurs: An expert shares the recipe for what makes an expert entrepreneur

Despite phenomenal success stories and Israel being known as the “Start-Up Nation”, which has recently become a “unicorn nation” as well - the chances of an entrepreneur in Israel succeeding are very small. In fact, 90% of ventures in areas like technology or restaurants fail.

"The chances of failure and the proportion of entrepreneurs who fail is simply unbearable for all parties, even for a country that finances the projects as the Innovation Authority does in Israel, both on the part of investors and on the part of the personal experiences of the entrepreneurs,” says Maaravi. “First time success in a venture is very rare. In most cases, failure in a venture is very painful for the entrepreneur because it means wandering in the desert for many years, giving up alternative income, lots of mental stress and eventually losing everything.”

From this starting point and out of this need, Maaravi decided to examine and understand who the expert entrepreneur is. In a chapter in a book edited by Prof. Gershon Tennenbaum and Dr. Yair Galili of Reichman University, "Expertise and Excellence: A Multidisciplinary Perspective," Maaravi created a model consisting of several bodies of knowledge based on entrepreneurship research that explains how entrepreneurship develops.

You can learn entrepreneurship, but not from scratch

There are a number of principles that describe what an expert entrepreneur is. The first principle is ‘a bird in hand’, the expert entrepreneur first checks what he has in hand - traits, education, experience, expertise or connections - and only then approaches the establishment of the venture.

The second principle is the 'lemonade principle', and it is not the worn-out cliché that if life gives you lemons, make lemonade. "The argument is that expert entrepreneurs do not simply overcome difficulties and crises, but every time they come up, they see it as an opportunity. They do not pull out any contingency plan but rather prepare for the situation to happen and when it does happen they see the opportunity within it,” says Maaravi.

"For example, in the current Covid-19 crisis many companies were affected and one of them I know intimately is Bizzabo. In their case, the pandemic was supposed to wipe them out completely because they developed a face-to-face conference management platform. During the pandemic there were no conferences as people were at home and did not travel. What Bizzabo was able to do was not only overcome the difficulty, by making long-term contracts with customers for the post-Corona period, but they also changed their entire structure to a system of hybrid conferences which was almost like starting over and recreating the company. The business flourished and their profits multiplied exponentially."

Another principle is the 'possible loss principle' which means that executives focus on profit but expert entrepreneurs focus on reducing losses. There are a lot of things in setting up a venture that cannot be pre-defined - even things like the product, customers or competitors - so expert entrepreneurs instead of estimating profits ask what losses can be quantified and managed and then even when working with suppliers they check what they can lose.

"I will make a distinction between studies in general and entrepreneurship studies in particular. Regarding the question of whether entrepreneurship can be studied I’ll divide the answer into three categories: there are things that can not, or are very difficult to teach, certainly when patterns are already formed in us, some even at the level of heredity. These are hard to change so I also think it's worthwhile to put in all sorts of supportive elements at early ages, even in kindergarten. When you get to the age of 20+, when you get to academic studies, these things are difficult or impossible to teach.

“The third thing is the topics that can be learned but will not be taught in class. Most entrepreneurs were unsuccessful before they became successful. They learned how to speak and how to formulate, how to do and whom to hire, the importance of an ecosystem. and so on. These things need to be learned from doing and no matter how much you are taught it will not be enough if you don’t have hands-on experience and get your hands dirty.

“Regarding the second thing, is there a connection between education and entrepreneurship? The answer is unequivocally yes and it is completely contrary to the storylines seen in all sorts of movies. Research shows that there is a link between education and entrepreneurship. There are very impactful people who have not graduated from university, like Mark Zuckerberg, but on the other side you can look at Jeff Bezos or Elon Musk who did complete their studies. What happens here is that the exception really does not indicate the rule. Because this story (about Zuckerberg) is so cool and so fun to talk about it is told and highlighted but in the end there are just a few individuals who succeed without completing their education. There has been a close connection for decades between education and success in entrepreneurship." 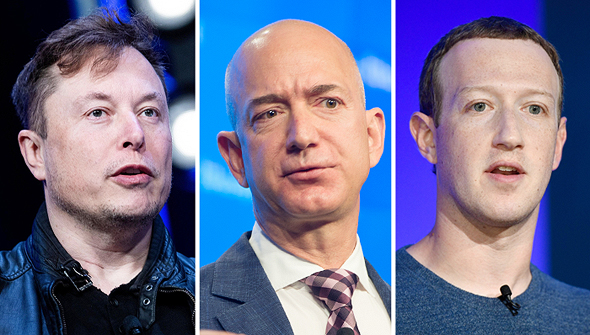 You talk about starting to educate in entrepreneurship as early as kindergarten - how can this be done?

“There are many things that can be taught and practiced (including experiential learning) from kindergarten or elementary school and can promote entrepreneurial thinking. For example, meetings with entrepreneurs as key figures to look up to, identify with and imitate. Understanding the importance of finding problems and challenges and ways to solve them through setting up ventures or projects for example: ‘There is a problem that children do not brush their teeth at all or not well enough. How would you solve it with an invention?’ Developing a sense of self-efficacy that many studies have shown a strong connection to entrepreneurial intentions and entrepreneurial activity. Also, techniques to encourage creative thinking (there are dozens of them) For example, reverse thinking. It helps to challenge the underlying assumptions about the problem and its conventional solution by enabling the raising of more vague ideas. Reverse thinking requires participants to think about the opposite perspective of things in order to expand the range of possibilities. An example that can be done with kindergarten children: kindergarten without a teacher or playing soccer without a ball and strengthening the ability to deal with failures through various exercises and stories that show how one can learn and grow even from failures.

“I think and believe that everyone should learn from the age of kindergarten or elementary school the curricula that focus on creating value, and not necessarily ventures.”

If there is a model or something in common in turning people into expert entrepreneurs? How do you explain that in Israel there are so many entrepreneurs compared to other countries in the world?

"We are not just talking about traits and learning, in the integrative model personality is one component and so is education and training, but there is more and I think in Israel almost every component in this model is very dominant compared to other places in the world. For example, one of the components is a supportive entrepreneurial environment. It contributes both to the entrepreneurial personality and to the sense of ability which will be higher in an environment and culture that encourages entrepreneurship. Israel is also changing its patterns of thinking because failures are more forgiving here than in other cultures. The most extreme of which is perhaps Japan, with the Hara-kiri culture, in which failure is impossible to bear. In Israel failure is something that is accepted, the question is whether you have learned from it.

“I do not think we have anything different in heredity or in DNA but almost all the other elements in the model exist in Israel more significantly than in other countries and this contributes to the multiplicity of expert entrepreneurs.”

For second-time entrepreneurs it is much easier to raise money from investors, could it be simply because they are already experts in pitching? What do you need to do to raise money?

"It's true that second-time entrepreneurs find it easier to raise money whether they have succeeded or failed, but for those who have succeeded it is easier. What I would measure is where they came from even if they failed. How far they have come and what they come with as a dowry from the previous experience. I think investors today, especially the leading ones, find it very difficult to fool them if there is no content and perhaps they can with the help of experience and instincts identify exactly what I am talking about - that the person becomes or is approaching becoming an expert.

“In the end, the Holy Grail of all parties is to lower the chances of failure. An entrepreneur setting up a venture for the first time, even if it is the most amazing invention, does not have the knowledge of how to set up and manage an organization including systems, organizational learning, sales, HR and so on. This knowledge is not something that just comes with the idea. This is another thing that you can be an expert in, so it is something that lowers the chances of failure in the eyes of investors."