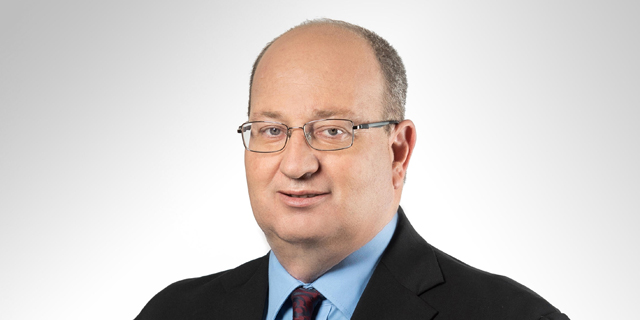 Software and security expected to drive the IPO market in 2022

With the expectations of rising interest rates to fend off inflation, experts believe that what unfolded in 2021 will not repeat itself again this year

The tumultuous start to 2022 on the stock markets is a clear indication they will have a hard time repeating the preceding year, which was a record year in IPOs. However, according to an analysis by the consulting firm Grant Thornton Fahn Kanne, companies in the field of software and security are expected to stand out amongst companies that will go public this year. In 2021, the IPO market was extremely active. In the Tel Aviv Stock Exchange (TASE), 97 companies issued public offerings (IPOs), raising a record 10.5 billion NIS (approximately $3.24 billion) from the public. In US stock markets, IPO numbers broke records as well, with many Israeli companies joining the ranks on Wall Street, especially technology firms like monday, Global-e, Payoneer, SentinelOne and others.

With the expectations of rising interest rates to fend off inflation, experts believe that what unfolded in 2021 will not repeat itself again this year. Given the volatility that the capital market has experienced since the beginning of this year, 2022 isn’t expected to yield the phenomenal returns of last year or experience similar issuance volumes. The Tel Aviv Stock Exchange is already seeing a moderate wave of IPO cancellations. However, institutional investors and investment managers estimate that good companies will be able to continue with their IPO plans, even if they must compromise on valuation. During 2021, many of the IPOs seemed to be a sure success, with companies receiving particularly generous pricing. The larger the amount raised by the company, the more likely it is to become public Which sectors will stand out in bringing new companies to the public market or feature prominently in M&As? Grant Thornton Fahn Kanne’s 2021 transaction report and analysis prepared for Calcalist shows that the immediate contenders are companies that belong to the areas of software applications, computer data security, and computer software. Grant Thornton Fahn Kanne’s analysis was conducted based on the volume and size of the companies’ fundraising in various sectors over the past few years, revealing that the more the company accumulated in money and seniority, and the larger scale of fundraising it completed, the more likely it was to reach the public stage of its life. The 2021 transaction report shows that 554 investments and exit transactions (mergers and acquisitions) were made in Israel during last year. 459 transactions were classified as investment transactions. This is an increase compared to 2020 and 2019, with a total of 345 transactions and 285 transactions, respectively. In 2020, 311 of the transactions were investment transactions while in 2019, that number only reached 233. The report also shows that more transactions (investments, mergers, and acquisitions) were made in larger amounts. Thus, in the past year, 15% of the transactions were in the range of $100 million to $1 billion, and 19% of the transactions were in the range of $50 million to $100 million. The rate of transactions in the range of $5 million to $50 million amounted to 65%. In contrast, in 2020, this rate was 74% while transactions in the range of $50 million – $100 million was 13%. The rate of transactions in the range of $100 million – $1 billion stood at 11%. According to Shlomi Bartov, CEO of Grant Thornton Fahn Kanne Consulting, “The analysis of the data and the trends that are shown in our report are based on more than a thousand transactions over several years. It shows that some industries are expected to be attractive in the capital market and the mergers and acquisitions market in the future.

“The world is becoming increasingly more digital and naturally, such sectors are taking up more space in the market. The Covid-19 pandemic period has created new models of remote work, and companies that have raised funds and adapted their business models may benefit from increased revenues in new business models.” He also mentioned that one of the most interesting areas of the market is cybersecurity. “If we take the NSO affair as an example, we can see that this event indicated the significance of the technological strength that Israeli companies have in the field. In contrast, this is a case that can harm or delay certain fundraising or issuance processes, as they could deter foreign investors.”