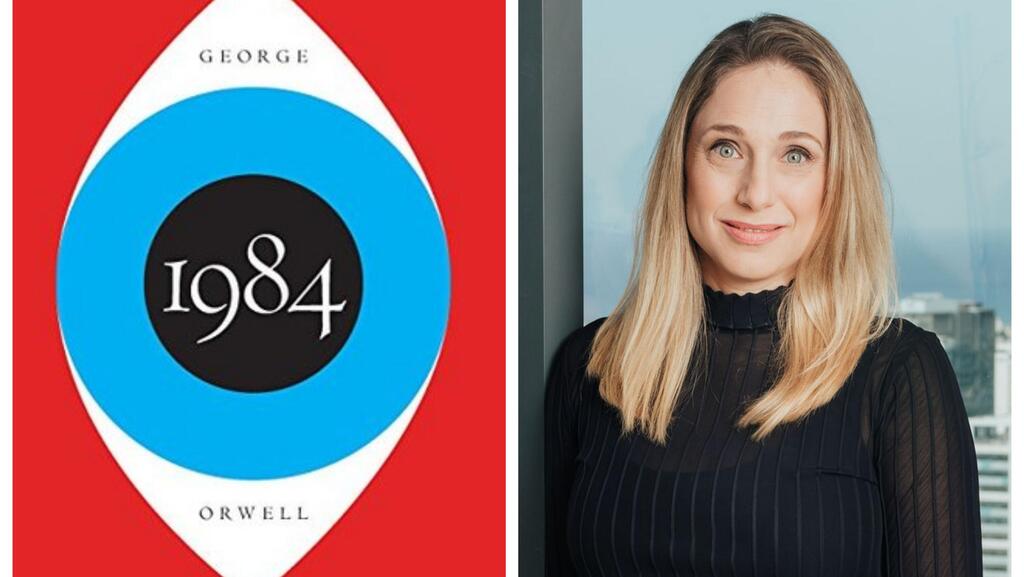 Natalie Noy is the GC & VP Corporate Development at Bookaway, a traveltech company that specializes in booking for land and naval travel. She has joined CTech to share a review of “1984” by George Orwell. 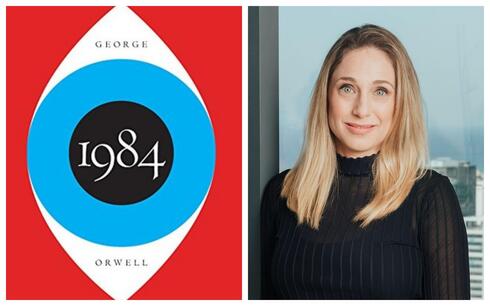 1984 is a dystopian social science fiction novel published in 1949 taking place in the futuristic year of 1984. At that time, the world evolved into three states, and the story focuses on the life of Oceania citizen Winston Smith, governed by the Party, which itself is headed by Big Brother, a fearsome totalitarian ruler. Winston is a simple worker who secretly hates the Party. His hatred escalates, as he enters a forbidden relationship, and is expressed in moderated attempts of rebellion.

Like other books written by Orwell (for example “Animal Farm”), the book is about the dangers of totalitarianism, demonstrated by the annihilation of basic human rights such as the freedom of mind, freedom of speech, privacy, and the freedom of movement, all of which executed by extreme government surveillance, brainwashing, and censorship.

Big Brother enforces his regime by employing Thinkpol (the Thought Police), the secret police who discover and punish Thoughtcrime (personal and political thoughts unapproved by the Party), using advanced technology in persecuting individuality and independent thinking.

Every few years I go back to 1984 to find another layer and another brilliant insight that I previously missed.

In 1984, the possession of personal data and implementation of data analytics has a deadly meaning. We are living in a reality where such tools are being used and implemented not only to predict social trends (such as the Arab spring) but are (too) often used to persecute journalists, minorities, or opposition. As part of Bookaway, the world’s leading online transportation services platform, the book emphasizes the responsibility that I have with respect to the information that we analyze and use.

The book emphasizes the power of the individual with respect to personal data, even in the darkest days. To avoid a spoiler, I would merely indicate that like any other secret police, Thinkpol interrogates individuals about their loved ones. As an online platform, our use of data for personalizing users' experiences should be done responsibly and carefully. It is not a secret that some organizations, like Big Brother, use big data to manipulate users or to present fake news to increase engagement. This is a slippery slide, as the world is evidencing the impact of online engagement on the physical world. On the other hand, other organizations (like Bookaway) use big data for providing users with the best offer to fit their needs. Our data not only reflects recent trends (Ski season starts/ends, Covid recovery in different parts of the world) but we also have the power to make some parts of the world more accessible than others. By reviewing our users’ feedback and engagement, we help our suppliers and the industry in general, to improve the level of service and its availability worldwide. Big data can be used for the greater good, and it is the responsibility of each one of us to see to it.

This is essential reading for everyone.

I recommend the book to every junior and senior employee who has access to big data or personal information. Your manager is not Big Brother, but people’s lives can be affected by your actions.

I recommend the book to any entrepreneur with a disruptive technology that needs to share a vision and new concepts, in a language that is yet to be invented. You are not a fearsome totalitarian ruler, but who said you can’t invent words (Google was not a word until 1998).

I recently recommended the book to my teenage daughter, not only to better understand global events (such as the civil war in Syria and the Russian invasion of Ukraine) but also to understand the power and responsibility of each one of us, as an individual, as part of a community.

I recommend the book to all parents. Read the book and think about what kind of a world we are building for our children.